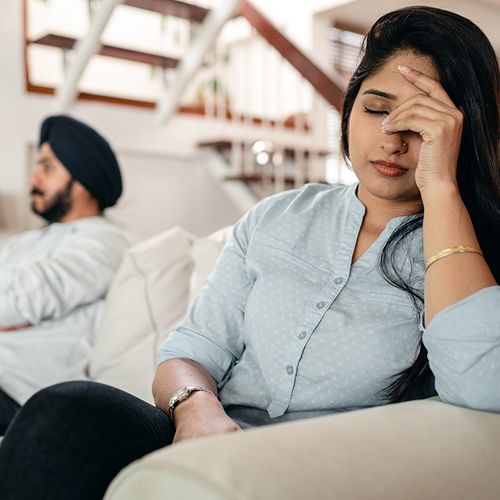 Using the word headache to describe a migraine is like referring to the space shuttle as an airplane. Technically, migraines are headaches, of course-but the suffering they cause far exceeds that of most other types. An estimated 30 million Americans, most of them between ages 15 and 55, get migraines. Women sufferers outnumber men three to one, and while the onset of menopause sometimes brings relief, it doesn't always. Fewer than half of migraine sufferers are properly diagnosed-instead, many are incorrectly told that their headaches stem from sinus problems or tension. Because treatments for other types of headaches do not alleviate migraines, millions of people suffer needlessly.

Standard treatment for migraines includes prescription drugs, such as sumatriptan (Imitrex), zolmitriptan (Zomig) and rizatriptan (Maxalt). These are intended to prevent, halt or ease migraines—but they do not work for everyone. Potential side effects include nausea, dizziness, diarrhea and sweating, and in rare cases, an increased risk for heart attack and stroke, perhaps due to blood vessel damage. When the drugs are discontinued, patients may get rebound headaches.

Good news: It is possible to reduce the frequency of migraines or prevent them by using natural, nutritional, drug-free substances.

Getting The Right Diagnosis

Migraines may be caused when arteries in the brain dilate abnormally and nerves that coil around the arteries are stretched. In response, the nerves release chemicals that cause painful inflammation and further enlargement of arteries, magnifying pain even more.

Migraine symptoms are distinct from those of other types of headaches. If you experience two or more of the following symptoms, you probably are dealing with migraines. Migraine pain may...

About 20% of migraine sufferers experience aura, a visual disturbance that typically comes on 20 to 60 minutes before the onset of pain. Aura may be perceived as flashing lights, blind spots or wavy lines in the field of vision. It may be accompanied by facial tingling, muscle weakness and/or speech difficulties, such as slurring words or having trouble finding words. Aura occurs when certain nerve cells in the brain become temporarily hyperactive, triggering visual disturbances and tingling sensations...while in other nerve cells, activity is depressed, temporarily impairing vision, speech and muscle strength.

Another clue: Up to 80% of migraine sufferers have a family history of the condition-So if a close relative has migraines, you are more likely to get them, too.

If you suspect migraines, see a headache specialist or neurologist. He/she should take a detailed history that includes your migraine symptoms...pattern of attacks...other types of headaches you have...family history of headaches.. and all of your medications. Many, such as hypertension drugs, birth control pills and nonsteroidal anti-inflammatory drugs (NSAIDs), can contribute to migraines. Hormone testing may be appropriate, as deficiencies of estrogen and/or progesterone (in women) or of thyroid hormone can lead to migraines. All of this information is vital, because no tests can definitively confirm a migraine diagnosis.

Numerous studies confirm the benefits of the vitamin-like coenzyme Q10 (CoQ10)...riboflavin (vitamin B-2).. and the mineral magnesium. Taking just one of these three natural substances can decrease migraine severity and/ or frequency by about half. In my experience, when patients regularly take all three, overall improvement can exceed 75%.

Theory: An abnormal lag in brain cells' energy production triggers the blood vessel dilation that leads to a migraine. These three nutrients support the mitochondria-structures in cells that convert oxygen and nutrients into chemical energy to power the cells' metabolic activities—helping them to work more effectively and thereby preventing migraines.

Daily prevention strategy: I suggest using all three of these substances if you get migraines once or more per month. Take them for four months. If you notice improvement, continue indefinitely. Dosages and guidelines for people age 12 and up...

These supplements are sold in health food stores, are nontoxic, rarely have side effects and generally are safe. Evidence that they work…

Possible reason: Upon exposure to a migraine trigger, excess calcium flows into brain cells, causing a sudden constriction of blood vessels...and magnesium supplementation combats this by normalizing the balance of minerals in the brain. In addition, intravenous (IV) magnesium can give fast relief from acute migraine symptoms. Although conventional doctors generally do not offer this therapy, some holistic practitioners do.

In susceptible individuals, certain foods and/ lor situations can bring on migraines. To identify your triggers, keep a diary for four weeks, noting when your migraines occur and looking for patterns.

When other treatments fail, some doctors offer injections of prescription botulinim toxin (Botox). This use of Botox is "off label-meaning it is legal but the drug has not been FDA-approved for this purpose. Since the therapy is considered experimental, insurance generally does not cover it. If a clinical trial, now in its final stage, shows Botox to be effective against migraine, it may earn FDA approval within a few years.

Some evidence suggests that multiple Botox injections in the head and/or neck can reduce the severity and frequency of migraine attacks for three to four months by decreasing the release of certain chemicals from nerve endings. Cost varies widely, from $700 to $2,000 or more.

Injections of local anesthetic can reduce the I number and severity of attacks, reports Maria Adele Giamberardino, MD. Many migraine sufferers have trigger points in the neck that, when stimulated, elicit the same pain as their migraine attacks. In a recent study, anesthetic was injected into patients' trigger points four times over a two-month period.

In two recent studies involving a total of 2.956 I people, participants received pills containing the migraine drug sumatriptan Imitrex) or the nonsteroidal anti-inflammatory drug naproxen (Aleve)...pills containing both painkilling drugs ...or a placebo.

Result: Those who took the combination pill reported better headache relief than those who took either drug alone or a placebo.

Theory: The drug combination targets several neural pathways believed to trigger migraines. A combination pill is under review by the FDA.

In a recent study, 63% of attacks in patients who were given 10 mg of the migraine nasal spray zolmitriptan (Zomig) were significantly relieved in as little as 30 minutes.

Some patients had relief within 10 minutes. Just 5 mg eased pain in half of participants.

Cluster headaches are among the most painful form of headaches, and there are few FDAapproved treatments available.

Zolmitriptan's side effects include drowsiness, tingling and chest discomfort. Zolmitriptan is a triptan, a type of drug that should not be given to patients who have heart disease, high blood pressure or blood vessel problems.

In a recent study of 200 women scheduled for I breast cancer surgery, a psychologist treated one group with 15 minutes of hypnosis (including suggestions on how to reduce pain) within one hour prior to surgery, while the other group simply spoke with a psychologist about whatever they wished.

Result: The hypnosis group needed less anesthesia and reported less pain than the other group. 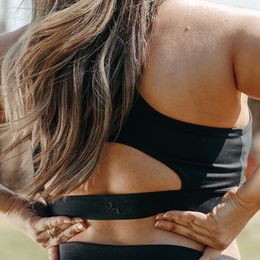 Natural Remedies a Pharmacist Has in Her Own Medicine Cabinet 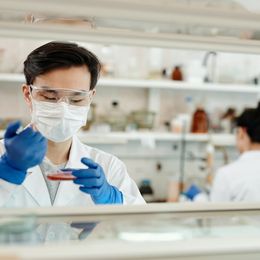