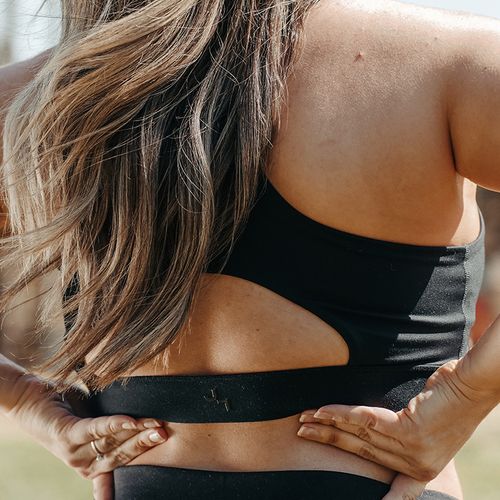 Picking up a heavy box, you get a sudden stab of pain in your lower back-and now all you feel like doing is lying down. Or while sitting at your desk, you rub your aching back, thinking resignedly that it's time for surgery. If these scenarios sound familiar, don't be too hasty to follow through—or you may regret it.

Now we know: Bed rest for lower back pain (LBP) may do more harm than good...and surgery, once routine for certain lower back problems, is usually unnecessary.

LBP can result from an injury to muscles, tendons and/or ligaments that surround the spine. Or the problem can occur in the spine itself for instance, misaligned vertebrae or a herniated disc (when the gel-like inner pulp of the disc between two vertebrae bulges out and irritates nearby nerves). Less frequently, LBP is due to nerve damage from an infection or tumor, osteoporosis (brittle bones) or problems with the kidneys or other organs.

LBP is called acute if it lasts several days to several weeks.. and chronic if it lasts a few months or more. Acute LBP typically comes on suddenly, when an abrupt twist of the body or an attempt to lift something heavy leads to a muscle strain or spasm. Acute pain may ease quickly as the tissues heal, or it may persist due to tiny tears in the muscle and become chronic. When LBP is caused by a spine problem, discomfort usually grows as the condition gradually worsens. If back pain is severe or lasts for more than a week, see your doctor or a physiatrist (a physician specializing in physical medicine and rehabilitation) Typically the cause of LBP can be determined by a physical exam, X-ray and/or MRI.

Doctors used to think that the best treatment for acute LBP was strict bed rest-and this belief persists among the general population, though many studies show that bed rest delays recovery. Obviously, you should avoid exercising or lifting until pain eases significantly, but try to stay mobile.

To reduce pain and inflammation, apply a cold pack to the sore area for about 15 minutes out of each waking hour. After 24 hours, alternate the hourly 15-minute applications between cold and heat. Heat relaxes muscles and increases blood flow to the area. Continue until pain subsides.

Also, consult a chiropractor for spinal manipulation-hands-on maneuvers that stretch and realign the spine and surrounding tissues, relieving pain.

Evidence: A study in the Journal of Manipulative and Physiological Therapeutics compared 93 LBP patients treated by chiropractors with 45 patients treated by family physicians. After one month, 56% of the chiropractic group felt better or much better, but only 13% of the other group experienced such improvement. To find a practitioner, contact the American Chiropractic Association (703-276-8800, www.amerchiro. org). If you have spinal stenosis (narrowing of the spinal canal), do not have spinal manipulation-it could damage the spinal cord.

Various natural substances can alleviate back pain. All are sold at health food stores and, unless otherwise noted, generally are safe and can be taken until symptoms are gone. Use the lower end of each dosage range if you weigh less than 200 pounds, and the higher dosage if you weigh more or if relief has not been achieved within one week. Depending on the aggressiveness of the treatment you desire, these supplements can be used individually, in any combination or even all together.

To reduce muscle pain and inflammation…

Dosage: For acute pain, take 800 mg three times daily of concentrated extract capsules (standardized to 1.5% to 3% harpagosides) for up to two weeks. For chronic pain, take 200 mg to 400 mg three times daily for up to eight weeks. Consult a doctor before using if you have diabetes. Do not use if you have an ulcer, heartburn, gastritis or gallstones...are pregnant or nursing...or take a blood thinner, such as aspirin or warfarin (Coumadin).

Alternative: A combination enzyme formula, such as Wobenzym from Mucos Pharma (866-962-6996, www.wobenzym-usa.com). Take five to 10 tablets three times daily on an empty stomach. Do not use if you take a blood thinner or have an ulcer.

Natural supplements may take 24 hours or more to provide relief. In the interim, if pain is severe, also take an over-the-counter nonsteroidal anti-inflammatory drug (NSAID), such as aspirin, ibuprofen (Advil) or napraxen (Aleve). Or ask your doctor about prescription pain medication, such as hydrocodone with acetaminophen (Vicodin).. and/or a prescription muscle relaxant, such as cyclobenzaprine (Flexeril). Take these medications as briefly as possible to minimize the risk of side effects, such as ulcers, kidney disease and/or liver damage.

Chronic LBP often results from poor posture, which misaligns the spine and weakens torso muscles. These exercise regimens can help…

Surprisingly, LBP also may result from foot problems that lead to spinal misalignmentsuch as when arches are too flat or too high (so feet roll inward or outward) or when one leg is slightly shorter than the other. A podiatrist can provide supportive custom-made orthotic shoe inserts that promote proper alignment, allowing back muscles to heal.

Spinal injury can cause back pain and…

If you experience any of these symptoms in conjunction with back pain, call 911 and be specific-"I think I'm having a heart attack" or "I think I have a spinal injury." This is not the time to be stoic about back pain.

Ouch! Sitting Up Straight Is Bad for Your Back

Despite the age-old belief that "sitting up straight" is good for your back, research shows that in reality it increases strain on the disks in your back. Hunching forward is bad for your back, too.

New study: The best sitting position for one's back is a 135-degree thigh-to-trunk angle with feet planted on the floor. This minimizes the strain on disks. The best way to achieve the 135-degree angle is by sitting on a wedge-shaped cushion with the thicker end under your tailbone to raise it slightly. But any position in which you open up the angle between thighs and back to reduce back strain and avert back pain-such as by leaning backward-is better than sitting with your legs and back at right angles.

Theory: The combination has a synergistic effect that increases the bleeding risk from each drug alone.

If you take an SSRI: Ask your doctor about taking painkillers other than NSAIDs, such as acetaminophen (Tylenol).

Acid Reflux Can Cause Chest Pain

In a study of 31 emergency room patients (median age 46) who complained of chest pain, 57% had acid levels in the esophagus high enough to indicate gastroesophageal reflux disease (GERD). Heartburn is the most common symptom of GERD, but the disorder also can cause chest pain, hoarseness and chronic cough with or without heartburn.

If you have any of these symptoms: Ask your doctor if GERD is a possible cause.

Caution: If you suffer severe chest pain that does not go away within five minutes, seek immediate medical care to rule out a heart-related cause. 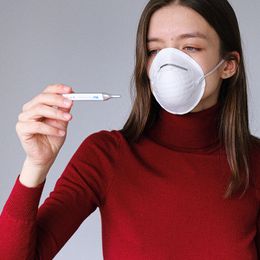 How to Live Happily Even If You're Sick 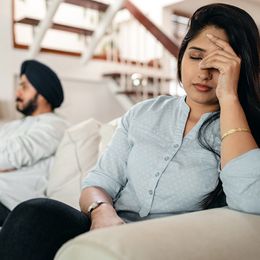