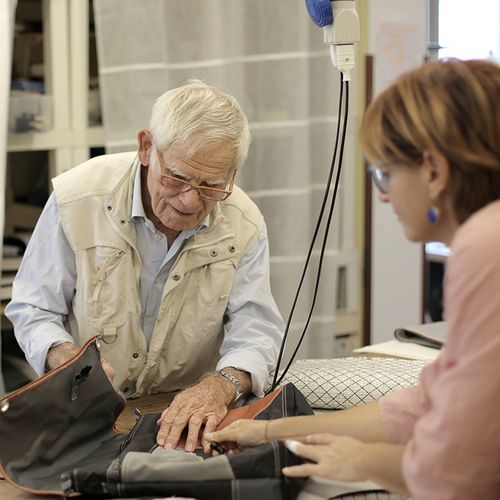 Many myths surround Alzheimer's disease, a progressive brain disorder that gradually destroys a person's memory and ability to learn, reason, communicate and even perform daily activities.

One myth, in particular, is that significant memory loss is a natural part of aging. But experts now recognize that this is a symptom of a serious illness.

Another misconception is that Alzheimer's is not fatal. While it begins with the destruction of brain cells that are important for memory, the eventual loss of cells in other areas of the brain leads to the failure of essential body systems.

Many people think that drinking beverages from aluminum cans or cooking food in aluminum pots can lead to Alzheimer's. But the Alzheimer's Association says there is no scientific proof of a link between aluminum exposure and the disease.

Researchers are narrowing in on a new treatment for Alzheimer's disease. Regular infusions of plasma-derived antibodies appear to reduce levels of the brain plaques that cause the disease. The treatment also may improve thinking ability.

The buildup of beta-amyloid protein plaques in the brain is a characteristic of Alzheimer's disease. Scientists believe the toxicity related to this buildup is a major cause of the disease. Currently, there is no way to eliminate these plaques effectively.

In a study conducted by a team from New York-Presbyterian Hospital/Weill Cornell Medical Center, researchers gave eight patients who had mild to moderate Alzheimer's disease periodic infusions of a targeted antibody, immunoglobulin (IVIg). The antibody travels to the brain and removes beta-amyloid.

"If these results are confirmed in larger, controlled trials, we might have a safe Alzheimer's treatment that is capable of clearing the amyloid protein away," says Dr. Marc E. Weksler, senior researcher.

An antibody product derived from human plasma, IVig is approved by the US Food and Drug Administration (FDA) to treat conditions other than Alzheimer's.

Nonetheless, the researchers stress that it is too soon to describe IVlg as anything more than promising, and they do not recommend that doctors treat Alzheimer's patients with IVIg yet.

Preparations are underway for a larger, controlled phase II clinical trial of Vig, the researchers say.

Two compounds that experts had hoped might slow or prevent Alzheimer's disease apparently have little or no effect.

The results from a long-awaited trial found that vitamin E did not slow the progression from mild cognitive impairment (MCT) to Alzheimer's disease, as had been hoped. Nor did Aricept (donepezil display any benefit during three years of use.

The good news: Aricept was associated with a slower progression to Alzheimer's during the first year of use.

The study was designed to see if either Aricept or vitamin E could delay the progression of a type of MCI called amnestic, which is characterized primarily by memory problems.

The researchers randomly assigned 769 patients who had amnestic MCI to receive daily either 2,000 international units (IU) of vitamin E, 10 milligrams (md of Aricept or a placebo during the three-year study period.

A total of 212 participants developed possible or probable Alzheimer's during the three years. Researchers found no significant differences between the three study groups in the progression to the disease over the three years.

During the first year, people taking Aricept displayed a reduced likelihood of progressing to Alzheimer's, but that benefit did not remain by the end of the third year.

Dr. Deborah Blacker says the results are "tremendously disappointing. Everyone thought vitamin E would work better earlier, but there's nothing there." Although Aricept appears to have some benefit in the first year of use, *We're probably seeing a real effect that is transient," Blacker says. The improvement was likely due to a temporarily slowed progression of the disease rather than any actual improvement in symptoms. "It's hard to know what the reason is," she adds.

Aricept and related medicines probably do not have much of an effect on the basic mechanisms driving Alzheimer's, theorizes Dr. Thomas M. Tisniewski, an associate professor of neurology, pathology and psychiatry at New York University School of Medicine. This would also account for why the effect was small and temporary.

While there still may be some use for Aricept, this study essentially dashes any hopes that vitamin E might be able to delay or prevent Alzheimer's. One previous study had suggested it might slow the progression of the disease. However, recent studies have suggested that daily vitamin E supplementation has more side effects than originally thought.

"It makes you less confident that it was totally harmless, which was one of the selling points," Blacker says. "'We used to think it was good for general health, and all of those things are being undermined."

According to a study, people who consume less than 14 milligrams (md of the B-vitamin niacin per day were three times more likely to develop Alzheimer's disease.

Helpful: Aim for the recommended daily intake of 14 mg for women and 15 mg for men from foods that are rich in niacin, including fortified cereal (20 mg per cup)...lean poultry (11.8 mg per half-breast)...and canned tuna (11.3 mg per three ounces). 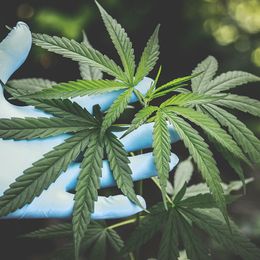 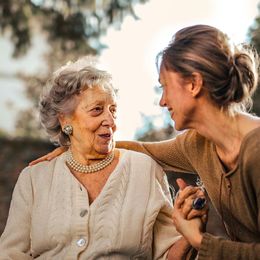