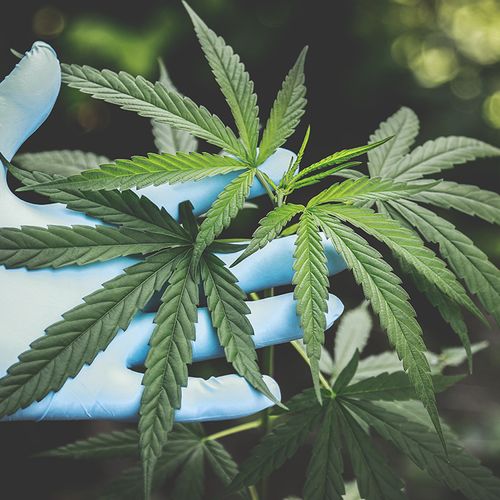 By suppressing inflammation in the brain, a synthetic marijuana compound may offer protection against Alzheimer's disease, Spanish scientists report.

The researchers studied cannabinoid receptors, called CB1 and CB2, which are proteins that bind with cannabinoids, the active ingredients of marijuana. The synergy between these receptors and cannabinoids is known to provide protective effects against inflammation in the brain and guard against cognitive decline.

In the first part of their study, they compared the brain tissue of deceased Alzheimer's patients with similar tissue from healthy people who had died at the same age. Those who had Alzheimer's had significantly reduced functioning of their cannabinoid receptors compared with the healthy group, which meant those who had the disease had lost the capacity to experience the protective effects of cannabinoids.

"This is the first time the effects of such damage have been found in Alzheimer's patients," says study co-author Maria de Ceballos, head of the neurodegeneration group at the Cajal Institute, Spain's largest neuroscience research center. "Previously, it has been known only in those with acute brain damage from trauma."

Then, the researchers studied four groups of rats. ln the first, they injected amyloid, a protein *Dt activates immune cells and leads to cognitive decline, into the brains. Another group of rats received injections of a control protein. The third group of rats was injected with cannabinoids along with amyloid. The last group received cannabinoids with the control protein.

The scientists further confirmed that the amyloid protein activated the immune cells in the rats' brains, causing inflammation. But the cannabinoids counteracted this effect and reduced the inflammation.

De Ceballos says the findings suggest that those who are known to be at risk for Alzheimer's could benefit from using cannabinoids to slow the progression of the disease. But, she cautions, much work remains to be done before this research can be put to clinical use.

Alzheimer's experts warn this is only preliminary work because it studied only tissue in animals to find the beneficial effects of the cannabinoids-far from an endorsement of marijuana use in preventing Alzheimer's.

"The paper doesn't reflect any thought that people should use marijuana as any kind of therapeutic agent for Alzheimer's. It would be irresponsible to suggest that," says William Thies, vice president of medical and scientific affairs for the Alzheimer's Association.

By looking at a new possible agent that could be useful in moderating the pathology of Alzheimer's, Thies says, the study examines possible ways the disease advances, including the effects of cholesterol, inflammation and the presence of amyloid proteins.

"Certainly, every one of these papers that gives us new possibilities to explore is welcome," he says. 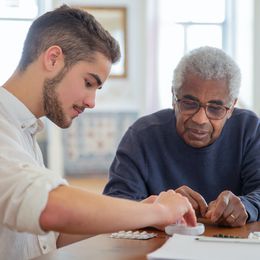 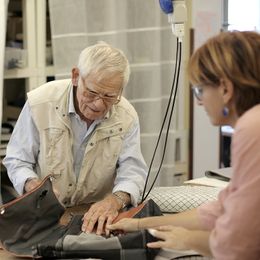