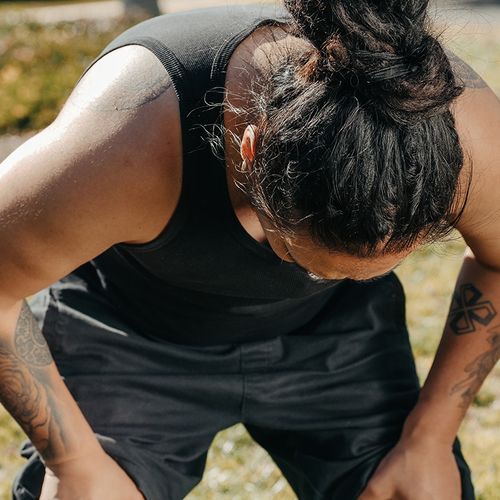 Even though most people associate rheumatoid arthritis (RA) with joint pain, this is not always the most serious part of the disease. Unlike osteoarthritis (the more common, wear-and-tear form of arthritis), RA is accompanied by systemic inflammation that can affect not only the joints, but also the eyes, lungs and the heart.

Latest development: Research presented at the recent annual meeting of the American College of Rheumatology (ACR) suggests that adding a blood test to the criteria now used to diagnose RA will allow more patients to receive prompt treatment, greatly reducing their risk for joint destruction as well as inflammatory damage to other parts of the body.

When doctors diagnose a person with RA, they look for several criteria, including morning joint stiffness that lasts for more than an hour... symptoms affecting three or more joints (such as those in the hands, feet and hips)...and a positive blood test for an antibody known as rheumatoid factor.

Among the changes proposed by the ACR is a recommendation for anti-CCP testing. This blood test, which is becoming more widely available, measures levels of anti-cyclic citrullinated peptide (anti-CCP) antibodies. Anti-CCP is a more accurate indicator of RA than the antibody rheumatoid factor, which can be elevated by other conditions, such as liver disease.

What Is Rheumatoid Arthritis?

Rheumatoid arthritis (RA) is an inflammatory disease that causes pain and swelling in the joints, especially those in the hands and feet. The exact cause of RA is unknown, but it has been linked to a malfunctioning immune system that attacks the body's own tissues. RA is the second most common form of arthritis (after Osteoarthritis), affecting 2.1 million Americans.

RA cannot be cured, but people who start RA drug therapy within a year of the initial diagnosis typically have better remission rates (having no symptoms and no sign of disease progression over a period of one year) than those treated later.

Sobering: Joint destruction occurs in nearly 100% of patients who rely solely on over-the-counter (OTC) pain relievers, such as aspirin and ibuprofen (Advil). In contrast, those who use standard RA treatment favored by doctors-prescription medications known as disease-modifying anti-rheumatic drugs (DMARDS)-suffer less joint destruction and require up to 50% less joint surgery, including joint replacement.

Drawbacks: The immune-suppressing effect of these drugs helps control RA but also may increase the risk for infection, as well as some cancers, such as lymphoma (cancer of the lymph nodes).

Self-defense: Patients taking a non-biological DMARD should get recommended vaccinations—such as those for the flu and hepatitis A and B and ask their doctors about routine cancer screenings

Warning: Some biological DMARDs also can increase the risk for infection as well as certain cancers, such as lymphoma.

In a study presented at the ACR meeting, researchers compared 553 RA patients with 574 people without RA. People in both groups were free of cardiovascular disease at the beginning of the study. A decade later, patients in the RA group were twice as likely to have had a serious cardiovascular event, such as a heart attack or heart failure.

Why: The chronic inflammation caused by RA irritates the linings of blood vessels, stimulates the accumulation of plaque and increases the risk for clots.

Important: RA patients need to be extra vigilant about reducing cardiovascular risks—by not smoking, reducing cholesterol, controlling blood pressure and body weight, and staying active. Patients who start therapy with DMARDS promptly have a lower cardiovascular risk-in part because they're less likely to need cortisone or other artery-damaging drugs.

In some patients, the inflammation-fighting omega-3 fatty acids in fish oil supplements relieve pain about as well as OTC painkillers. The supplements also can reduce kidney or arterial inflammation linked to RA.

Caution: Fish oil may increase the effects of blood-thinning drugs.

Long-term therapy with methotrexate can deplete levels of folic acid, a vitamin that plays a role in the formation of red blood cells and the metabolism of amino acids. Patients using this drug should ask their doctors about taking a folic acid supplement-typically, 1 mg daily.

Also important: Because the inflammation associated with RA can promote the breakdown of bone that accompanies osteoporosis, RA patients should consult their doctors about osteoporosis prevention and bone-density testing.

In a recent study, bone mineral density (BMD) was found to have stopped declining and, in some cases, to have increased in women who took the osteoporosis drug alendronate (Fosamax) for five years and then stopped. Women with a low risk for fractures (who have not had fractures or whose BMDs are only moderately low) may be able to discontinue use of bone-building drugs after five years.

New Drug Could Save Your Life

An osteoporosis drug given after hip fracture A cuts chances of another fracture and lowers the risk for death. Patients given zoledronic acid (Reclast) within 90 days of surgery for a hip fracture had a 28% reduction in death rate and were 35% less likely to suffer another fracture in the next two years. Among elderly patients who fracture a hip, 15% to 25% die within a year-50 wide use of Reclast, which is given by injection, could save many lives. Other drugs similar to Reclast-such as Fosamax, Actonel or Boniva and known as bisphosphonates—may have similar benefits. Ask your doctor for details.

People who have low bone-mineral density should consider teriparatide (Forteo) for bone building instead of Fosamax, says Kenneth Saag, MD, MSc. Forteo more than doubles bone density compared with Fosamax. (Side effects are similar) It also may be a better choice for patients who have had fractures or who have osteoporosis caused by long-term steroid use. Forteo is given by injection once a day by a health professional or you can be shown how to do it yourself. It is covered by insurance under specific circumstances.

Bone-Density Drugs May Cause Osteonecrosis in Some

Some patients who take alendronate (Fosamax) or its close cousin risedronate (Actonel) develop osteonecrosis of the jaw, a bone disease, It often is discovered after a tooth extraction or other dental surgery. The jawbone may fail to heal properly, causing pain, infection, loose teeth or other problems. Bones elsewhere in the body are not affected.

The risk for developing osteonecrosis is low, and much lower than the risk for a bone fracture because of untreated osteoporosis.

However: People who use Actonel or Fosamax, especially those on chronic steroid therapy, such as for rheumatoid arthritis or asthma, should consider stopping it for several months before and after oral surgery. 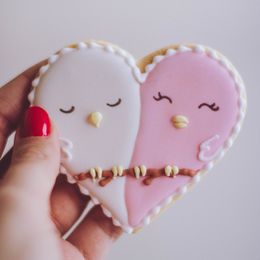 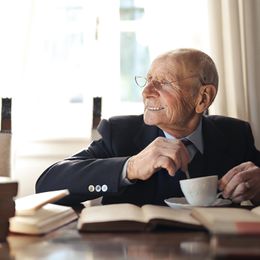