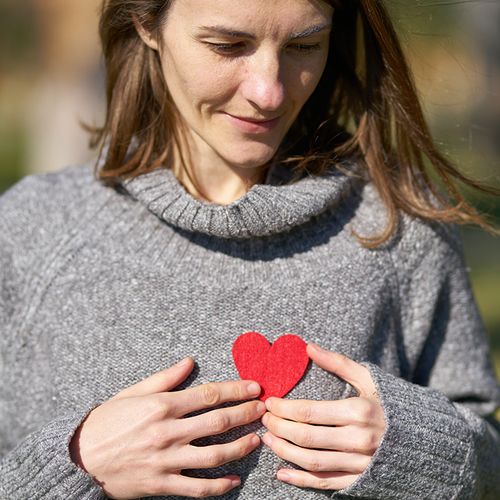 What's a heart patient to do? There seems to be no easy answer to the question of whether it's better to have your arteries propped open with a bare metal stent or a higher-tech, drug-eluting one...or none at all. The bare metal stent carries a risk that the blockage will recur...the drug-eluting one brings an increased risk of blood clots...and there are some cases in which stent placement actually worsens outcomes, though clearly doing nothing at all can be dangerous as well. The answers to these complex questions are continually revised as medical research keeps evolving. Stents themselves represent a real breakthrough in cardiovascular medicine-they're faster and less invasive than bypass surgery at opening a blocked artery when a person is having or is at severe risk for a heart attack. However, attempts to refine the technology have failed to produce a clear-cut advantage either way.

Harlan M. Krumholz, MD, is professor of medicine (cardiology), investigative medicine and public health at the Yale University School of Medicine and director of the Yale-New Haven Hospital Center for Outcomes Research and Evaluation. According to Dr. Krumholz, both types of stents are viable options, since doctors have learned how to minimize the risks associated with drug-eluting ones-although there is always some risk involved with any intervention. The best answer ultimately depends on the priorities and risk profile for each patient.

Is It Still A Controversy?

Though it stirred up the cardiology world at the time, Dr. Krumholz said that the controversy about the propensity of patients to develop blood clots after insertion of drug-eluting stents has calmed down, since patients who get this higher-tech medical device are now routinely prescribed anti-clotting medications. Proper therapy mitigates the risk, Dr. Krumholz said. Discuss the particulars of your situation with your doctor.

When it comes to cost, however, the questions sort out differently. The costs associated with drug-eluting stents are significantly higher than bare metal stents, which means patients (and doctors) are often faced with trying to decide the most cost-effective form of treatment. Those individuals at lower risk for re-narrowing of the blood vessels may do better with the bare metal stent, while others who have difficulty taking the medication and/or are unlikely to take it for the necessary 12 months may need to weigh that as a factor. These issues can only be resolved by asking the right questions and getting honest answers.

One hospital group in the Midwest has found a solution. There is a new and innovative Webbased program now in use at the Saint Luke's Mid America Heart Institute in Kansas City, Missouri. It is software designed to be used as part of the decision-making process. Cardiac patients and medical staff work through the program together-it creates a customized risk assessment for each type of stent with clear explanation of the risks that accompany each. Called PREDICT and initially designed as a way to improve the informed consent process, the program personalizes the risks in a way that makes it very easy to understand. A study of the system, published in Circulation: Cardiovascular Quality and Outcomes, a journal of the American Heart Association, focused on how helpful patients found these individualized risk assessment/consent forms. Researchers reported that patients who used the PREDICT system understood their risks better, had better recall of the details of the procedure and less anxiety about the treatment process.

Such tools may well represent a new direction for helping to make medical decisions that match patients with the procedure most likely to be successful in their particular case.

In the first two years of an ongoing study, patients who had endovascular repair (performed through a catheter inserted into an artery) were no more likely to die than those who had the standard abdominal incision procedure—and they had less blood loss, needed no transfusions and spent less time in the hospital. Until the study is completed, patients with an aneurysm of less than 55 centimeters should talk with their doctors about watchful waiting-holding off on repair while continuing observation.

Are You at Risk for DVT?

In a study of 46 men and women with superficial vein thrombosis (clotting in blood vessels close to the skin), 24% of the patients were found to also have deep vein thrombosis (DVT), a condition in which blood clots form-usually in the leg-and can break away and travel to the lungs or brain, causing stroke or death.

If you have been diagnosed with superficial vein thrombosis: Ask your doctor to evaluate you for DVT.

Dangerous Blood Clots Are Likely Up to 12 Weeks After Surgery

Patients who have recently undergone surgery are up to 110 times more likely to be admitted to a hospital because of potentially fatal thromboses (blood clots) than people who have not had surgery.

Self-defense: Anticlotting drugs and physical measures, such as compression stockings, can reduce risk.

Compression Hose No Help After Stroke

Study: Ultrasounds done up to a month after immobilizing strokes revealed almost no difference in DVT rates among patients who wore hose and those who did not.

But: 5% of hose wearers had skin problems (blisters, tissue death), compared with only 1% of non-hose wearers.

Researchers followed 8,574 adults for eight years. They found that those with microalbuminuria (high levels of the protein albumin in the urine) had a 40% risk for blood clots in the legs or lungs-a condition known as venous thromboembolism (VTE) compared with 12% for those with normal albumin levels. VTE can be life-threatening if a detached clot lodges in the heart, lungs or brain. If you are at risk for VTE (due to family history, for example), ask your doctor about testing your albumin levels annually. 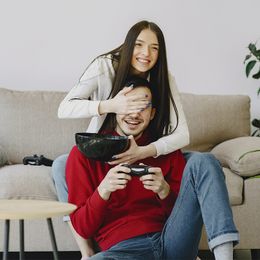 How Kidney Disease Can Hurt Your Blood Vessels