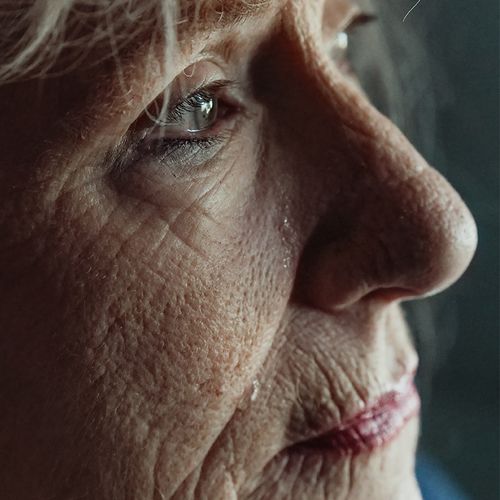 When most Americans go to a medical doctor, they leave with a prescription for medication or a recommendation for surgery or radiation therapy. Few people are aware of an entirely different approach known as functional medicine, which treats the causes of disease rather than the symptoms.

Functional medicine is supported by new discoveries in systems biology," which maintains that disease is caused by imbalances in core systems of the body, such as the digestive system. Systems biology is so important that the National Institutes of Health (NIH) is spending hundreds of millions of dollars to incorporate these principles into the current body of scientific research.

How I have used functional medicine to treat the following conditions…

John, a 70-year-old businessman, consulted me after he was diagnosed with dementia and had begun to decline rapidly. He had become irritable, was unable to interact with his family or run his business, and had short-term-memory problems.

In conventional medicine, doctors wait until dementia-like symptoms develop, then they prescribe medication that does little to improve those symptoms.

John had extraordinarily high levels of mercury (as determined by urine tests)...insulin resistance (an inability of the body's cells to efficiently use blood glucose)...and severe gastrointestinal problems. For 40 years, he had taken drugs, such as the tranquilizer trifluoperazine (Stelazine), because his doctor had believed that John's irritable bowel syndrome (IBS), a condition that causes abdominal pain, constipation and/or diarrhea, had stemmed from psychological problems. He also was deficient in vitamin B-12 and folic acid, which are essential for cognitive functioning.

Solution: I prescribed dietary changes to correct John's insulin resistance and various nutritional supplements, including vitamin B-12, folic acid and fish oil, to improve brain function. I treated his mercury toxicity-caused in part by eating mercury-tainted fish-with chelating agents, which remove metals from the body. Within a year, he no longer displayed symptoms of dementia.

Most medical doctors do not diagnose diabetes until a patient's fasting blood sugar (glucose) level is elevated (126 or above)—at which point, medication is prescribed. Conventional medicine takes a similar approach to treating the other health problems with which Edward had been diagnosed.

Functional medicine approach: I worked with Edward to correct the insulin resistance that had triggered his diabetes. With blood tests, we can detect insulin imbalances decades before glucose rises to dangerous levels and intervene to prevent diabetes. Edward's insulin resistance was largely due to a diet that was high in refined flour and sugar as well as saturated fat. In addition, he got virtually no exercise.

Solution: I advised Edward to eat protein (such as lean poultry, fish, eggs, legumes, nuts, seeds and tofu) in the morning to help regulate his insulin levels and curb his appetite and sugar cravings. I also increased his intake of omega3 fatty acids to reduce his blood sugar levels and control inflammation...recommended that he eat more fiber (50 g daily) to slow down his body's absorption of sugar and suggested that he eat three meals and two snacks a day for better blood sugar and hormonal control.

Result? He lost 140 pounds in 18 months and has no signs of diabetes

Alexis, 45, had suffered from the gastrointestinal disorder IBS since she was a teenager. Her primary symptom was sudden, painful, cramping diarrhea as well as bloating after every meal, especially if she ate starchy foods. She also suffered from rectal itching, which is often a sign of yeast infection, and food allergies.

Functional medicine approach: IBS can be caused by a number of factors, such as a disruption in the balance of "good" and "bad" bacteria in the digestive tract, yeast infection and food sensitivities—especially to gluten, dairy products or eggs.

A special breath test showed that Alexis had too much bacteria in her digestive system as a result of a diet that was high in sugar and low in fiber. In her small intestine, the bacteria fermented the food she was digesting, particularly sugar or starchy foods. This led to bloating after meals and diarrhea attacks.

Solution: I prescribed an antifungal drug, fluconazole (Diflucan), to treat her yeast problem...asked Alexis to stop eating foods to which she was allergic (dairy and wheat) for a period of three months...and recommended that she take probiotic supplements, "good" bacteria to normalize her gut, as well as zinc to help activate enzymes in her digestive system.

I advised Alexis to consume extra fiber as well as fish oil and turmeric to reduce gut inflammation, and vitamin B-6, magnesium and a traditional Chinese herbal formula to balance her estrogen and progesterone levels (which are greatly affected by abnormal gut bacteria).

When Alexis returned two months later, her IBS symptoms had been eliminated, and she had lost 20 pounds. She looked and said she felt 10 years younger.

Delicious Ways to Fill Up On Healthy Omega-3s

The three major sources of omega-3 fatty acids, which reduce inflammation in the body and protect against heart disease, are flaxseed, walnuts and fatty fish, such as salmon and mackerel. Of these sources, flaxseed has the lowest number of calories ounce for ounce. Each of the following provides 1,000 mg of omega-3s—two teaspoons of ground flaxseed, which has about 25 calories... five walnut halves, with approximately 70 calories.. and two ounces of cooked salmon (wild Atlantic salmon contains about 100 calories, and farmed Atlantic salmon has about 115). To get the anti-inflammatory benefits of omega-3 fatty acids, I recommend consuming 2,000 mg of omega-3s daily—from flaxseed or other sources.

Nutty Ways to Protect Your Heart

Best: Eat a moderate-sized handful of nuts every day. 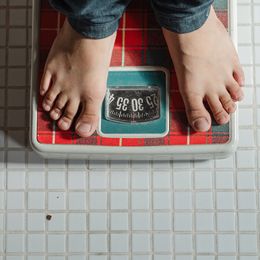 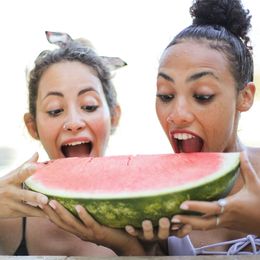