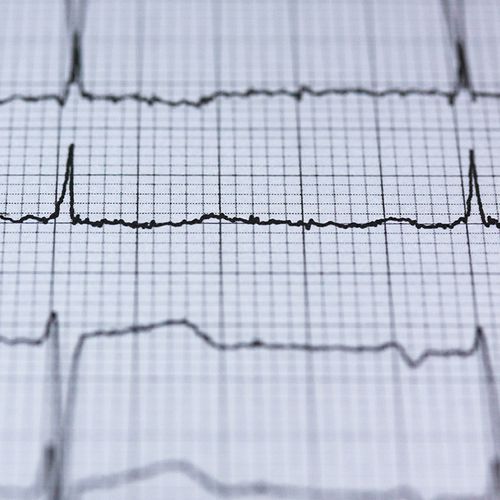 Acute coronary syndrome is an umbrella term that includes people with angina (chest pain) or prior history of heart attack.

The finding "opens up a new area for treating this very common condition," said study coauthor Eugene Braunwald, MD, professor of medicine at Harvard Medical School and a cardiologist at Brigham and Women's Hospital in Boston.

The study could help Xarelto expand the ranks of common blood thinners, which for decades were dominated by old standbys such as warfarin (Coumadin) or, more recently, clopidogrel (Plavix).

Xarelto has been approved by the US Food and Drug Administration to treat an abnormal heart rhythm called atrial fibrillation and to prevent the formation of blood clots after hip and knee replacement surgery.

The recent trial included more than 15,500 people who had been hospitalized for acute coronary syndrome. Participants received either a low dose 6 milligrams (mg) or a very low dose (25 mg) of the new blood thinner or a placebo, in addition to standard care. The medications were given twice daily for an average of 13 months.

People who received either dosage of Xarelto had a lower risk of heart attack, stroke or death when compared with their counterparts given a placebo. Specifically, there was a 16% decrease among patients in the 2.5-mg group and a 15% decrease in the 5-mg group, the researchers reported.

Among the participants taking the 25-mg dose, there was a 34% reduced risk of cardiovascular death and a 32% lower risk for death from any cause. Similar reductions were not seen among people taking the 5-mg dose, however.

However, addition of the new drug did boost the odds of a common blood-thinner side effect: bleeding, including bleeds within the brain. However, this increase in risk was confined to nonfatal bleeds, the research team reported, and the incidence of bleeding fell when patients took the smaller versus the larger dose of Xarelto.

Dr. Braunwald said risks for bleeding must always be balanced against the benefits of any anti-clotting medication. "I'd rather have a patient walk out of a hospital with a bleed than [leave through the morgue," he said.

The study, funded by the drug's makers, Johnson & Johnson and Bayer Healthcare, was published in the New England Journal of Medicine and presented at the annual meeting of the American Heart Association in Orlando, Florida.

Another study author, C. Michael Gibson, MD, was encouraged by the findings.

"We have not seen a mortality reduction like this in cardiology for a few decades," said Dr. Gibson, who is chief of clinical research in the Division of Cardiology at Beth Israel Deaconess Medical Center in Boston. "This is secondary prevention for people who have weathered the storm and survived."

Secondary prevention refers to staving off a future coronary event among people who have already had a first one. By contrast, primary prevention is aimed at keeping that first event from occurring.

The benefit from Xarelto was consistent across all subgroups, Dr. Gibson said. "There is more bleeding," he said, "but no excess fatal bleeding or bleeding that leads to disability. I think it will be a game-changer."

According to Dr. Gibson, one big issue with the old standby drug Coumadin is that doses must often be adjusted. However, using Xarelto to manage atrial fibrillation has typically been more of a "one-size-fits-all” situation, he noted.

When it comes to managing acute coronary syndrome, this trial has shown a "smallest-size-fits-all" result for Xarelto, Dr. Gibson said, with the 2.5 mg dosage performing better. "Less is more," he added.

Before moving forward, Xarelto needs further study among people who are at high risk for bleeding, Matthew T. Roe, MD, and E. Magnus Ohman, MD, of Duke University Medical Center in Durham, North Carolina, wrote in an accompanying editorial in the journal.

They point out that better ways of predicting which patients are at risk for drug-related bleeds is also needed. Still, they wrote, "the results of this study indicate that rivaroxaban (Xarelto) will play an important role in the future of optimized secondary prevention."

For his part, American Heart Association past president Gordon F. Tomaselli, MD, said that Xarelto and other, newer drugs may offer options to patients beyond warfarin. Other members of this relatively new class of drugs now include dabigatran (Pradaxa) and ticagrelor (Brilinta).

"Xarelto and the others are important new medications that are easier for patients to take and do not interact as much with other medications or foods," said Dr. Tomaselli, who is chief of cardiology at Johns Hopkins University School of Medicine in Baltimore. They do cost more, but they don't require as much monitoring, including frequent blood draws, he explained.

"For many people who hate taking warfarin, because it interferes with what they eat or take, these drugs are good alternatives," he said.

Similar Drugs Not As Effective

Other anti-clotting medications in development did not perform as well, according to two other studies also presented at the heart association meeting, and also published in the New England Journal of Medicine.

One study, led by Pierlugi Tricoci, MD, PhD, of Duke University, looked at a blood thinner called vorapaxar. In a study involving nearly 13,000 patients with acute coronary syndromes, adding vorapaxar to standard treatment did not significantly reduce patients' risk of dying from heart disease, risk of heart attack, stroke or rehospitalization. The drug did boost patients' odds for major bleeding, however.

And in another trial, the drug apixaban (Eliquis) was pitted against another mainstay blood thinner, enoxaparin (Lovenox), in more than 6,500 patients with congestive heart failure at high risk for dangerous clots. Researchers led by Samuel Goldhaber, MD, of Brigham and Women's Hospital and Harvard Medical School found that Eliquis did not outperform Lovenox and was also linked to more bleeding.

The vorapaxar study was funded by drug maker Merck, while Bristol-Myers Squibb and Pfizer supported the Eliquis/Lovenox trial.

Either boceprevir (Victrelis) or telaprevir L(Incivek) is taken with two other drugs—pegylated interferon alpha and ribavirin.

Recent finding: The three-drug combination effectively cured more than 70% of patients in clinical trials, compared with 20% to 40% cured by the two-drug treatment. The treatments are expensive, and insurance coverage varies.

Some drugs prescribed in ERs, such as propoxyphene for pain, may be dangerous for older adults who already are taking a variety of drugs. The medications prescribed may have a larger and longer-lasting sedating effect on older adults and may increase the risk for falls at home and other complications.

Self-defense: Carry a list of all medicines and supplements that you use with you at all times, including dosage information. If someone is bringing you to the hospital, be sure that person has a copy of the list to give to hospital personnel. Consider asking the physician if there are safer alternatives to the drugs prescribed, especially pain medications. 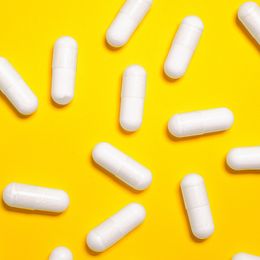 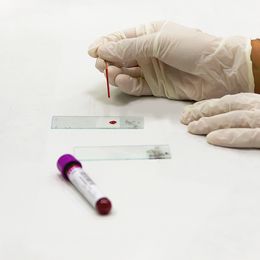