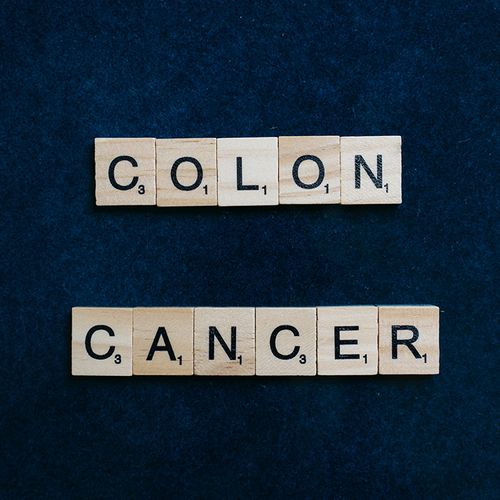 A highly targeted drug called cetuximab (Erbitux) is the first to extend the survival of patients with advanced colon cancer who have otherwise proved resistant to conventional chemotherapy, Canadian researchers confirmed.

Cetuximab is one of a special class of medications called biologically targeted therapies, which destroy some types of cancer cells while causing little harm to healthy cells. The drug, which costs about $10,000 a month in the United States, appears to be effective in only about one-third of colon tumors, based on their specific gene profile, experts added.

"That's a significant number, but it still leaves a large proportion (of patients who aren't benefiting," noted lead researcher Derek Jonker, MD, assistant professor, division of medical oncology, at the University of Ottawa and a medical oncologist at the Ottawa Hospital.

Nevertheless, the success of any new drug is welcome, he added.

"Until now, no anticancer therapy had demonstrated an improvement in survival in patients for whom chemotherapy was no longer effective, and for whom supportive care was the only available treatment," Dr. Jonker said. "So, cetuximab provides new hope for these patients."

The National Cancer Institute of Canada funded the study, along with ImClone Systems and Bristol-Myers Squibb, the two companies that developed the drug.

Colorectal cancer is the third most common kind of cancer and the third leading cause of cancer death in the United States. As Dr. Jonker explained, most patients are treated with either surgery or conventional chemotherapy, which typically targets cellular DNA.

Unfortunately, almost all patients with advanced or metastasized colon cancer will develop resistance to standard chemotherapy drugs, he said.

"However, now we have a new class of drugs known as the biologically targeted therapies, such as cetuximab, and these drugs are targeted to different aspects of the tumor biology," Dr. Jonker explained. "Many of them are targeted at receptors or signals that trigger a cancer cell to grow."

In the case of cetuximab, the drug's target is the epidermal growth factor receptor (EGFR), which is found in especially high concentrations on colon cancer cells. Because biologic drugs are finely targeted to affect cancer cells and not healthy cells, they typically have fewer side effects than standard chemotherapy.

In 2004, the US Food and Drug Administration granted cetuximab conditional approval for use in patients with late-stage, chemotherapy-resistant colon cancer. At the time, the agency stated that full approval hinged on the outcome of the Canadian trial.

Based on the new findings, the agency followed through and gave the drug its full approval for this new indication.

In the trial, Dr. Jonker's team administered individualized doses of cetuximab to 287 colon cancer patients treated between late 2003 and August 2005. All of the patients had proven resistant to standard chemotherapy. Another 285 patients received supportive/palliative care only—the usual option for patients in this situation.

Compared to those who didn't receive the drug, overall survival for patients receiving cetuximab improved by 23%, while survival without any sign of disease progression rose by 32%, the research team reported.

The incidence of side effects-including skin rash-was 785% in the cetuximab group versus about 59% for the control group.

One key point, however, was that increases in survival were found only among the 31.4% of patients who actually responded to cetuximab, meaning that their cancer stopped growing.

That's probably due to the fact that cetuximab (as well as a related drug, panitumumab) only works against a specific subtype of colon cancer cell—those carrying an unmutated version of a particular gene called KRAS.

"Mutated KRAS almost guarantees no benefit" from cetuximab, said one expert, Axel Grothey, MD, a professor of oncology and chairman of the colorectal cancer group at the Mayo Clinic, in Rochester, Minnesota.

For that reason, he said, pre-treatment gene testing may prove crucial to decisions as to whether a particular patient receives cetuximab or not.

Because it is so expensive—the costliest drug used today against colon cancer—and because it can induce side effects, "I would like cetuximab to be used in a more individualized way," Dr. Grothey said.

He said that most cancer centers, including the Mayo Clinic, do not yet have technologies in place to test tumors for KRAS, but many are looking into it.

Dr. Jonker agreed that, ideally, KRAS testing and the use of cetuximab would go hand-in-hand. That way, he said, "We wouldn't have to put (patients) through treatment, and we wouldn't have to suffer the cost of treatment for people who may not even respond to the drug."

Studies are already under way to see if adding cetuximab to other therapies will boost survival even further, Dr. Jonker said. "The future of cetuximab is likely to be in combination with chemotherapy or other biologically targeted therapies, where the benefits of cetuximab might be further enhanced," he said.

The drug might also work better if given earlier in the disease process, before patients have developed resistance to chemotherapy.

In any case, the Canadian trial does give colon cancer patients some new reason for hope, Dr. Grothey said. "We need this drug," he said, "and we probably need it even earlier.”

A recent study found that men who carry the most excess weight had more than twice the risk of thin men. Excess weight raises blood levels of insulin, which is believed to influence colon cancer risk. The risk also increased in women up to age 66. In older women, the relationship between colon cancer and body mass was not significant.

In a recent study of patients with Barrett's I esophagus (damage to the lining of the esophagus that can lead to esophageal cancer) 12 individuals received radiofrequency ablation, which uses concentrated radio waves to burn away the layer of abnormal cells in the esophageal lining

Result: Three months later, 50% of the patients had healthier esophageal tissues. To find more information about clinical trials of the procedure, go to www.clinicaltrials gov and click on "Search for Clinical Trials."

In a recent study of 104 patients with a type of I kidney cancer known as renal cell carcinoma (RCC), participants were treated with radiofrequency ablation (RFA), in which a needle-like probe heats and destroys cancerous tissue. A single treatment destroyed all tumors smaller than 3.7 centimeters (about 1.5 inches).

Self-defense: If you have been diagnosed with RCC and are not a good candidate for surgery because of high risk for surgical complications, ask your doctor about RFA. 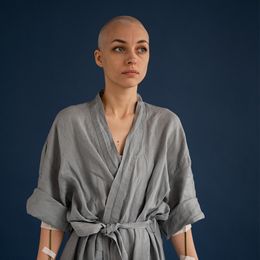 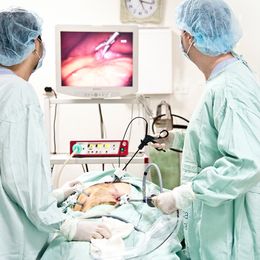