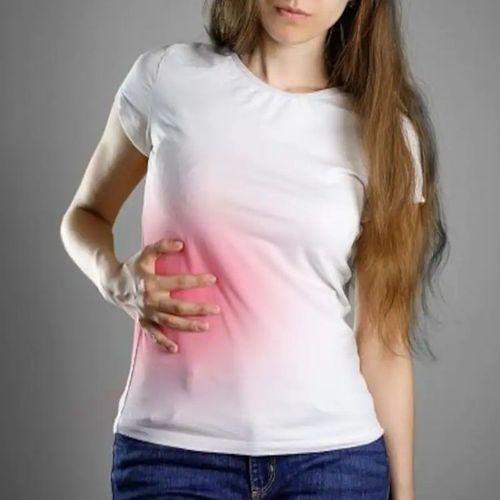 The liver, which weighs about three pounds, is the body's second largest organ (after the skin). It purifies the blood by breaking down andlor filtering out toxins and pollutants. The liver also breaks down nutrients for absorption by cells...creates proteins that transport nutrients and hormones through the bloodstream...stores vitamins and minerals...and helps regulate insulin and other hormones.

The liver is capable of performing most of its functions—including regenerating damaged cells—even when it's harmed by infection or inflammation.

Caution: Popular medications are one cause of potential liver problems.

Examples: Cholesterol-lowering statins...anticonvulsants such as Dilantin...birth control pills...and anabolic steroids used to treat such conditions as anemia or weight loss associated with a severe illness. Overdoses of acetaminophen (Tylenol)—the recommended maximum daily dose is 4 g, or eight extra-strength tablets—also can harm the liver.

Other facts you should know...

People with liver disease usually have only mild symptoms, such as fatigue or abdominal pain (often in the upper-right abdomen, where the liver is located)—or none at all.

Red flag: Jaundice (yellowing of the skin and whites of the eyes) and/or dark urine often are the first signs of acute liver disease. With chronic liver disease, jaundice may not appear until the liver is severely damaged—often decades later.

Often-overlooked symptoms: Unexplained itching or bruising...and red dots on the skin above the waist with "legs" radiating from the center (spider angioma). If you have any of the above symptoms, consult your primary care physician, who can refer you to a liver specialist, if necessary.*

*The American Liver Foundation, 800-465-4837, www.liverfoundation.org, can give you a list of local chapters that can provide the names of liver specialists in your area.

Nonalcoholic fatty liver disease is a silent disorder that is estimated to affect up to one-third of American adults. It often occurs in people with hypertension and obesity, particularly abdominal fat.

Over a period of years, high levels of fat accumulate in the liver and cause severe inflammation that can lead to cirrhosis (irreversible scarring) or liver failure. The deposits usually can be detected with an ultrasound or computed tomography (CT) scan.

What you may not know: For many people, losing weight (about one to two pounds a week) reduces the amount of fat in their livers. For other people, it requires less weight loss.

Some people with congestive heart failure (CHF) are misdiagnosed with cirrhosis of the liver.

What you may not know: Because the heart is unable to pump blood effectively in people who have CHF, blood can back up (congest) in the liver, possibly resulting in scarring or "cardiac cirrhosis." Treating the heart disease with medication or surgery is the only way to prevent subsequent liver damage.

Hepatitis A, B and C are the most common viruses known to infect the liver.

Self-defense: Wash your hands often if you live with someone with hepatitis A...use a condom during sex...avoid undercooked shellfish (which may be contaminated by water that harbors the virus)...and in countries where sanitation is questionable, drink bottled water and avoid raw, unpeeled produce.

Self-defense: Use a condom during sex... use sterile needles...and don't share razors or toothbrushes.

Most doctors choose to use drugs to fight the hepatitis C virus because there's no way to predict which people will go on to develop severe liver problems later in life. Injections of pegylated interferon, a cancer drug, often combined with oral doses of the antiviral drug ribavirin (Rebetol), can eliminate the virus in about half the cases. Side effects of interferon include muscle aches, fatigue and depression, while ribavirin can cause anemia, birth defects and nausea.

What you may not know: A relatively new vaccine, Twinrix, protects against hepatitis A and B. Health-care workers and people who travel to areas where sanitation is not regulated are among those who should consider receiving the vaccine. There is no vaccine to prevent hepatitis C.

Alcohol is more dangerous for women than men because women produce less alcohol dehydrogenase, an enzyme that breaks down alcohol.

Studies indicate that men who average two drinks or fewer a day and women who average one drink or less daily are unlikely to develop alcohol-related liver problems.

What you may not know: Some drinks poured in bars, such as martinis, can contain the equivalent of three servings of alcohol. Two of these drinks may contain six servings of alcohol—the level at which the risk for liver disease sharply rises.

Your Mind Can Ease Your IBS Symptoms 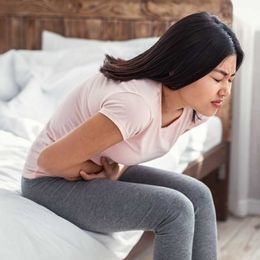