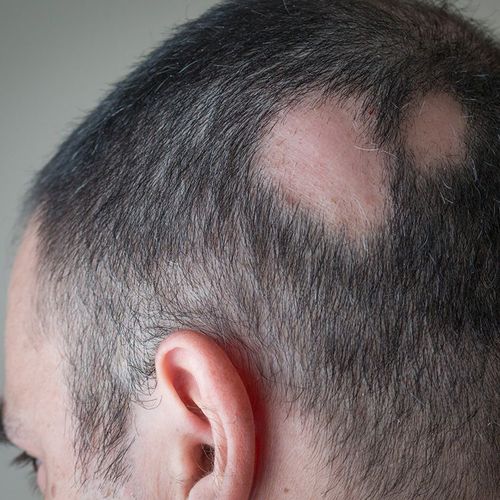 The average adult scalp contains an estimated 100,000 hair follicles and loses approximately 100 hairs a day. Normally, they're replaced in five or six weeks. New hair sprouts out of tiny, tube-shaped follicles in the scalp.

The most common type of hair loss is androgenic alopecia. This male (or female) pattern hair loss causes the hair to grow back thinner (less hair on the scalp) or finer (each individual hair is thinner). Or it doesn't grow back at all.

Hair follicles are genetically sensitive to dihydrotestosterone (DHT), a byproduct of the hormone testosterone.

Produced in comparatively) large amounts by men and in smaller amounts by women, DHT shrinks the follicles. In men, hair thins and recedes at the forehead, crown and temples, typically beginning in the 20s or 30s. In women, hair loss begins much later, is less severe and thins over the entire scalp.

How can you slow, stop or even reverse hair loss? Minaxidil (Rogaine), a topical treatment for men and women, is available in both prescription and over-the-counter (OTC) strengths. It is believed to work by affecting potassium-regulating mechanisms in the hair follicle.

Dermatologists who prescribe minoxidil typically find that one-third of patients using it have some new hair growth...one-third find their hair loss slows or stops...and one-third do not have any improvement.

Minoxidil can cause a rash on your scalp, costs $50 a month and must be used indefinitely.

Men can take the oral prescription medication finasteride (Propecia), a synthetic hormone that blocks the formation of DHT. But this drug, also used to treat prostate problems, can inhibit erections and sex drive.

In addition, there are hundreds of OTC treatments that promise—but fail to deliver—miraculous results.

Several natural hair loss remedies have been shown to be effective-without causing side effects...

Saw palmetto. This is the number one herbal treatment of choice for androgenic alopecia in men. It works just like finasteride, blocking the formation of 5-alpha reductase, an enzyme that sparks the conversion of testosterone to DHT.

Scientific evidence: In research reported in the Journal of Alternative and Complementary Medicine, 19 men between the ages of 23 and 64 who had mild to moderate androgenic alopecia were given either saw palmetto or a placebo for five months.

Of those who took the herb, 60% reported a slower rate of hair loss, more hair growth, a smaller bald spot and/or higher satisfaction with the appearance of their hair. Of the men getting the placebo, only 11% reported any improvement.

Scientific evidence: In a laboratory study published in Experimental Dermatology, researchers tested more than 1,000 plant extracts to discover which best promoted the growth of hair cells.

The scientists found that procyanidin B-3 outperformed a control group by 140%. In addition, Procyanidin was found to have no side effects.

Other Types Of Hair Loss

Androgenic alopecia isn't the only cause of hair loss. Thyroid disease, severe stress and side effects of some medications also can lead to hair loss.

In some cases, an inflammatory condition can strip the scalp of hair. Examples include imitant dermatitis (a skin reaction to a chemical in a hair product such as shampoo) and alopecia areata (an autoimmune skin disease).

To combat hair loss associated with inflammation, ask your doctor about taking a daily supplement of 500 mg of gamma-linolenic acid (GLA), an anti-inflammatory essential fatty acid found naturally in the seeds of evening primrose, black currant and borage plants. (If hair loss is caused by an irritant, avoid the irritant if possible.)

Because the process of inflammation is involved in so many health problems including heart disease, arthritis, Alzheimer's disease and the complications of diabetes this supplement may not only improve general health but also increase longevity.

Important: GLA should not be taken by women who are pregnant or nursing. Because GLA has anti-clotting effects, people taking warfarin (Coumadin) or other blood thinners, as well as hemophiliacs, should consult their doctors before taking it.

The essential oils of aromatherapy may help increase blood flow to the scalp, which helps promote hair regrowth. Aromatherapy also can be used as an adjunct to other natural therapies. 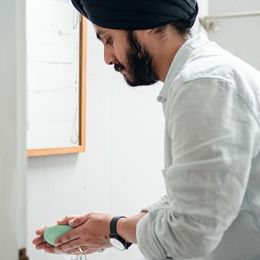 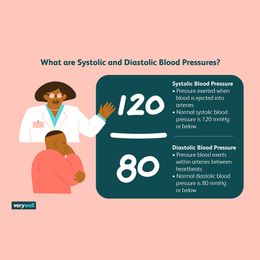