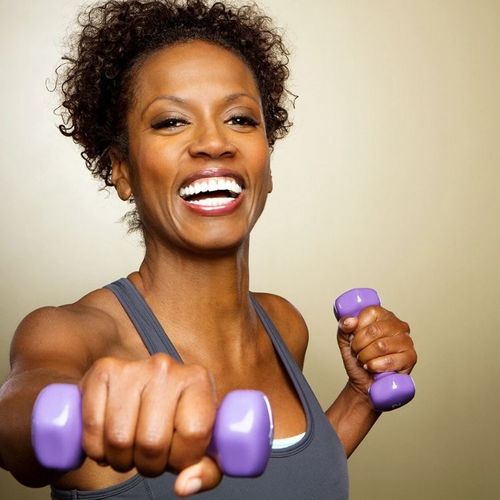 Nearly 34 million American women are between the ages of 40 and 54, according to the US Census Bureau. Most are in some stage of menopause. If you're among them, you may be wondering about the best ways to deal with the symptoms. Fortunately, several natural remedies and medicines can help. They are safe and effective—and some work quickly, particularly if you have mild to moderate symptoms.

Menopause is a normal stage in a woman's life. Unless a woman has another reason such as low body weight or vigorous athletic training, if a woman hasn't had a period for 12 consecutive months, she is considered to have reached menopause. In the US, the average age is 51. During menopause, ovaries produce less of the hormones estrogen, progesterone and testosterone. Meanwhile, there's an increase in the release of two hormones produced by the pituitary gland—follicle stimulating hormone (FSH) and luteinizing hormone (LH). Doctors believe the surge of these latter two hormones triggers menopausal symptoms, including hot flashes (which affect three-quarters of American menopausal women) and vaginal dryness. You also may experience insomnia, depression and mood swings.

In the year or two before menopause, many women go through perimenopause, or premenopause, during which hot flashes and other symptoms usually begin. The menstrual cycle becomes irregular. A period of lingering symptoms after menopause is called postmenopause. The therapies I recommend are effective for women in any stage, from perimenopause to postmenopause- but not one of these therapies includes typical pharmaceuticals. Here's why...

Sixty years ago, doctors started giving women synthetic estrogen along with a synthetic form of progesterone known as progestin to control menopausal symptoms. Premarin, made from the urine of pregnant mares, has been one of the best-selling drugs in recent history. Premarin, and drugs like it, were said to offer many benefits, including prolonged youthfulness, a sound mind, improved libido, strong bones and a healthy heart. I never believed the hype, nor did many other holistic doctors.

The dangers of taking hormone formulas came to light a few years ago. Doctors and female patients were alarmed at the results of a study on the drug Prempro, a combination of Premarin and a synthetic progesterone called Provera. Prempro had been touted as a panacea for menopausal problems, but views changed in July 2002, when results of the Women's Health Initiative Study, which included more than 16,000 women, showed unexpected dangers from the drug. Investigators found significant increases in risk of heart disease, stroke, blood clots and breast cancer among women taking Prempro.

In 2003, the Women's Health Initiative Memory Study revealed that women 65 and older who had been taking Prempro had an increased risk of dementia. Premarin has been shown to increase gallbladder disease risk.

Additionally, the British Million Women Study found that the use of hormone-replacement therapy by women ages 50 to 64 over the past decade had resulted in an estimated 20,000 additional breast cancers and an increased incidence of fatal breast malignancies.

The response of pharmaceutical giants makes my hair stand on end—they recommended lower dosages of the drugs, even though there were no studies showing that lower doses were safer. Companies also started promoting pharmaceutical antidepressants, such as venlafaxine (Ef f exor), fluoxetine (Prozac), paroxetine (Paxil) and sertraline (Zoloft), for relief of menopausal symptoms, especially hot flashes. All these drugs have potential side effects—including fatigue, headache, worsening of depression and weight gain.

Fortunately, many natural therapies are readily available. Natural therapy's goal is to alleviate or reduce symptoms quickly without harmful side effects. I recommend starting with nutritional supplements—including various herbal and homeopathic therapies.

Women with "mild" symptoms may be annoyed by occasional hot flashes. Those in the "moderate" category have hot flashes along with other symptoms. For example, if a woman experiences three or four hot flashes a day, doesn't sleep at night and has reduced sex drive, I consider hersymptoms to be moderate. You can take these remedies one at a time or use a formula that contains some or all of the ingredients.

Work with a practitioner trained in homeopathy who can match your symptoms to appropriate compounds. The following remedies are available at most health-food stores. For each, start with two pellets of a 30C potency twice daily. You should notice positive results within two weeks. After symptoms improve, stop taking the remedy unless symptoms return. 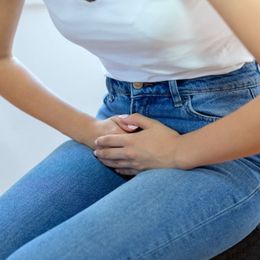