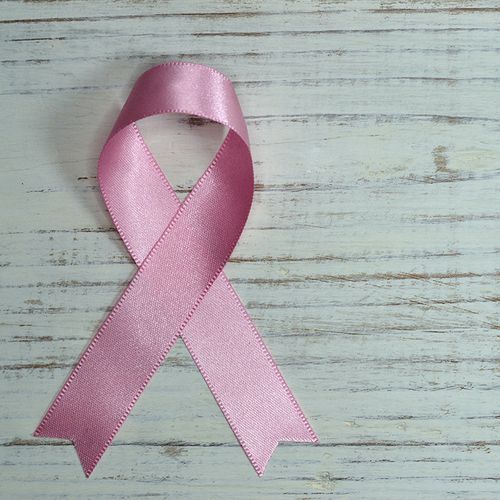 Medical Conditions That Can Cause Cancer—How to Lower Your Risk

If you don't have any of the well-known risk factors for cancer, including smoking, a family history of cancer or long-term exposure to a carcinogen such as asbestos, you may think that your risk for the disease is average or even less than average.

What you may not realize: Although most of the cancer predispositions (genetic, lifestyle and environmental factors that increase risk for the disease) are commonly known, there are several medical conditions that also can increase your risk.

Unfortunately, many primary care physicians do not link these conditions to cancer. As a result, they fail to prescribe the tests and treatments that could keep cancer at bay or reduce the condition's cancer-causing potential. Medical conditions that increase your risk for cancer…

Recent research: For every 1% increase in HbA1c-a measurement of blood sugar levels over the previous three months-there is an 18% increase in the risk for cancer, according to a study published in Current Diabetes Reports.

What to do: If you have type 2 diabetes, make sure your primary care physician orders regular screening tests for cancer, such as colonoscopy and mammogram.

Screening for pancreatic cancer is not widely available, but some of the larger cancer centers (such as the H. Lee Moffitt Cancer Center & Research Institute in Tampa, Florida, and the Mayo Clinic in Rochester, Minnesota) offer it to high-risk individuals. This typically includes people with long-standing diabetes (more than 20 years) and/or a family history of pancreatic cancer. The test involves an ultrasound of both the stomach and small intestine, where telltale signs of pancreatic cancer can be detected.

Also work with your doctor to minimize the cancer-promoting effects of diabetes. For example, control blood sugar levels through a diet that emphasizes slow-digesting foods that don't create spikes in blood sugar levels, such as vegetables and beans...get regular exercise—for example, 30 minutes of walking five or six days a week.. and consider medical interventions, such as use of the diabetes drug metformin Glucophage).

2. Helicobacter pylori infection. This bacterial infection of the lining of the stomach can cause stomach inflammation (gastritis) and ulcers in the stomach or upper small intestine. It also causes most stomach cancers.

Startling statistic: An infection with H. pylori triggers a 10-fold increase in your predisposition to stomach cancer. Getting treatment for an H. pylori infection lowers your risk for stomach cancer by 35% but does not eliminate the risk-perhaps due to lingering inflammation. What's most important is to avoid other inflammation-causing habits such as smoking.

What to do: If you are diagnosed with gastritis or a stomach or intestinal ulcer, ask your doctor to check for an H. pylori infection and to treat it with antibiotics if it is detected. Research shows that a fecal analysis is the most accurate way to detect H. pylori.

3. "Iron overload" disease. This hereditary condition (known technically as hemochromatosis) affects one out of every 200 people, causing them to absorb and store too much dietary iron-in the liver, heart, joints and pancreas. Hemochromatosis also increases a person's risk for cancer particularly liver cancer).

Stress Fuels Cancer Spread In laboratory studies, stress was shown to in crease the spread (metastasis) of breast cancer cells to the bone. Stress-reducing therapies appear to decrease levels of a molecule that promotes cell migration (for more on cancer and stress management).

Recent research: In a study of more than 8,000 people reported in the Journal of Internal Medicine, iron overload increased the risk for any cancer nearly fourfold.

Iron overload should be suspected if you have or had a relative (including a seconddegree relative such as a grandparent) with the condition...you have a family history of early heart disease (beginning at age 50 or earlier)... you have a family history of cirrhosis without obvious reasons such as alcoholism or hepatitis...or you have the symptoms of hemochromatosis (joint pain, fatigue, abdominal pain and a bronze appearance to the skin).

What to do: Ask your doctor for a serum ferritin test. If the test confirms iron overload, your doctor can simply and quickly correct the problem with regular bloodletting-a pint of blood once or twice per week until iron levels return to normal, and then three to four times per year.

Recent research: People age 67 and older with ulcerative colitis have a 93% higher risk for colorectal cancer...people of the same age group with Crohn's disease have a 45% higher risk, according to a 2011 study reported in Digestive Diseases and Sciences.

Problem: IBD can come and go in flare-ups that occur only once every five or 10 years. This can lead your primary care physician to underestimate the severity of the problem and your risk for colon cancer.

What to do: IBD usually is diagnosed between the ages of 15 and 30. If you have ulcerative colitis that involves the entire colon, you should have your first colonoscopy eight years after diagnosis or at the standard age of 50 (whichever comes first) and then have another every one to two years thereafter.

If you have ulcerative colitis that involves only the left colon (which represents a somewhat smaller cancer risk than when the entire colon is affected) or Crohn's disease, you should receive your first colonoscopy 12 to 15 years after your diagnosis or at age 50 and then another every one to two years thereafter.

5. Polyps detected in a relative. Most people think that a hereditary predisposition to colon cancer means that you have a first-degree relative (parent, sibling or child) who was diagnosed with the disease.

Surprising fact: If you have a first-degree relative who had a colonoscopy that detected an adenomatous polyp (adenoma)- a type of growth that can turn into cancer within two to five years—you also have a predisposition to colon cancer.

Recent research: Having a first-degree relative with an adenoma appears to make you four times more likely to develop colorectal cancer, according to a report in Annals of Internal Medicine.

What to do: Have a first colonoscopy 10 years earlier than the age at which your relative's adenoma was detected and repeat it every five to 10 years (depending on results). That should give plenty of time to detect (and remove) an adenoma so it can never turn into cancer.

Interesting: Some cancer centers also advise earlier screening if a second-degree relative, such as a grandparent, had colon cancer. 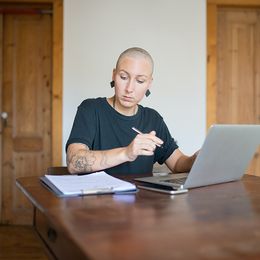