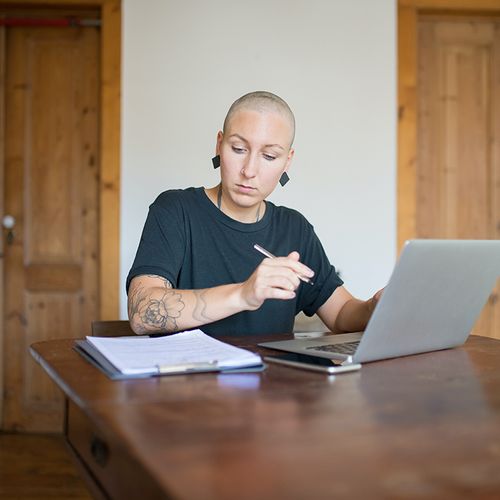 Believe it or not, your bedside alarm clock—and even your morning glass of orange juice-could possibly increase your risk for cancer.

Scientists in many parts of the world are now making intriguing new discoveries about such surprising and little-known factors that may increase your likelihood of developing, or dying from, cancer.

Fruit is loaded with cancer-preventing antioxidants and fiber. But when you remove the fiber and drink the juice, which is high in sugar, you trigger greater spikes in blood sugar glucose) and the glucose-regulating hormone insulin. High levels of glucose and insulin, acting as a growth stimulant, can promote more rapid cellular growth and division, which may increase one's risk of developing cancer or promote existing disease.

Scientific evidence: In a study of nearly 1,800 people, those who drank the most fruit juice (more than three glasses a day) were 74% more likely to develop colorectal cancer than those who drank the least, reported researchers in the October 2011 issue of the Journal of the American Dietetic Association.

Cancer self-defense: This study, which was based on responses to food-frequency questionnaires, is not definitive, but according to Keith Block, MD, the evidence is strong enough to advise people to avoid fruit juice and eat the whole fruit instead. If you don't want to give up fruit juice, mix three ounces of pure fruit juice with three ounces of water. Drink no more than two to three servings of the diluted fruit juice mixture a day.

Fascinating research is now being conducted on possible cancer risks associated with a phenomenon known as "light at night" (LAN)--that is, any type of light exposure at night...even from a bedside alarm clock.

Research on the health effects of light exposure began more than two decades ago when scientists first identified an increased risk for breast, prostate, colorectal and other cancers in night-shift workers. Researchers theorize that night-shift work disrupts the body's natural circadian rhythm of daytime activity and nighttime rest, leading to imbalances in the hormones melatonin, estrogen and cortisol, which may play a role in triggering cancer. Now the research extends far beyond night-shift work.

Scientific evidence: Researchers at the University of Haifa in Israel measured light levels in the "sleeping habitats" of 1,679 women. They found that those with the highest "bedroom-light intensity" had a 22% higher risk for breast cancer. A 2009 study discovered that risk for prostate cancer increased as the exposure to LAN increased

To help protect yourself…

In addition, if you need a light to help you find your way to the bathroom, use a dim nightlight. Avoid direct exposure to light.

Helpful: Use a sleep "mask" to cover your eyes when you're sleeping.

It's logical that breathing air pollution from traffic might increase the risk for lung cancer.

Recent unexpected finding: Research published in various peer-reviewed journals in the last year links air pollution from traffic to a higher risk for ovarian, cervical, brain and stomach cancers. Researchers are still studying the association, but it may be due to volatile organic compounds (VOCs), polycyclic aromatic hydrocarbons and other toxic substances in car exhaust that cause cellular damage not just in the lungs but throughout the body. To avoid exposure to pollution from automobiles…

Examples: Filt-R Reusable Neoprene Commuter Pollution Mask about $30) and Respro Techno Face Mask (about $40)—both are available online. Or, if you can't wear a mask, breathe through your nose instead of your mouth. Breathing through the nose helps filter out particles that get trapped in the mucous membranes. When breathing through your mouth, pollutants may directly enter the lungs.

For example, it is synthetic (not natural), and it does not include the vitamin's seven other compounds-three tocopherols (gamma, beta and delta) and four tocotrienols.

Many experts now think that gamma-tocopherol-not alpha-tocopherol, which was shown in research to increase prostate cancer risk-is the type of vitamin E with the greatest cancer-fighting activity.

Cancer self-defense: If you take vitamin E, look for a supplement that contains mixed tocopherols (including gamma-tocopherol) and tocotrienols.

All people, especially those with a history of cancer, should consult a doctor who is experienced in nutrition and the use of dietary supplements before starting a supplement regimen. Also, be sure to make a varied antioxidant-rich diet part of your cancer-fighting defense. 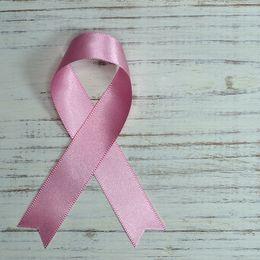 Medical Conditions That Can Cause Cancer—How to Lower Your Risk 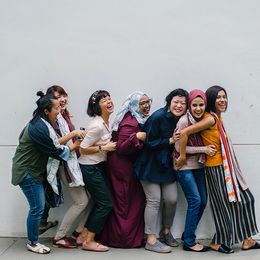