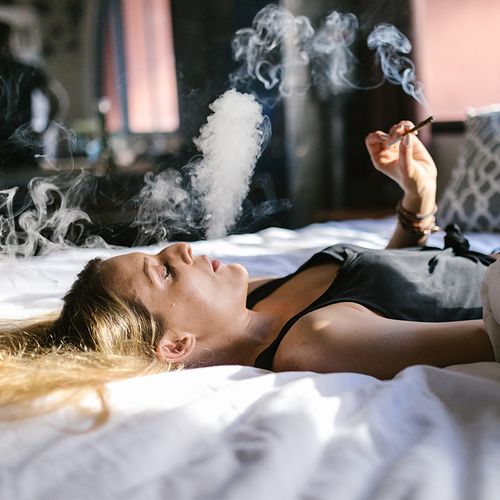 Smoking marijuana over an extended period of time appears to greatly boost a young man's risk for developing a particularly aggressive form of testicular cancer, a new study reveals.

In fact, researchers found that men who smoked marijuana once a week or began to use the substance on a long-term basis while adolescents incurred double the risk for developing the fastest-spreading version of testicular cancer-nonseminoma, which accounts for about 40% of all cases.

The findings were published in the medical journal Cancer.

"Since we know that the incidence of testicular cancer has been rising in our country and in Europe over the last 40 years and that marijuana use has also risen over the same time, it seemed logical that there might be an association between the two," said study co-author Janet Daling, PhD, an epidemiologist and member of the Fred Hutchinson Cancer Research Center's public health sciences division in Seattle.

The researchers also noted that the testes could be particularly vulnerable to the effects of marijuana, given that the organ-along with the brain, heart, uterus and spleen-carries specific receptors for tetrahydrocannabinol (THC), the principal psychoactive ingredient in marijuana.

According to the National Cancer Institute, testicular cancer is relatively uncommon, accounting for just 1% of cancers among American men. Nevertheless, the disease is the most common type of cancer for American men between the ages of 15 and 34, the study noted.

Dr. Daling and her team explored the notion of a marijuana-testicular cancer connection by analyzing data on 369 testicular cancer patients that had been collected by the Adult Testicular Cancer Lifestyle and Blood Specimen Study.

Participants were between the ages of 18 and 44, most were white or Hispanic, and all were residents of the Seattle-Puget Sound region. All had been diagnosed with the disease between 1999 and 2006. The men reported any history of marijuana use, as well as alcohol and smoking habits, and the same information was collected from about 1,000 healthy men.

The researchers found that current marijuana use was linked to a 70% increased risk for the disease.

Independent of known risk factors, nonseminoma risk was particularly high among men who used the drug at least once a week and among those who had started using it before age 18.

No link was found between the drug and a less aggressive and more prevalent form of the disease, known as seminoma, which strikes 60% of testicular cancer patients.

Though Dr. Daling emphasized that the findings are preliminary, she suggested that attention should be paid.

"We know very little about the long-term health consequences of marijuana smoking," she cautioned. "So, although this is the first time this association has been studied and found and the finding does need to be replicated before we are really sure what's going on this does give some evidence that testicular cancer may be one result from the frequent use of marijuana. And that is something that young people should keep in mind."

The prospect of a causal relationship between marijuana use and testicular cancer raised unanswered questions for Gary G. Schwartz, PhD, an associate professor in both the department of cancer biology and the department of epidemiology and prevention at Wake Forest University in Winston-Salem, North Carolina.

"The consensus is that most testicular cancer is thought to originate with lesions in utero, and that the peak age for testicular cancer to actually occur begins, really, right after adolescence," he noted. "That's when hormones released during puberty appear to promote [full-blown) cancer by essentially throwing fuel on the lesion fire, following a relatively long latency. So it's a little hard to understand how exposure to marijuana beginning at that point could somehow play an immediate causal role.

"But certainly, the idea that cannabis may cause cancer cells to proliferate is interesting," Dr. Schwartz acknowledged. "It could, however, also be that recreational drug use is simply a marker for affluence, since we know that testicular cancer is traditionally a disease that is more common among the affluent."

Palmar fasciitis and polyarthritis syndrome I (PFPAS), a thickening or curling of the palm and swelling of the fingers that gives the palms a wooden appearance, has been linked to cancers of the prostate, blood, lung, breast, pancreas and ovaries. This rare condition primarily affects older people.

If your palms suddenly become thickened: Consult a physician who specializes in internal medicine.

In a study of 496 pre- and postmenopausal I women who had undergone surgery for diagnosis and treatment of pelvic masses, researchers measured preoperative levels of the proteins HE4 and CA-125 in the women's blood. The presence of the two proteins accurately identified 94% of postmenopausal women and 75% of premenopausal women with ovarian cancer as high risk for malignancy.

Important: The CA-125 test is currently available, but it is not as sensitive as the combination of blood tests in predicting ovarian cancer. A blood test for HE4 is under FDA review. If approved, it should be widely available soon. 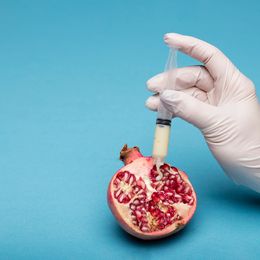 Yes, You Can Detect Ovarian Cancer Before It's Too Late 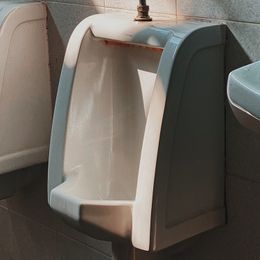