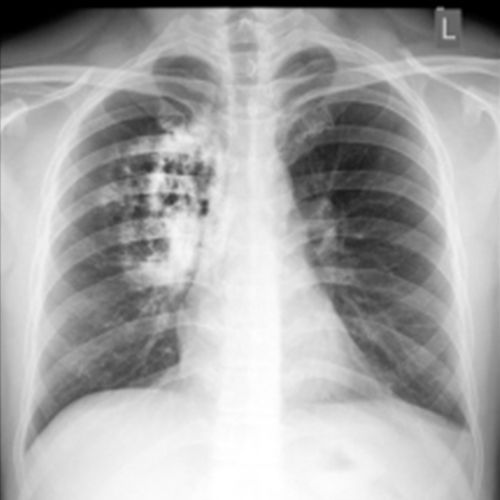 Lung cancer is the leading cancer killer of women, responsible for 27% of all cancer

deaths—more than breast, uterine and ovarian cancers combined. Every year, more than 70,000 women in the US die from lung cancer, compared with approximately 40,000 from breast cancer.

In fact, research suggests that women may be more susceptible to the disease than men.

"But I don't think this is on women's radar screens at all," says Dr. Jyoti Patel, an oncologist at Northwestern Memorial Hospital in Chicago who specializes in lung cancer in women. "Women who smoked when they were young, stopped 30 years ago and did all the right things since are underestimating their risk for lung cancer."

Women's lack of awareness is often compounded by ill-informed doctors, she says.

"When I was in medical school, we were taught that lung cancer is a disease for men 60 years and older who smoke," Patel says. "And most interns today still think that is typical." There are myriad reasons for both the prevalence of lung cancer among women and the high death rate from the disease, health professionals say. The main culprit, predictably, is smoking.

"If you ask me for the top 10 causes for lung cancer, I'd say nine of them are smoking," Patel says. Nearly one out of five women smoke, and many more are former smokers, she notes.

"The risk of developing lung cancer remains for 20 years after quitting, and then the risk drops by half, according to Viviana Simon, director of scientific affairs for the Society for Women's Health Research.

The Role Of Gender

For women, there are other factors linked to the disease that are gender-based. Nonsmoking women are more likely to get lung cancer than non-smoking men, Simon says. And more women than men develop small-cell lung cancer, a more aggressive form of the disease that is harder to cure.

There is also some evidence that hormonal differences between men and women could affect the course of the disease.

Yet there's little research into why these gender differences exist and what they could mean for treatment of the disease.

"There has to be more awareness in the scientific community, the clinical community and the public about the dangers of lung cancer and the differences in prevalence and risk for women and men," Simon says.

Research into lung cancer is negligible compared with other cancers, Patel says, with only $1,300 spent on research per patient death from the disease. This compares with $30,000 spent per HIV patient; $18,000 per breast cancer patient; and $10,000 per prostate cancer patient, she notes.

This is partly because there are fewer sur vivors of lung cancer to lobby for a cure. But there's also a cultural bias against lung cancer patients who smoke-some believe that they brought the disease on themselves, Patel says. Women tend to be particularly susceptible to this line of thought, she adds.

"Women who have smoked marginalize themselves," Patel says. This sense of guilt often leads them to be lax about their health care, and to think they're getting what they deserve.

"I say to my patients that they made one bad choice. But I don't think anyone would say that one bad choice means they deserve cancer," she says.

Both Patel and Simon say more research is needed to reduce lung cancer deaths. Presently, there are few reliable screening techniques for early detection. And although there are some promising new drugs to treat the disease Tarceva is one that is effective, especially for women--more science needs to be applied to finding a cure, Patel says.

In the meantime, Patel recommends women become more proactive, even if they don't smoke or have never smoked.

"If women feel a lump in their breast, they go to the doctor quickly," she says, and the same sound approach should apply to any possible symptoms of lung cancer. Patel recommends that people pay attention to a cough—especially one that "changes character" in frequency or severity. Other reasons to see a doctor include having shortness of breath, being awakened at night by coughing or having blood in your sputum. 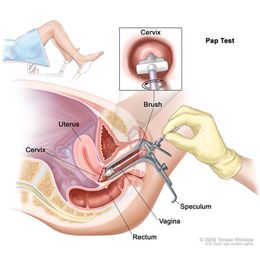 Where Do People Sleep Best?