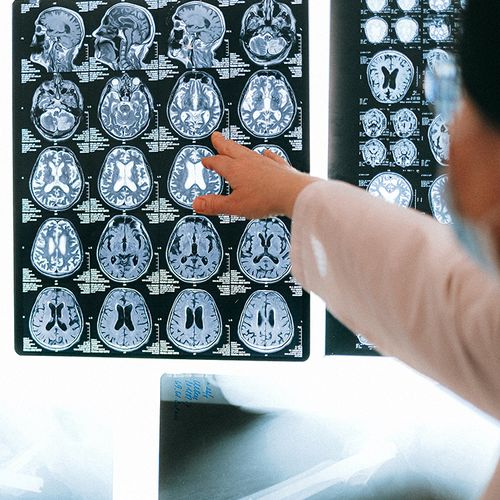 Low levels of vitamin B-12 may increase the risk for brain atrophy or shrinkage, new research suggests. Brain atrophy is associated with Alzheimer's disease and impaired cognitive function.

The research involved 107 volunteers, ages 61 to 87, who were cognitively normal at the beginning of the five-year study. All partici-pants underwent annual clinical exams, MRI scans and cognitive tests, and had blood samples taken.

Individuals with lower vitamin 13-12 levels at the start of the study had a greater decrease in brain volume. Those with the lowest B-12 levels had a six-fold greater rate of brain-volume loss compared with those who had the highest levels of the vitamin.

Interestingly, none of the participants were deficient in vitamin B-12. They just had low lev-els within a normal range.

"They all had normal B-12 levels, yet there was a difference between the higher levels and the lower levels in terms of brain shrinkage. This is new information which could potentially change what we recommend to people in terms of diet," said Jonathan Friedman, MD, an associate professor of surgery, neuroscience and experimental therapeutics at Texas A&M Health Science Center College of Medicine and associate dean of the College of Medicine, Bryan-college station campus.

Although the study, published in Neurology, can't confirm that lower levels of 13-12 actually cause brain atrophy, they do suggest that we ought to be more aware of our B-12 status, especially people who are vulnerable to 13-12 deficiency (elderly, vegetarians, pregnant and lactating women, infants), and take steps to maintain it by eating a balanced and varied diet," said study co-author Anna Vogiatzaglou, a registered dietitian and doctoral candidate in the department of physiology, anatomy and genetics at the University of Oxford, in England.

Not only might B-12 levels be a modifiable risk factor for cognitive decline, it might also be a clue to help clinicians assess cognitive problems earlier on.

“It's worth looking at B-12 levels," affirmed Shari Midoneck, MD, an internist at the Iris Cantor Women's Health Center in New York City. "It doesn't hurt to take B-12."

According to the study authors, vitamin B-12 deficiency is a public health problem, especially among older people.

Good sources of the vitamin include meat, fish, milk and fortified cereals.

It’s not clear what the biological mechanisms behind the link might be, nor is it clear whether added B-12 would avert brain atrophy.

“We are doing a clinical trial in Oxford in which we are giving B vitamins [including B-12] to elderly people with memory impairment,” Vogiatzoglou said. In this trial, we are doing MRI scans at the start and the end, and so, we will be able to find out if taking B vitamins really does slow down the shrinking of the brain.” 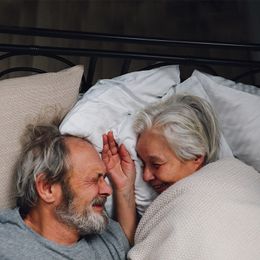 "Old Age" Symptoms Could Really Be a Vitamin Deficiency

Five Ways to Lower Alzheimer's Risk Up to 60% 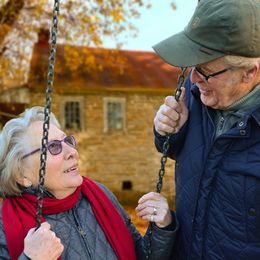