Five Ways to Lower Alzheimer's Risk Up to 60%

Last year, the Alzheimer's Association reported that one in six women and one in 10 men age 55 and older in the (IS will develop Alzheimer's disease. (More women get Alzheimer's, in part, because they tend to live longer.) Many people think that not getting Alzheimer's is more about good genes than good health. but new research suggests that lifestyle factors, such as diet and exercise, play key roles.

New research shows that the primary feature of Alzheimer's—the accumulation of a protein by-product called beta-amyloid that wrecks brain cells—starts decades before symptoms begin, perhaps even in a person's 30s.

How to help prevent or slow that process…

Theory: Cholesterol may be a "cofactor" in beta amyloid production.

Bottom line: More studies are needed to show that taking a statin can prevent Alzheim-er's. so ifs premature for your doctor to prescribe the drug for that purpose. But if you take a statin to control cholesterol, you may experience this very positive "side effect."

Bottom line: Keep your body weight within a healthy range by controlling calories and exercising regularly.

Theory: Fruits and vegetables are rich in cell-protecting and strengthening antioxidants that fight the oxidative stress that contributes to Alzheimer's.

Bottom line: One to two drinks a day may slightly decrease Alzheimer's risk. One drink is five ounces of wine, 12 ounces of beer or 15 ounces of an 80-proof liquor, such as vodka or gin.

Bottom line: Aim for 30 minutes a day of exercise, such as brisk walking outdoors or on a treadmill.

Medications can slow the development of Alzheimer's symptoms. Research now shows that combining certain drugs maximizes their effectiveness. The FDA has approved two types of drugs to treat Alzheimer's—cholinesterase inhibitors, such as donepezil (Aricept), which work by slowing the breakdown of acetylcholine, a neurotransmitter that helps brain cells communicate...and memantine (Namenda), which calms excitotoxicity a type of cellular hyperactivity that harms neurons.

In a 30-month study of nearly 400 people with Alzheimer's, researchers at Harvard Medical School found that taking both drugs together is more effective in reducing Alzheimer's symptoms than taking either a cholinesterase inhibitor alone or a placebo.

Bottom line: Patients who start both drugs at the time of diagnosis may significantly slow the progress of Alzheimer's disease.

The following do not seem to be effective against Alzheimer's…

Researchers in the department of neurosciences at University of California, San Diego, studied 340 people with mild-to-moderate Alzheimer's disease for about four years and found that B vitamins reduced homocysteine levels but didn't slow the progression of Alzheimer's disease.

New danger: For three years, researchers in England studied 165 Alzheimer's patients who had taken antipsychotics—continuing the drug in half the patients and switching the other half to placebos. After three years, 59% of those on the placebo were alive, compared with 30% on the medication. In other words, those who con-tinued the drug had twice the risk of dying.

New approach: Researchers at Indiana University Center for Aging Research reviewed nine studies on the use of a cholinesterase inhibitor to manage behavioral symptoms and found it to be a "safe and effective alternative to antipsychotic drugs.

A recent study found that a type of blood pressure medication—angiotensin receptor blocker (ARB)—was associated with a reduced risk for dementia in seniors and slowed its progress in cases where it was already diagnosed.

A study of the medical records of five million people found that patients taking ARBs had a 35% to 40% lower chance of getting Alzheimer's disease or other forms of dementia, while patients taking ARBs who were already suffering from Alzheimer's or other forms of dementia had up to a 45% lower chance of developing delirium, being admitted to nursing homes or dying. How ARBs might produce this benefit is not certain. Consult your doctor.

Are You at Higher Risk For Alzheimer's?

People whose mothers had Alzheimer's may be at higher risk for the disease than people whose fathers had it. 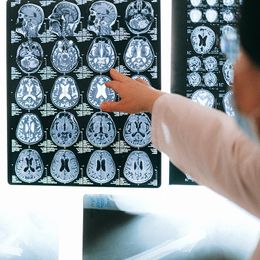 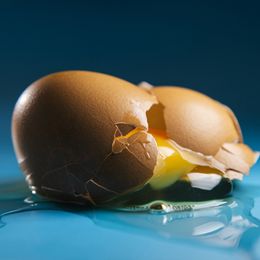