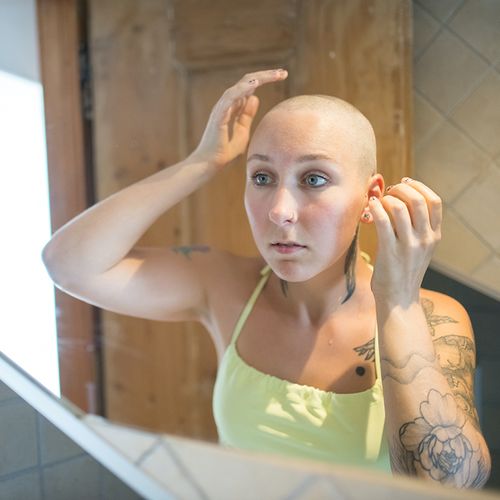 Virtually everyone who seeks medical care in the US receives medical tests from time to time. But few people stop to ask whether they are getting the tests that can have the biggest impact on their long-term health.

Recent development: With increasingly sophisticated technology, diseases now can be diagnosed years or even decades-before a patient exhibits symptoms...some drug treatments can be tailored to an individual...and serious medical conditions that go undetected can be identified. But many of these medical tests are underutilized-in part because doctors may not be aware of some of the newer tests...and they don't always have time to delve into all of a patient's potential risk factors.

Tests to ask your doctor about…

What it does: EBCT evaluates the amount of calcium in the coronary arteries. A positive EBCT may indicate cardiovascular disease-even if the patient has no symptoms. An early diagnosis allows patients to take the necessary steps—such as lowering cholesterol and exercising more—to retard the progression of the disease.

This noninvasive test takes 10 to 15 minutes and causes no discomfort. Because EBCT has been in use and studied for some time, it may be preferable to other heart imaging tests, such as multislice computed tomography, that expose the patient to more radiation than EBCT.

Who should consider this test: Men over age 35 and women over age 45—especially if they have two or more of the most common risk factors for cardiovascular disease, such as elevated cholesterol, hypertension or a family history of heart disease.

What it does: DEXA measures bone density at the hip and spine. The test, which takes 10 to 20 minutes, is painless, noninvasive and emits one-tenth to one-quarter of the radiation emitted by a typical chest X-ray. If osteoporosis is identified before the patient suffers a fracture, steps-including exercise, increased intake of calcium and vitamin D, and sometimes medication can be taken to increase bone density.

Who should consider this test: Women, upon entering menopause.. and men age 65 and over who have risk factors for osteoporosis, such as vitamin-D deficiency, low testosterone levels or chronic use of corticosteroids.

Lung cancer causes more deaths than any other type of malignancy. Once patients develop symptoms, such as a persistent cough, shortness of breath, coughing up bloody phlegm or weight loss, there's little chance of cure.

What it does: While the patient is lying down, the imaging machine rotates rapidly around the body, taking more than 100 pictures of the chest. The procedure is painless and takes about 30 minutes.

Who should consider this test: Anyone with a smoking history of more than 20 "pack years" (the number of packs smoked per day multiplied by the number of years smoked). The risk for lung cancer outweighs the risks associated with radiation from the test.

Important: There's some controversy about the use of LDSCT for detecting lung cancer in asymptomatic patients. Cancers detected early are more likely to be treated successfully, but the test is so sensitive that it often will reveal harmless nodes or lesions. This may result in unnecessary follow-up tests or even surgeries.

Possible approach: If a small abnormality is revealed by the spiral CT scan, it can be repeated in several months to see if the growth changes size. A nodule that grows significantly is likely to be malignant.

Disorders Of The Small Intestine

Diseases of the small intestine, such as tumors and some types of Crohn's disease (an inflammatory bowel disorder that causes severe diarrhea and abdominal pain), have traditionally been diagnosed with X-ray procedures.

However, these procedures sometimes miss small, but critical, abnormalities, such as angiodysplasias (small blood vessels beneath the intestinal lining that can bleed and cause anemia).

What it does: Capsule endoscopy provides a close-up view of the inside of the small intestine the 20-foot-long area between the stomach and large intestine) that is inaccessible with other tests, such as colonoscopy.

This new test involves swallowing a small capsule that contains a camera, which takes photographs over an eight-hour period as it moves through the intestine. Once a patient swallows the capsule, he/she can leave the doctor's office. Photographs are transmitted electronically to a receiver that the patient wears on his waist.

Later, the doctor downloads the pictures into a computer to review them. The capsule is eventually passed out of the patient's body in the stool. The procedure is generally safe, although the capsule could potentially cause a blockage in patients who have sections of intestine that are narrowed by scar tissue.

Who should consider this test: Anyone with unexplained bleeding thought to originate in the small intestine or unexplained abdominal pain or other gastrointestinal symptoms.

When prescribing an antidepressant, doctors typically rely on a person's symptoms and medical history. But some patients take a new drug for weeks or months only to discover that it doesn't work for them. Others may improve while taking a drug but then have to discontinue it because of side effects.

What it does: The CYP450 blood test identifies genes (and enzymes produced by those genes) that help predict how a specific patient is likely to react to a particular antidepressanteven before he takes the first dose. The test identifies the enzymes involved in metabolizing a small number of antidepressants, including fluoxetine (Prozac), paroxetine (Paxil), venlafaxine (Effexor), imipramine (Tofranil), desipramine (Norpramin) and nortriptyline (Pamelor).

Who should consider this test: Anyone who is about to start taking one of the antidepressants named above. The test can make it easier for doctors to avoid prescribing a medication that has a high probability of not working and/or causing side effects.

Insurance usually covers the cost of the tests described in this article if the patient has symptoms of a relevant condition (such as osteoporosis) or is at high risk for the condition. The frequency of follow-up tests is based on initial test results-ask your doctor for advice.

How Lab Tests Can Help

When was the last time you had blood and urine tests? Lab tests are not foolproof, but they can provide a helpful look inside the body, often identifying diseases or emerging conditions in early, possibly reversible stages. For instance, a blood test can indicate prediabetes, a precursor to diabetes that can be reversed through diet, supplements and/or lifestyle changes. It can point to anemia caused by low vitamin B-12 in seniors or an iron deficiency in premenopausal women and children. Blood tests can shed light on vitamin D deficiencies that predispose one to osteoporosis. In some patients, I have discovered elevated liver enzymes that result from sensitivities and adverse reactions to pharmaceutical medications. Urinalysis, a test that can screen for conditions with no symptoms, has helped me diagnose low-grade urinary tract infections and kidney disease.

The lesson: Even if you feel well, ask your doctor to order these tests annually-many may be covered by your insurance. As my patients have found, prevention is better than treatment. 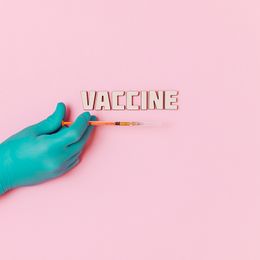 Five Vaccinations Your Doctor May Forget to Give 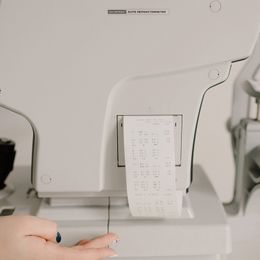