With all the high-tech—and expensive—medical care available in the US, you may assume that Americans are among the healthiest people in the world. But that's not true.

Troubling fact: The US spends more than any other country about 17% of its gross domestic product) on health care but ranks 12th (among 13 industrialized nations) in measures of overall health, such as life expectancy.

Dennis Gottfried, MD, who has extensively researched this subject and worked as a general practice physician for more than 25 years, provides an insider's perspective on what's wrong with our medical system and advice on how we can protect ourselves.

Similarly, some degree of brain damage (loss of cognitive functions, such as memory or judgment, that can last up to 12 months) can occur with coronary bypass surgery.

Yet many of these patients' symptoms, especially those with stable angina (chest pain), could have been treated with medication that has far less risk for side effects. In many cases, patients don't really need the stent or the surgery.

We need specialists to have a good health-care system. But based on several studies, including research by investigators at Dartmouth Medical School, regions in the US that have a greater proportion of primary care physicians (such as family physicians and general internists) than specialists provide better care at lower costs.

However, in the US, medical students want to be specialists because they make more money and usually can arrange less demanding schedules than generalists. And there's more prestige-brain surgeons are referred to often for their intellectual abilities, but you never hear that about pediatricians, for example.

This occurs perhaps because the extra procedures specialists perform increase the odds that something will go wrong. Primary care doctors more often follow a "watchful waiting" philosophy. They put more emphasis on preventive medicine and may know the patient well enough to recognize when stress or other medical conditions are worsening symptoms.

When you do go to a specialist, choose a busy one. Because they typically have enough medically indicated work to do, they are less likely to recommend marginal or unnecessary procedures.

And whenever any doctor-generalist or specialist-recommends a procedure, don't be shy about asking, "Is it really necessary?"

This query is particularly important when elective procedures that may carry risks, such as most orthopedic surgery or elective cardiac surgery, are recommended. If you're not convinced, get another opinion.

But just make sure you really need them. In general, weight loss, salt reduction and exercise should be given a chance before using drugs to reduce blood pressure. Type 2 diabetes is often treatable with diet and exercise alone, but doctors frequently skip this step.

Even if you take medication for a chronic illness, such as high blood pressure, heart disease or diabetes, you need to maintain a healthy lifestyle. Patients have responsibility for their own health. However, when doctors prescribe a medication, they don't always choose wisely among available drugs.

Only 10% of new drugs are really new—the rest are molecular variations on existing ones, which are more profitable for the manufacturers but no more effective.

One of my patients with gastroesophageal reflux disease (GERD) recently came in and asked for the little purple pill" she saw advertised on TV. I explained that the generic heartburn drug I had prescribed was nearly identical, but she insisted. She was sufficiently impressed by the flashy graphics on the TV ad to pay substantially-out of pocket for the medication.

That's why the cholesterol drug cerivastatin (Baycol)...the diabetes medication troglitazone (Rezulin)...and the heartburn drug cisapride (Propulsid) are no longer available. Serious—sometimes deadly—side effects were discovered after the medications had been on the market for a while. Such side effects are unlikely with drugs that have been around for several years.

If you have high blood pressure and your doctor isn't prescribing a diuretic, ask why. If you need two or more drugs (about 70% of the time, that's necessary), a diuretic usually should be one of them. 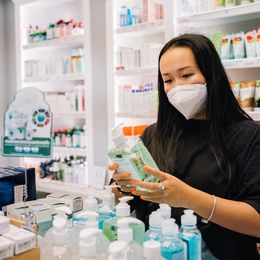 Mail Order or Drugstore? How to Choose… 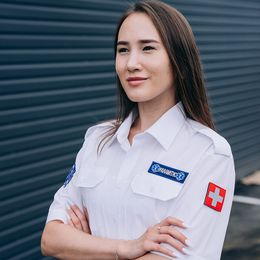