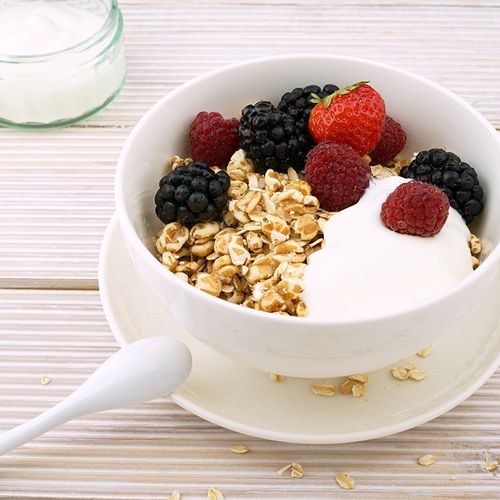 The small and large intestines (gut) do most of the work involved in digesting the 1 20 tons of food that the average person consumes in a lifetime. This process involves trillions of bacteria—some of them harmful and others beneficial.

What you may not know: While the gut is most commonly associated with digestion, it's estimated that at least 60% of a person's immune system is located there. "Good" bacteria protect against the growth of harmful bacteria to help prevent infections, such as vaginal yeast infections and urinary tract infections.

Probiotic bacteria (a subset of good bacteria) also secrete substances that act on intestinal muscles and help regulate motility (the intestinal contractions that move food and waste through the intestine at the proper rate).

Because these good bacteria play a key role in preventing infections as well as keeping the digestive system functioning properly, "probiotics-dietary supplements or foods that contain beneficial bacteria or yeasts similar to those found in the human gut-have become increasingly popular, particularly among people who take antibiotics.

Reason: Antibiotics kill not only harmful microorganisms that cause disease, but also the body's beneficial bacteria, sometimes leading to gas, cramping and such conditions as diarrhea. People who take antibiotics regularly may have permanent reductions in probiotic organisms unless they replenish the body's natural supply. For most people, the occasional use of antibiotics—such as a 10-day course—is unlikely to cause lasting problems.

Probiotics are live microorganisms. Two of the most beneficial types of probiotics-Lactobacilli and Bifida organisms-thrive in the naturally acidic environments of the stomach and small intestine.

Probiotics are often recommended for digestion to help reduce such problems as gas, bloating, constipation and diarrhea), but they appear to be equally important-if not more so—for the immune system.

Probiotics in the intestine stimulate production of white blood cells known as regulatory T cells, which help fight inflammation associated with such disorders as eczema, seasonal allergies and inflammatory bowel disease (IBD), a condition in which the bowel becomes inflamed, often resulting in abdominal cramps and diarrhea.

There are many dozens of species of probiotic organisms. The most reliable probiotic formulations now available in the US are in capsule form. Most probiotic capsules should be refrigerated.

Two highly effective products are used primarily for digestive problems. Use the one that most closely matches your symptoms...*

Typical dose: One to two daily supplements (each containing 30 billion organisms), taken at the onset of diarrhea. Continue for one week after symptoms stop. To prevent antibiotic-related diarrhea, take the supplements during antibiotic therapy and for at least one week afterward.

Important: To ensure optimal effectiveness of the antibiotic, do not take it at the same time of day you are taking the probiotic.

Typical dose: One capsule containing one billion live organisms) daily—taken indefinitely if symptoms are ongoing. If the bowel symptoms are associated with stomach flu, take the probiotic supplement during symptoms and continue for one week after they subside.

To ensure that your immune system is working at its best, it's a good idea to take probiotic supplements and/or to eat foods containing probiotics daily even if you don't have a particular condition that you're trying to treat.

To boost immunity, look for probiotic supplements and foods that contain the bacterium Lactobacillus casei or several probiotic bacteria strains.

My favorite multistrain supplements are JarroDophilus EPS and Theralac. Follow the dosage instructions on the label.

Helpful: Probiotics are stimulated by soluble dietary fiber, so they're more likely to proliferate in the intestine when you also eat complex carbohydrates, such as legumes, vegetables and whole grains. These foods contain "prebiotics," which provide the nutrition that probiotics need to multiply.

*If you have an immune deficiency, talk to your doctor before taking probiotics.

In the last few years, food manufacturers have begun to promote probiotic-enriched foods, such as the low-fat yogurt Activia and the probiotic dairy drink Dan Active (both by Dannon). These products contain the well-researched probiotic bacteria Bifidobacterium animalis and L. casei, respectively.

When these foods are bought in a grocery store and analyzed in a laboratory, they consistently contain about the same number of active organisms as listed on the labels.

Best choices: Foods with the "live and active cultures" seal from the National Yogurt Association. These products must contain 100 million live bacteria per gram at the time of their manufacture

Caution: Aged cheeses and kefir should be avoided by people who have food sensitivities to milk products. 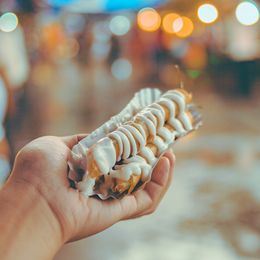 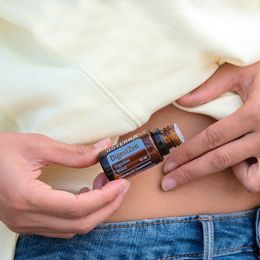