How to Survive an Asthma Attack Without an Inhaler

If you have asthma, then you know how scary it can be when you have an attack and have trouble breathing for anywhere from a few minutes to a few days, depending on its severity.

So you're probably careful to keep your rescue inhaler with you at all times-in case of an emergency.

But what happens if an attack starts and you discover that your inhaler is empty or you don't actually have it?

And: Foreign-born children who live in the US for 10 years or more are more than three times as likely to have allergies as similar children living in the US for two years or less.

How can you lessen the severity of an asthma attack and/or stop it altogether without your trusty inhaler?

To find out, we spoke with Richard Firshein, DO, director and founder of The Firshein Center for Comprehensive Medicine in New York City and author of Reversing Asthma: Breathe Faster with This Revolutionary New Program. And he had some very interesting advice.

Do You Need To Go To The ER?

First off, quickly determine whether you're in immediate danger, said Dr. Firshein. If you have a peak-flow meter–a device that measures how much air you can expel from your lungs and that many asthmatics keep around the house-use it. If you're less than 25% off your normal mark, go on to the following steps, but if your number is off by more, get to an emergency room, he said, because this indicates that there is a serious problem-one that could be life-threatening, he said. If you don't have a peak-flow meter, then think about your symptoms. For example, if your lips or fingernails turn blue...if you can't stop coughing...if you feel soreness or tightness around the ribs...if you feel like you're having a panic attack...or if you're so exhausted from the effort of breathing that you can't finish a short sentence or stand up, then you need help fast–get to an ER.

How To Breathe Easier

If you're not in immediate danger, try the following tricks from Dr. Firshein. Some of these techniques may help within minutes, while others may take a few hours to kick in, but since it's possible for an attack to last for days, try all of them to play it safe. During a typical asthma attack, the airways are constricted, muscles all over your body become tense and your body produces extra mucus-all of those things make it harder to breathe. So Dr. Firshein's advice addresses all of those problems. You know your body best, so if you try all of these tips but your attack still gets worse, go to a hospital.

Also consider taking an over-the-counter decongestant (such as pseudoephedrine/Sudafed) and/or an expectorant (such as guaifenesin Mucinex) or a drug that's a combination of the two (ephedrine+guaifenesin/Primatene Asthma), because these loosen mucus and make coughs more productive so you can rid your body of more phlegm.

By the year 2040, the amount of environmental pollen will nearly double.

Also: Pollen production will begin and peak earlier each year due to climate change.

Study by researchers in the department of environmental prediction at Rutgers School of Environmental and Biological Sciences, New Brunswick, New Jersey, presented at a recent meeting of the American College of Allergy, Asthma & Immunology in Anaheim, California. 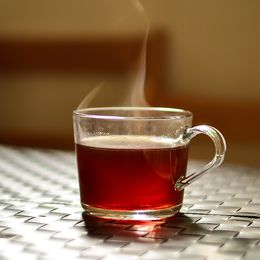 Fight Colds the Way Performers Do 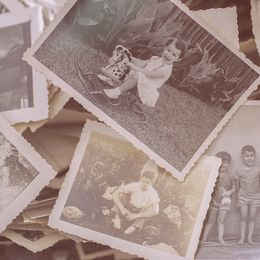