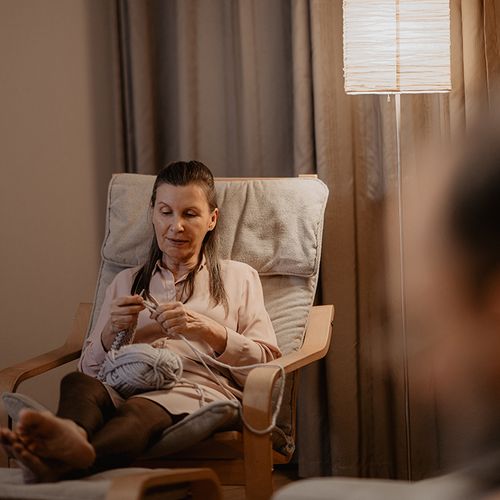 The life span of the average American has increased by more than 60% in the last 100 years, and some experts believe that's just the beginning. It might be possible for people living today to extend their lives to 120 years or even more. How is this possible?

Two landmark discoveries: Genetic researchers have identified structures, known as telomeres, that appear to control how long cells live and how healthy they remain. Along with that, researchers have identified an enzyme, called telomerase, that maintains the integrity of these structures. These two discoveries could be the key to a much longer life.

Telomeres are structures on the ends of chromosomes that help keep these strands of gene carrying DNA intact. Chromosomes, which are found in the nucleus of every human cell, control the cellular division and replication that are necessary for human life. As people age, telomeres shorten-a process that is believed to play a fundamental role in the development of genetic diseases and age-related conditions, including heart disease, cancer and Alzheimer's disease.

Every cell in the human body contains 46 strands of DNA. These strands (chromosomes) contain all of our genetic information-for example, the color of our hair and how tall we are as well as our propensity for certain diseases.

As a person ages and undergoes decades of cell divisions, there's a shortening of the telomeres that help keep chromosomes intact. With time, the telomeres get so short that cells can no longer survive-and, eventually, we die.

Research shows that the length of a person's telomeres is crucial. For example, people who are born with or develop) relatively short telomeres tend to have more health problems, and die sooner than those with longer telomeres. In a study of 780 patients with heart disease, researchers found that those with the shortest telomeres had twice the risk for heart failure and death after 4.4 years as those with the longest telomeres. Shortened telomeres have also been linked to cancer, osteoarthritis and Alzheimer's.

When cells are damaged—due, for example, to free radicals, inflammation and excessive alcohol intake—they divide more frequently than aging healthy cells. This rapid division accelerates the rate at which telomeres shorten-and, potentially, shortens your life.

This is where telomerase, the enzyme that repairs and maintains the length of telomeres, comes into play. And the discovery of telomerase was so important scientifically that it was the basis for Carol Greider, PhD, of Johns Hopkins University School of Medicine, to be awarded the 2009 Nobel Prize in Physiology or Medicine, along with two other researchers.

Although telomerase won't keep cells alive forever, it does seem to greatly extend their lives. For example, in a laboratory study, scientists inserted a telomerase-producing gene into skin cells with short telomeres. These cells were then grafted onto the skin of mice, while untreated skin cells were grafted onto different mice.

Fortunately, a growing body of evidence suggests that you may be able to slow the rate at which your telomeres shorten-and, in some cases, slightly increase their length-by minimizing cell damage with certain nutrients."

*Consult your doctor before starting the following regimen. Some of these supplements may interact with blood-thinning, diabetes or other medications.

This may be the reason that people who routinely take fish oil supplements have lower rates of heart disease, arthritis and other chronic diseases.

What's behind fish oil's health-promoting effects? As an adaptogen, fish oil is a substance that helps maintain the body's normal functions. It has different effects in different parts of the body and on different cells. For example, fish oil inhibits telomerase in cancer cells (which shortens the life span of the disease-causing cells) but increases it in healthy cells (which helps them live longer).

Antiaging dose: 1,500 mg of omega-3 twice daily with meals. Within this total, aim for 900 mg of eicosapentaenoic acid (EPA) and 600 mg of docosahexaenoic acid (DHA).

Every cell in the body has mitochondria, but cells that require the most energy to function, such as those in the brain, have the most about 1,000 mitochondria per cell. ALCAR supplements may reduce mental declines from aging and from Alzheimer's disease or chronic cerebral ischemia, a condition that reduces blood flow to the brain.

British researchers who studied more than 1,000 sets of female twins (whose average age was 49 and whose telomeres had been the same lengths at birth) found that those with higher levels of vitamin D had longer telomeres. The difference was dramatic—the telomeres in women in the higher vitamin D group showed the equivalent, in length, of five years less aging.

Antiaging dose: 2,000 international units IU) to 5,000 IU daily, depending on your starting blood level. A blood test for vitamin D is recommended before taking these supplements. Work with your doctor to determine the optimal vitamin D level for you.

Should You Get Tested?

Your doctor can order a blood test, called polymerase chain reaction (PCR), that will determine the length of your telomeres and compare it to what's normal for your age. The test can be used to track, over time, how much your telomeres are shortening.

Typical cost: About $350. Insurance will not cover the cost

However, telomere testing is not routinely used because there's not a lot you can do with the information beyond improving your lifestyle, which you should do anyway. In the future, as more products and medications are developed that can significantly lengthen telomeres, the test could be used to determine whether the dose/ medication that you're using is right for you. 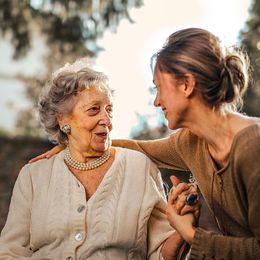 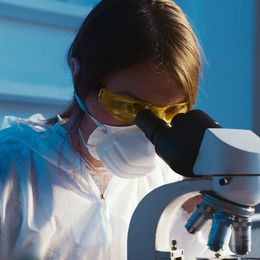