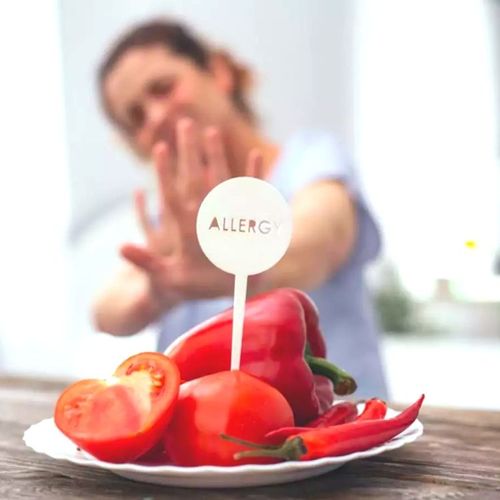 Many people who have food allergies experience mild symptoms, such as-a rash, I runny nose or itchy eyes, when they eat small amounts of a problem food. But they may still be at risk for a potentially deadly reaction.

Recent development: The Food Allergen Labeling and Consumer Protection Act, which went into effect in January 2006, requires food manufacturers to list eight major allergens on their food labels to help people who have food allergies identify and avoid problem foods.

Is It Really An Allergy?

Not all reactions to food are due to allergies. Tens of millions of Americans have a food intolerance, such as a sensitivity to the lactose in milk. The most common symptom of a lactose intolerance is gastrointestinal discomfort, including diarrhea, cramping and flatulence.

Food allergies affect approximately 11 to 12 million Americans. 'When you have a food allergy, the immune system mistakenly identifies as harmful the various proteins-or even a single kind of protein-within one or more foods. This triggers a cascade of events that causes immune cells to respond to the "threat" by releasing large amounts of histamine and other chemicals that produce the allergic symptoms.

The most common food allergen is shellfish. Up to 2% of Americans are allergic to shrimp and/or other shellfish, such as lobster crab aid crayfish. This type of allergy is often ignored primarily because most people tend to eat shellfish far less often than other allergenic foods, such as eggs, peanuts and fish.

A food allergy usually can be diagnosed by taking a thorough medical history. The doctor will want to know...

When do symptoms occur? Food allergies typically cause symptoms within a few minutes to several hours after exposure. Symptoms include stomach cramping, hives, lip swelling, runny nose, congestion and asthma. If you have a food intolerance, symptoms may not occur until the next day.

How much did you eat? Any exposure can trigger symptoms in people who are allergic to certain foods. For some patients, 1 milligram (mg) -an amount that's almost impossible to see will provoke an allergic response. A reaction can even be triggered by kissing (see article on page 37) or sharing utensils with someone who his eaten a substance to which you are allergic. A skin reaction can occur from touching the substance.

Unlike an allergy, if you have a food intolerance, symptoms are usually linked to the amount consumed. Someone who is sensitive to milk, for example, can often drink a small amount without having a reaction.

Two tests can identify most food allergies. They are...

Skin prick. Extracts of suspected foods are pricked into the skin using a needle. The appearance of a rash within a few hours-or even a few minutes-indicates a food allergy.

Caution: The skin-prick test isn't advisable for patients who have severe allergies. The tiny amounts of food used in the test could trigger a life-threatening reaction.

Radioallergosorbent test (RAST). This blood test detects antibodies to specific food proteins. The test occasionally produces false positives-indicating an allergy where none is present. It is often combined with the skin-prick test for more accurate results.

People who have a history of serious food reactions must carry an Epipen. Available by prescription, an Epipen is a self-injector that de_ livers a dose of epinephrine, which stimulates the heart and respiration and helps counteract deadly anaphylaxis.

Important: Use the Epipen immediately if you experience difficulty breathing or throat constriction. Even if you take the shot promptly, get !o an emergency room as soon as possible for follow-up treatments.

Also helpful: Take an antihistamine, such as Benadryl, according to label instructions .It can lessen the severity of symptoms while you get to an emergency room.

New development: Omalizumab (Xolair), a medication currently used for asthma, appears to significantly blunt reactions in food-allergy patients who receive a monthly injection of the drug. In an early study, patients who reacted to trace amounts of peanuts were able to eat eight to 10 nuts without experiencing problems. Further studies must be completed to determine whether the US Food and Drug Administration (FDA) deems it an effective-and safe-therapy for food allergies.

Because there isn't a cure for food allergies -and even trace amounts of a protein can trigger reactions-strict avoidance of the problem food is the best defense...

Always read food labels-even if you've safely eaten that product in the past. Manufacturers frequently change or add ingredients.

Ask about any "hidden, ingredients in medications. Some prescription and over-the-counter (OTC) drugs, as well as vitamins and supplements, may contain milk proteins or other common food allergens. This information should be on the label, but check with your doctor or pharmacist before taking any medication or supplement.

Talk to the chef or restaurant manager when eating out. The waiter or waitress doesn't always have accurate information about food ingredients and preparation. Ask to speak to the chef or manager instead and tell him/her what you're allergic to. Explain that any contact with the offending food can be life threatening.

If you're allergic to shellfish, for example, tell the chef or manager that you can't eat a hamburger that was cooked on the same grill that was used to cook shrimp.

Other hidden sources of food. allergens: Cooking oils that are used to cook different foods...knives and cutting boards that aren't washed between uses. 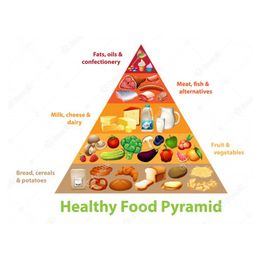 Is There a Hidden Cause Of Your Weight Gain? 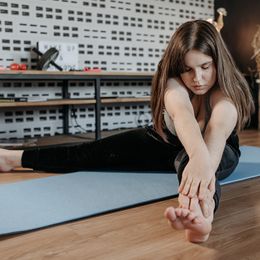