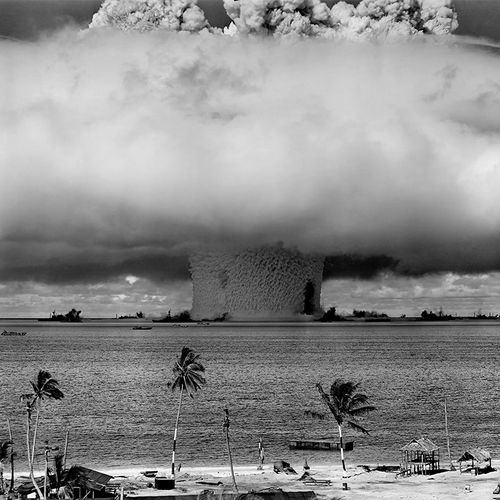 Japan is a country known for its state-of-the art technology and particularly for its preparedness for earthquake damage. Who could have imagined that the quake of March 11, 2011, would be so intense...the tsunami so devastating...the nuclear power plants' safety systems rendered so frighteningly useless? The takeaway here is that the worst-case scenario can surprise any of us—and preparedness is essential. A 2010 survey of state health departments, published in Disaster Medicine and Public Health Preparedness, warned that most US states are not prepared to deal with a nuclear emergency. That may start to change for the better now, but no matter where you live, you can and should take your own steps to protect yourself and your family. Here's what you need to know to survive a release of radiation from a nuclear power plant, whether due to an earthquake, a malfunction in an aging plant-or even a terrorist attack…

Planning For The Situation You’re In

A look at the current crisis in Japan shows people coping with a wide range of situations. Some were located in the evacuation zone within 12 miles of the reactor, where everyone was asked to leave the US has set the limit for Americans in Japan higher and calls for a 50mile evacuation). Others are located in a "take shelter zone," 12 to 19 miles from the reactor. Beyond that, by Japanese standards, you are in the safe zone. The US asks for a measure of "beyond 50 miles" to meet this qualification. So planning for a family's safety in one situation as opposed to another could be quite radically different. Whether you will stay or not, and for how long, will depend on what officials tell you to do based on the particulars of the situation, but a key lesson is to be prepared to hunker down for quite a few days in case you can't leave immediately.

In Japan, if you were fortunate enough to be in the safe zone, the questions you faced were very straightforward. You watched the news, assessed the most reliable information you could, and either made plans to stay or gathered your family and went as quickly as possible to friends or relatives who you felt could offer you safer haven.

If however, you were living within either of the areas closer to the radiation leak-either "the evacuation zone" or the "take shelter zone"-you would have needed a very different kind of plan.

Some family members might have been at their places of business at the onset of the emergency...others at school or elsewhere. Deciding in advance where, when and how you would all make contact could have been critical. And you would need to have a plan B as well as there is no way to know in advance which parts of a community, town or region would be safest-or where it would be safest to meet.

The lesson: Make sure you all carry your cell phones and have each other's numbers and that everyone knows how to send and receive text messages. If the cell-phone network goes down, text messages sometimes get through when voice phone calls cannot.

Once your family members are accounted for, people in the evacuation zone would do just that-evacuate. For that group and for the "take shelter" group, radiation would become the next, primary concern. You would need to protect yourself and your loved ones against the escape of radioisotopes such as lodine 131 and Cesium 137, which can respectively cause thyroid cancer or general cell damage that could result in cancer years down the road. If you absolutely must go out of doors, protect yourself as best you can by covering all skin, including wearing a hat and gloves even if the weather is warm. James H. Thrall, MD, radiologist-in-chief at Massachusetts General Hospital and professor of radiology at Harvard Medical School, said that there are medicines to help (more on this below) and practical steps that can be taken to keep yourself as safe as possible from the dangers.

If you've been outside and may have been contaminated, get into an area that is free of contamination and quickly remove your clothing and shoes. This eliminates about 90% of external contamination, according to the Mayo Clinic. Place all clothing in a plastic bag, seal or tie it and place it as far away as possible from humans and animals. (Later you can call local authorities and ask about the proper disposal of this hazardous waste.)

To remove any remaining radioactive particles, take a shower using plenty of soap and hot water if it's available. Gentle washing-not scrubbing-is best, since you don't want to break your skin and allow particles to enter. Use shampoo but not conditioner in your hair. Conditioner binds with radioactive material and keeps it from rinsing out easily. Gently blow your nose, and wipe your eyelids, eyelashes and ears with a clean, wet cloth. Wash feet extra well, especially if they have gotten wet in water that could have contained contamination.

(Afterward, dispose of any cleaning materials along with your clothing.)

Put duct tape and plastic sheeting around windows and doors to seal out contaminants. Close vents, fireplace flues and other openings. Use an air cleaner with a HEPA filter to remove airborne contaminants—it might be a good idea to buy one now if you don't already have one.

Emergency supplies will be critical while you wait or once you are on the move. (Be sure to assemble the following things and keep them in your house, just in case we have a nuclear emergency in the US.)

A good, strong whistle on a long string for each person in your family to signal for help if necessary.

Watch What You Eat And Drink

Do not consume local produce until government monitors confirm that radioactive isotopes have decayed to safe levels. Food Safety officials in Japan found that Iodine 131 in their tested milk was up to five times what the government deems safe, and spinach had levels of more than seven times the safe level. Shipments of both milk and spinach were halted. But certain types of radioactivity decay rapidly. For example, Iodine 131 has an eight-day half life, so it is nearly all gone in two and one half months, said Dr. Thrall.

Coping With The Fallout

In the years following the 1986 Chernobyl nuclear power plant disaster, during which large concentrations of Cesium 137, Iodine 131 and other radioactive isotopes were released, an epidemic of thyroid cancer developed because children drank milk from cows grazing on grass contaminated by fallout. Children and fetuses are particularly vulnerable to the effects of radiation because they are still growing and their cells are rapidly dividing. That is why exposed children and pregnant women should be the first to be given the most protective medicine available-potassium iodide pills. But since the exposure to radioactive elements such as iodine and cesium may be gradual you may be able to protect yourself…

When To Take Potassium Iodide

Following the nuclear incident in Japan, there was a worldwide run on potassium iodide (KI). which protects people from radiation-induced thyroid cancer. These over-the-counter tablets work by flooding the thyroid gland with nonradioactive iodine so that radioactive iodine cannot be absorbed. But KI can harm you if it's taken unnecessarily. So the question is, how do you know whether you've been exposed to radioactive iodine?

According to Dr. Thrall, "In some cases, you cannot tell if you've been exposed, but anyone known to be within an established zone of higher fallout is presumed to have been. The real question is the uncertainty of how much the exposure has been and whether taking potassium iodide is necessary. People should understand that a small fraction of people will have an allergic or other reaction to potassium iodide, and a small fraction may develop either hyperthyroidism or hypothyroidism depending on the status of their thyroid glands, something that is also typically not known. That is why it is not recommended that people take potassium iodide without a substantial reason. They should wait for an official announcement about it." If you do end up taking KI pills, Dr. Thrall said it's best to do so within two to four hours of exposure.

In 2002, the US Congress passed legislation requiring the government to supply potassium iodide to everyone living within a 20-mile radius of a nuclear power plant-but no administration has ever implemented the provision. You can buy the pills yourself online and at many pharmacies-just be sure they are made by one of the FDA-approved companies such as OSAT tablets (www.anbex.com), ThryoSafe tablets (www.tbyrosafe.com) or ThyroShield solution (www.thyroshield.com).

Remember that KI only protects against thyroid cancer. There are other cancer risks associated with radiation exposure, and medications to help reduce your risk might include medications to stimulate your bone marrow to manufacture more cells or drugs to rid the body of radioisotopes. For example, Prussian blue is a dye that binds to the radioactive particles cesium and thallium and can be used as an antidote after exposure. So those who are exposed to a radiation leak should stay in close touch with their physicians and consider more frequent screenings to counter any exposure-related cancer risk. In Dr. Thrall's opinion, the biggest ongoing health problems after most nuclear power plant incidents are psychological—having been close to radiation causes mental anguish and it is impossible to know how one's future might have been altered by the event. This stress can be debilitating for some people if not addressed-so be sure to reach out and get the emotional as well as physical health support you need following any disaster. 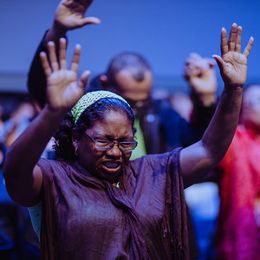 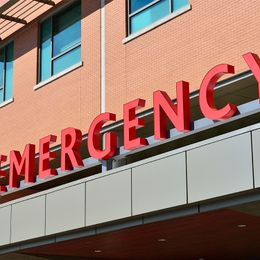