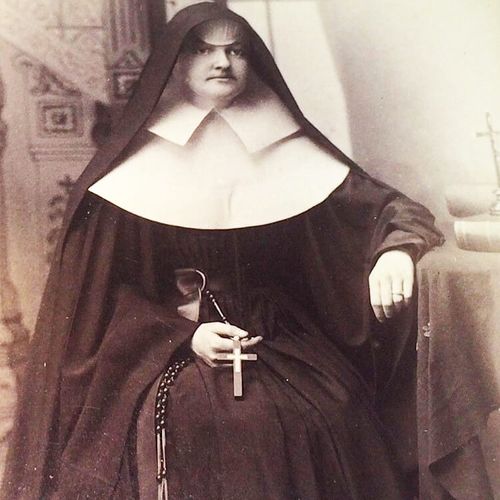 How Nuns Ward Off Alzheimer's

Doctors still don't know what causes Alzheimer's disease. Worse: Today's treatments are far from ideal, but thanks to the ongoing Nun Study—a one-of-a-kind study of brain diseases in the elderly—scientists are beginning to identify some of the main risk factors, which could open the door to preventive strategies and more effective treatments.

Key finding: Scientists now believe that behaviors and personality traits established early in life are strongly linked to the development of Alzheimer's in later years. Some people have a genetic predisposition to getting the disease, but other factors—such as education, staying mentally active and a history of head trauma or stroke—are thought to play a bigger role.

Epidemiology is the field of medicine that deals with the differences between people who get sick and those who don't. The goal is to identify factors that cause or contribute to disease, such as genetics, diet, exercise and vitamin intake.

Over the years, Alzheimer's researchers have used epidemiology to identify risk factors. The difficulty in this approach is that populations arc rarely static. Individuals within a group move away or come from different places... change their habits over time... or fail to accurately recollect their previous behavior. The greater the number of variables, the harder it is to determine which particular factors have positive or negative effects.

Example: It was once widely believed that people with the highest intake of vitamin E were less likely to get Alzheimer's. Yet these are also the people who tend to have healthier habits overall. This makes it difficult to determine if vitamin E itself is beneficial or if the lower disease rates are linked to different factors altogether.

What we have learned: A recent study of blood samples from the nuns showed that vitamin E did not protect against Alzheimer's.

Starting in 1986, David A. Snowdon, PhD, nos/ a professor of neurology at the University of Kentucky, Lexington, began studying nuns of the School Sisters of Notre Dame living in Mankato, Minnesota. The study was later expanded to include nuns living in the midwestern, eastern and southern US.

The researchers hoped to identify factors in eady, mid- and late life that increase the risk of Alzheimer's and other brain diseases. The Nun Study, which initially included 678 participants ranging in age from 75 to 103, is providing answers.

Unlike most populations studied by epidemiologists, the School Sisters of Notre Dame live in small, relatively uniform communities. They get similar medical care and have similar lifestyles. And because convent archives contain detailed personal histories, researchers were able to collect accurate information spanning previous decades of the nuns' lives.

The Nun Study has revealed that even though symptoms of Alzheimer's typically appear in older adults, the underlying causes may be rooted much earlier in life. Important findings...

When scientists examined the brains of nuns who had died, they found that nearly all of those with signs of Alzheimer's, such as brain deposits of a protein called beta-amyloid, showed evidence of a previous stroke or other forms of brain injury such as head trauma from a car accident.

It's not yet certain that a history of stroke increases the risk of Alzheimer's, but it does seem likely that a stroke can accelerate the onset of symptoms and cause more rapid disease progression.

Reason: We all have brain reserves, "extra" neurons that give us the ability to maintain cognitive function after neurological damage. Those who lose some of their brain reserves early in life and then go on to develop Alzheimer's will experience mental impairment more rapidly than those without previous injuries and greater brain reserves.

What to do: Prevent strokes by keeping the cardiovascular system strong—don't smoke, manage blood pressure and cholesterol, and get regular exercise. Protect against head injury—wear a helmet while biking, motorcycling and horseback riding, always wear seatbelts, etc.

A number of studies indicate that low levels of the B vitamin folate are linked to dementia and brain atrophy (shrinkage). The Nun Study indicates that a deficiency may be linked to Alzheimer's as well.

When researchers compared autopsy results with earlier blood samples, they found that nuns with higher blood levels of folate were less likely to show signs of brain atrophy associated with Alzheimer's.

What to do: Eat plenty of folate-rich foods—leafy green vegetables, legumes, fortified cereals and enriched grain products. Take a daily multi-supplement that contains 400 micrograms (mcg) of folic acid for even more protection.

Scientists have learned from autopsies that people with brain changes characteristic of Alzheimer's don't necessarily exhibit impairments of cognitive function. But why do some Alzheimer's patients experience severe declines in mental abilities while others continue to function more or less normally?

When researchers analyzed biographies that the nuns wrote decades before taking holy orders, they found that those with a high "idea density"—a marker of education level and vocabulary—were less likely to develop Alzheimer's symptoms later in life, even when their brains showed signs of disease.

What to do: Take classes at a local college. Read challenging books. Do crossword puzzles. Learn a new language. Mental activity increases the number of synaptic pathways, connections between neurons that enhance memory and cognitive function.

Obesity and hypertension are among the leading causes of stroke. One of the best ways to reduce stroke risk—and protect brain reserves—is with daily physical activity. It's never too late to start. One of the sisters in the Nun Study, who was 91 years old when she was interviewed, attributed her longevity to an exercise program that she started when she was 70.

Exercise improves blood circulation in the brain and lowers blood pressure. It also lowers stress hormones and stimulates the release of trophic factors, brain proteins that repair neurons and keep them functioning at peak capacity.

What to do: Exercise daily. Even light physical activity, such as walking or yard work, increases the release of trophic factors and promotes better cognitive function.

Depression, anger and stress increase the risk of cardiovascular disease as well as declines in cognitive function. A study of the nuns' biographies showed that those who expressed negative emotions died sooner and were more likely to have declines in mental function.

Stress and anxiety increase levels of glucocorticoids, hormones that damage the hippocampus, the part of the brain that controls memory. Depression saps motivation and self-esteem and can cause significant memory declines. In patients who already have Alzheimer's symptoms, depression and stress can accelerate mental declines.

Know the signs: Insomnia, changes in appetite, increasing irritability or a loss of interest in daily activities can indicate clinically significant stress/depression. See a doctor or therapist right away.

What to do: Reduce stress with activities you find relaxing, such as exercise, or even simply by taking deep breaths. Talk about your problems with friends and family. Sharing concerns with others can lower levels of stress hormones even when the source of the stress is ongoing. 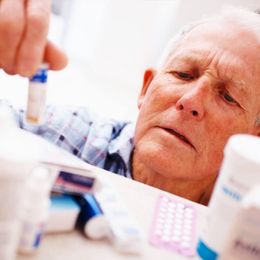