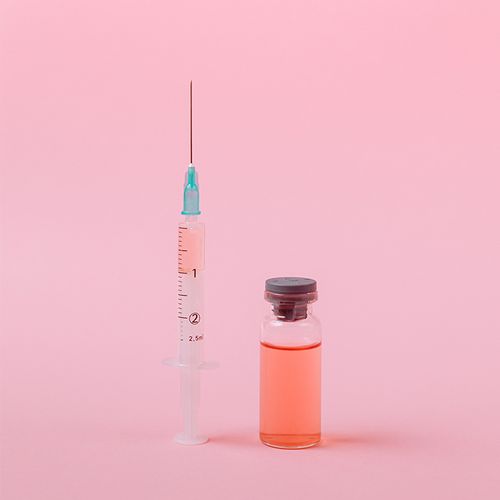 When expectant mothers get a flu vaccination, they not only protect themselves throughout their pregnancy but may also help safeguard their babies against flu for the first few months of life.

A study published online in the Archives of Pediatrics & Adolescent Medicine found that when women were vaccinated in the second or third trimester of pregnancy, their babies were significantly less likely to get the flu, and the babies' blood showed evidence of antibodies to the flu.

"Influenza infection among young infants can be a serious illness," said the study's senior author, Katherine O'Brien, MD, PhD, a pediatrician and professor in the department of international health at Johns Hopkins Bloomberg School of Public Health in Baltimore.

To assess whether a vaccine given to the mother would provide any immunity to her offspring, the researchers followed 1,160 mothers who gave birth during one of three influenza seasons.

All of the mothers lived on either the Navajo or White Mountain Apache Indian reservations Dr. O'Brien said people living in these areas have a higher risk of respiratory illness during influenza season than residents of other areas of the country.

During the study, 49% of the women chose to get the influenza vaccine during the second or third trimester of pregnancy.

The researchers found a 41% reduction in the risk of lab-confirmed flu infection in babies whose mothers received the influenza vaccine. Babies born to mothers who received the flu immunization also had a 39% decreased risk of being hospitalized because of flu.

When the researchers tested blood samples from the infants, they found that babies whose moms had been vaccinated had higher levels of antibodies against the strains of flu included in the vaccines than babies whose mothers chose not to be immunized.

Dr. O'Brien said she believes these findings can be generalized to other populations. There's no reason to believe this wouldn't be an important strategy for protecting all infants," she said.

Protecting Infants Against The Flu

There are several ways of protecting young infants against influenza, according to Dr. O'Brien. One is to assure that those in contact with young infants are immunized for influenza. Other ways are to practice good hygiene and hand washing, as well as keeping infants away from people who are known to be ill. And, this study shows if the pregnant mother is immunized during pregnancy, it affords protection to the infant, she noted.

Young babies may acquire antibodies against some strains of influenza from their mothers blood, but this immunity may not match the currently circulating strains of flu often covered in the current year's vaccine.

"We already know that pregnant women are at a higher risk of morbidity from influenza, and we already know we should be vaccinating just to prevent the disease in pregnant women, but this study gives us just another reason, and another positive reason, to encourage influenza vaccinations," said Kathleen Neuzil, MD, MPH, director of the influenza vaccine program at PATH, a global health non-profit organization based in Seattle. Dr. Neuzil is also the coauthor of an accompanying editorial in the same issue of the journal.

"Pregnant women should get the influenza vaccine, and if they don't want to do it for themselves, here's a reason-you can protect your unborn baby as well," said Dr. Neuzil.

How Your Child's Flu Shot Helps You!

Children in remote communities in western Canada were given either a flu vaccination or a placebo.

Result: More than 10% of adults and children in areas where children were given a placebo developed flu, compared with less than 5% in communities where children had received the vaccination.

The measles, mumps and rubella (MMR) and chicken pox vaccines often are administered in a four-in-one combination shot called ProQuad.

Recent finding: Children ages one to two who receive the ProQuad shot are twice as likely to suffer seizures within seven to 10 days after the injection than children who receive separate MMR and chicken pox vaccines.

In a recent study, two groups of infants were vaccinated against various illnesses, such as diphtheria and pneumococcal disease. One group was then given acetaminophen (Tylenol) every six to eight hours for the next 24 hours to reduce pain and fever...the second group was not given any medication.

Reason: Fever is essential to the immune-strengthening response to vaccination.

Conclusion: Fever-reducing drugs should not be routinely recommended at the time of vaccination. This study included infants up to age 15 months, so it provided no data on older children or adults—but effects may be similar.

Best: If a high fever develops after a vaccine, call the doctor.

Antidepressants Delay Lactation—So Don't Give Up!

New mothers trying to breast-feed may get discouraged if the first few days don't go well.

What a recent study showed: Among mothers taking a selective serotonin reuptake inhibitor (SSRD antidepressant, full breast-milk secretion began at 85.8 hours postpartum, on average...versus 69.1 hours for mothers not on an SSRI.

Reason: Breast gland activity is regulated by the hormone serotonin.

Remember: Breast-feeding has many health advantages for moms and for babies. If you take an SSRI, your milk may come in a half day to one day later than usual—so be patient. If you need help or support, contact La Leche League International, 800-525-3243, www.llli.org.

Breast-Feeding Could Save Lives

Breast-feeding could save 900 children's D lives each year—and hundreds of millions of dollars in health-care costs—if 90% of US women did it for the first six months after their babies were born. Breast milk has antibodies that help fight infections. Infants who are not breast-fed have higher rates of Sudden Infant Death Syndrome (SIDS), diabetes and obesity. 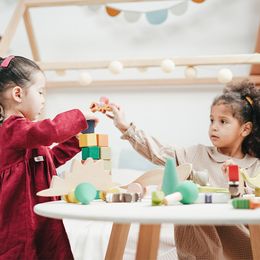