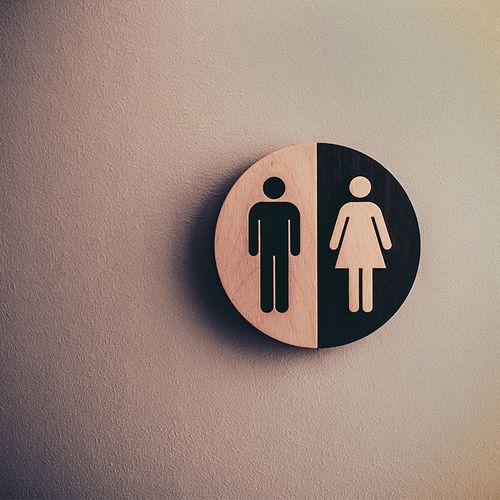 Beyond the gender-specific cancers, such as prostate and ovarian, most people assume that other malignancies affect men and women equally-but that's not true.

Recent development: Researchers are increasingly identifying gender-related differences in genes, environmental exposures and behavioral factors that may affect cancer growth and help in detection and treatment.

In the US, bladder cancer is expected to strike about 53,000 men and 18,000 women this year. The increased risk among men is mainly due to environmental factors, including smoking (more men smoke) and job-related exposure to toxins-especially in the processing industries, such as textile, metal, rubber and printing, which often use heavy metals and other carcinogens. When such carcinogens are inhaled, they pass into the urine where they can lead to cancer in the bladder. The inhalation of carcinogens while smoking cigarettes also increases bladder cancer risk, as does exposure to secondhand smoke.

While men have greater average exposure to such carcinogens, their risk also is higher because they urinate less often, on average, than women (seven times daily rather than eight), exposing the bladder to potential carcinogens longer.

Self-defense for men and women: Don't smoke. If you have symptoms of bladder cancer, such as blood in your urine, see your doctor. If you're at increased risk for bladder cancer due to your job, ask your doctor about one of several new tumor marker tests that can help identify bladder cancer early. Drinking water (about 50 ounces daily) also has been shown to reduce bladder cancer risk.

This year, colorectal cancer is expected to strike about 76,000 men and about 71,000 women in the US. Studies show that hormone replacement therapy significantly lowers menopausal women's risk for colorectal cancer-SO younger women's higher estrogen levels also may have a protective effect.

Self-defense for men and women: Starting at age 50, get checked regularly for precancerous polyps with a colonoscopy (examination of the colon using a lighted, flexible tube) or, in some cases, flexible sigmoidoscopy a similar procedure that examines the lower one-third of the colon). Follow your doctor's advice on the frequency of these tests.

One of the primary risk factors for esophageal cancer is chronic acid reflux-also known as gastroesophageal reflux disease (GERD). With GERD, the esophagus is repeatedly exposed to acidic stomach contents, which can cause cellular changes in the esophageal lining that may lead to cancer.

In the US, esophageal cancer is expected to affect about 13,000 men and about 3,500 women this year.

The main reason: Men are much more likely than women to have GERD—and related risk factors, such as drinking alcohol excessively, which increases stomach acid production...and having big bellies, which increase pressure on the stomach contents.

Self-defense for men and women: Drink in moderation (up to one drink daily if you're a woman...up to two drinks daily if you're a man) and lose weight, if necessary. If you have chronic acid reflux (common symptoms include burning in the throat, chronic cough or chronic hoarseness), seek medical treatment, such as prescription medication, to reduce symptoms.

This year, liver cancer is expected to affect about 16,000 men and 6,000 women in the US. Men are more likely than women to develop and die from liver cancer, largely because men are at greater risk for cirrhosis-the main risk factor for this type of malignancy. Men also have higher rates of hepatitis B and hepatitis C, both of which can cause cirrhosis. Twice as many men as women drink alcohol excessively, which also increases cirrhosis risk.

Self-defense for men and women: Drink moderately (as described earlier).. avoid hepatitis by protecting yourself against infected blood and body fluids by practicing safe sex and making sure that any nail salons you visit use sterilized manicure tools...and know hepatitis B and C symptoms (brief, flulike illness, nausea, vomiting and diarrhea, loss of appetite, abdominal pain and jaundice) so you can get treatment if you become infected.

Lung cancer—the deadliest of all malignancies-is expected to strike about 116,000 men and approximately 103,000 women in the US this year.

Statistics show that women are more likely to be among the 10% of lung cancer patients who never smoked. Although exposure to secondhand smoke and other carcinogens (such as asbestos and radon) play a role in lung cancer, women's risk for this disease may be influenced by estrogen, which some studies indicate can fuel lung tumor growth. Hormone replacement therapy, for example, has been shown to increase risk of dying from lung cancer, particularly among female smokers. Even so, women have better survival rates than men for all types and stages of lung cancer.

Groundbreaking research: The role of estrogen is being investigated in studies under way at the University of Pittsburgh and the University of California, Los Angeles. Specifically, researchers are studying whether women with lung cancer fare better when given the estrogen-blocking drug fulvestrant (Faslodex) in addition to the lung cancer drug erlotinib (Tarceva).

Self-defense for men and women: Do not smoke, and avoid secondhand smoke, radon and asbestos whenever possible.

Melanoma, the most dangerous form of skin cancer, is more common among women than men under age 40...occurs equally in both sexes between ages 40 and 50...and strikes significantly more men than women after age 50.

Some research theorizes that estrogen may account for the difference in melanoma rates in men and women. In total, about 30,000 women and 39,000 men in the US are predicted to develop melanoma this year.

Important new study finding: Researchers at New York University Langone Medical Center found that women under age 40 diagnosed with melanoma were much more likely to have a variation in a potentially cancer-promoting gene called MDM2. Besides offering an explanation for melanoma's prevalence in younger women, the discovery suggests that screening for this variation with a blood test may help identify women at risk and increase early detection of melanoma while it is most treatable.

Self-defense for men and women: Undergo yearly skin exams by a dermatologist, and perform self-exams in front of a mirror to identify changes in size, shape or color of existing moles and to check for new moles, spots or freckles that look unusual. 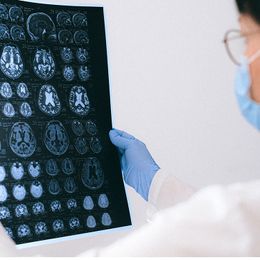 How a Top Brain Doc Protects His Own Brain From Cancer 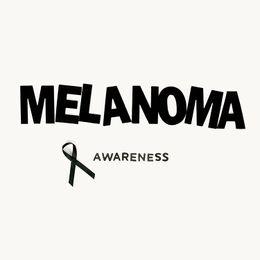