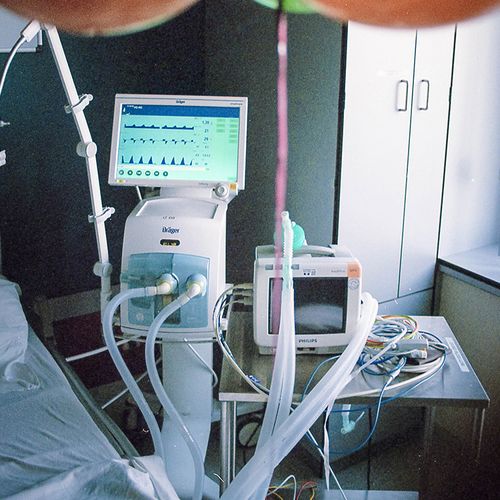 Many risk factors for stroke are well-known. For example, high blood pressure (hypertension), elevated cholesterol, diabetes, inactivity, smoking, a prior stroke or "mini-stroke" (also called a transient ischemic attack, or TIA) or a family history of stroke all increase your odds of suffering this potentially devastating condition.

Of the nearly 800,000 Americans who suffer a stroke each year, about 87% have an ischemic stroke (a clot blocks blood flow to the brain) and 13% have a hemorrhagic stroke (a blood vessel in the brain ruptures). In the US, stroke is the number-three cause of death and a leading cause of disability complications can include paralysis.. weakness in an arm or leg...and/or speech problems.

What few people realize: There are many little-known risk factors for stroke, which also should be taken seriously, particularly if you have one or more of the risk factors mentioned above. Each additional risk factor increases your chance of having a stroke.

High blood pressure can triple your risk for a stroke.

Recent development: A study of nearly 9,000 people found that cold weather raises blood pressure levels in people age 65 and older. One-third of those studied had hypertension in the winter, compared with about one-quarter during the summer.

If you had chicken pox as a child, you're at risk for an outbreak of the same virus-a condition known as shingles--years later.

After a bout of chicken pox, the virus (varicella-zoster) becomes dormant in sensory nerves along the spinal cord or near the brain. With shingles, the virus reemerges, causing an often painful rash that typically wraps itself around the trunk from mid-back to one side of the chest. The trigger behind this reactivation is thought to be related to stress and suppression of the immune system.

New research: In a study of nearly 8,000 adults who had been treated for shingles and 23,000 who had not suffered the disease, the shingles patients were 31% more likely to have had a stroke in the year following the shingles outbreak. It's important to note that shingles often occurs in people who are already ill or have a suppressed immune system-factors that in themselves raise stroke risk.

Self-defense: There is not enough evidence to recommend that the shingles vaccine be given for stroke prevention. However, it's wise for older adults to receive the vaccine, since it's estimated that half of people who live to age 85 will suffer a shingles attack. If you have a history of shingles, follow your doctor's advice on stroke prevention, such as making lifestyle changes and taking medication to prevent or control hypertension, cholesterol levels and/or diabetes.

What happens: Unrelieved stress triggers the ongoing release of cortisol, a hormone that can over time raise blood pressure, destabilize blood sugar levels and increase inflammation—all of which can raise stroke risk.

Self-defense: Chronic stress is often linked to clinical depression. If you suspect that you may be depressed (symptoms include change in weight and/or sleep habits), see your doctor. He/she may prescribe an antidepressant and/or recommend cognitive behavioral therapy (CBT), which research shows is as effective as medication in reducing depression. Regular exercise, a healthful diet and sufficient sleep also help fight depression. If you are not depressed but regularly experience stress, follow the lifestyle changes described above.

People who suffer migraines with "auras" (visual disturbances such as jagged lines and flashes of light) have twice the risk for ischemic stroke as people without migraines, according to recent research. The increased risk is most apparent in women who smoke and take oral contraceptives.

Self-defense: If you suffer migraines with auras, discuss your stroke risk with your doctor.

Because chiropractic adjustments to the neck often involve physical manipulation of the cervical spine (neck region), neurologists and chiropractors have long debated whether such movements can lead to a rare form of ischemic stroke known as vertebrobasilar artery (VBA) stroke, which can be triggered by a tear in the vertebral arteries that run along the neck bones.

Latest research: A study of 818 people found that those under age 45 who had suffered VBA strokes and were hospitalized for that type of stroke were three times more likely to have seen a chiropractor or a primary care physician before the hospitalization than people without VBA strokes. In people over age 45, VBA stroke was associated with visits to primary care practitioners.

The researchers speculated that the visits to both practitioners occurred when people had symptoms of a VBA tear, such as neck pain or stiffness, but had not yet had a VBA stroke.

Self-defense: It is unlikely that a chiropractic adjustment of the neck will greatly increase your risk for a stroke. But since all medical treatments have some risks, you'll need to decide whether the benefits of a chiropractic manipulation of the neck outweigh the likely small risk for stroke.

Warning: You can cause a VBA tear by bending your head backward over a sink while having your hair washed at a hair salon. If you've had a previous stroke or TIA, do not put your head in this position. If you have no history of stroke, make sure your neck is resting comfortably and securely on a towel and not on the sink itself.

People living in neighborhoods with the most fast-food restaurants had a 13% higher risk for ischemic stroke, according to a new study. This research doesn't prove that fast food causes stroke but shows a statistical association between the two factors. However, there is proof that high levels of saturated fat and salt—both commonly found in several fast-food meals, increase stroke risk.

Self-defense: Limit your intake of fast foods. If you go to a fast-food restaurant, choose more healthful menu items, such as salads.

When researchers followed 1,430 women for an average of 22 years, they found that those who experienced natural menopause (cessation of menstruation for one year) before age 42 were twice as likely to suffer strokes as women whose natural menopause occurred at a later age.

If you experienced natural menopause before age 42: Tell your doctor and ask him/ her to evaluate your stroke risk. 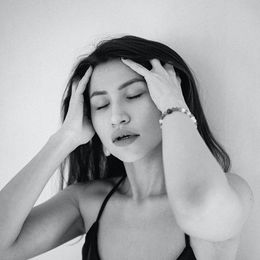 Type of Migraine Can Double Your Stroke Risk 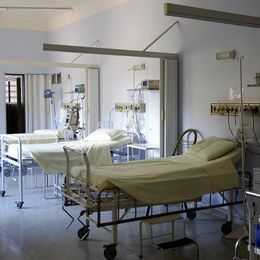