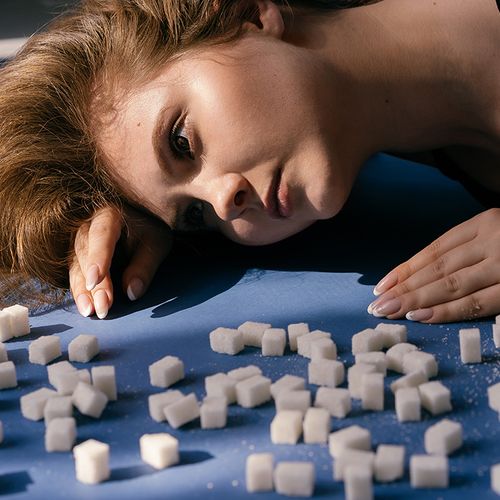 With all the devastating complications of diabetes, such as heart disease, stroke, dementia and blindness, you might assume that most doctors are doing everything possible to catch this disease in its earliest stages. Not so.

Problem: There are currently no national guidelines for screening and treating diabetes before it reaches a full-blown stage.

Research clearly shows that the damage caused by diabetes begins years—and sometimes decades-earlier, but standard medical practice has not yet caught up with the newest findings on this disease.

Fortunately, there are scientifically proven ways to identify and correct the root causes of diabetes so that you never develop the disease itself.

When The Problem Starts

Diabetes is diagnosed when blood sugar glucose levels reach 126 mg/dL and above. "Prediabetes" is defined as blood sugar levels that are higher than normal but not high enough to indicate diabetes. Normal levels are less than 100 mg/dL.

What most people don't know: Although most doctors routinely test blood sugar to detect diabetes, it's quite common to have a normal level and still have "diabesity," a condition typically marked by obesity and other changes in the body that can lead to the same complications (such as heart disease, stroke and cancer) as full-fledged diabetes.

Important: Even if you're not diabetic, having "belly fat-for example, a waist circumference of more than 35 inches in women and more than 40 inches in men—often has many of the same dangerous effects on the body as diabetes.

Important finding: In a landmark study in Europe, researchers looked at 22,000 people and found that those with blood sugar levels of just 95 mg/dl-a level that's generally considered healthy-already had significant risks for heart disease and other complications.

Even though we've all been told that high blood sugar is the telltale sign of diabetes, insulin levels are, in fact, a more important hallmark that a person is in the early stages of the "diabetes continuum."

High blood sugar is typically blamed on a lack of insulin-or insulin that doesn't work efficiently. However, too much insulin is actually the best marker of the stages leading up to prediabetes and diabetes.

Why is high insulin so important? In most cases, it means that you have insulin resistance, a condition in which your body's cells aren't responding to insulin's effects. As a result, your body churns out more insulin than it normally would.

Once you have insulin resistance, you've set the stage to develop abdominal obesity, artery-damaging inflammation and other conditions that increasingly raise your risk for prediabetes and diabetes.

Because doctors focus on prediabetes and diabetes-conditions detected with a blood sugar test-they tend to miss the earlier signs of diabesity. A better approach…

Cost: $50 to $100 (usually covered by insurance). I advise all patients to have this test every three to five years.. and annually for a person who is trying to reverse diabetes.

With the correct lifestyle changes, most people can naturally reduce insulin as well as risk for diabesity-related complications, such as heart disease.

Example: The well-respected Diabetes Prevention Program sponsored by the National Institutes of Health found that overweight people who improved their diets and walked just 20 to 30 minutes a day lost modest amounts of weight and were 58% less likely to develop diabetes. You can reduce your risk even more by following those stops…

My advice: Look at your overall diet and try to balance higher-glycemic foods with lower-glycemic foods. In general, foods that are minimally processed-fresh vegetables, legumes, fish, etc.—are lower on the glycemic index. These foods are ideal because they cause only gradual rises in blood sugar and insulin.

These ill effects occur because the wheat that's produced today is different from the natural grain. With selective breeding and hybridization, today's wheat is high in amylopectin A, which is naturally fattening. It also contains an inflammatory form of gluten along with short forms of protein, known as exorphins, which are literally addictive.

Best: Instead of white or whole-wheat bread and pasta, switch to non-wheat grains such as brown or black rice, quinoa, buckwheat or amaranth. They're easy to cook, taste good and they don't have any of the negative effects. Small red russet potatoes also are acceptable.

Moderation rarely works with soft drinks because sugar is addictive. It activates the same brain receptors that are stimulated by heroin.

My advice: Switch completely to water. A cup of unsweetened coffee or tea daily is acceptable, but water should be your main source of fluids.

Bonus: People who are trying to lose weight can lose 44% more in 12 weeks just by drinking a glass of water before meals. 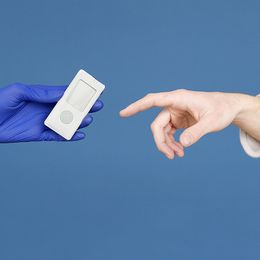 What Your Doctor May Not Tell You About Your Diabetes

New Stem Cell Treatment May Help Those with Type 1 Diabetes 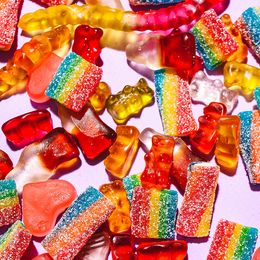