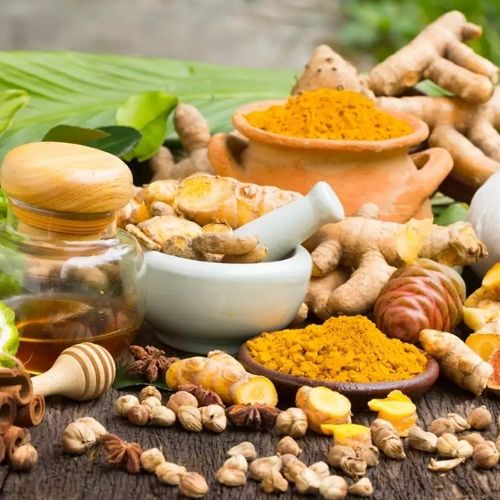 It was headline news when The New England Journal of Medicine published a study that I cast doubt on the effectiveness of echinacea. The message to the countless consumers spending more than $300 million annually on the purported cold-fighting herb? Save your money.

University of Virginia School of Medicine researchers had found echinacea to be no more effective than a placebo at combating cold and flu symptoms. But don't clear out your herbal medicine chest just yet.

What went largely unreported was that study participants received only 900 mg of echinacea daily—less than one-third of the dose recommended by the World Health Organization for combating upper-respiratory infections. That's akin to expecting one-third of a dose of aspirin to relieve a headache.

What's the other side of the story? Dozens of clinical studies point to echinacea's effectiveness, including a Canadian trial in which volunteers who took echinacea at the onset of colds experienced 23% milder, shorter symptoms, such as sore throat, stuffy nose, chills and headache, than those taking a placebo—a benefit that researchers linked to a marked increase in circulating white blood cells and other cells of the immune system.

More work is needed to identify the optimal echinacea species (supplements are commonly derived from E. purpurea, E. pallida or E. angustifolia) and the most potent plant parts (roots, stems, leaves or flowers).

Meanwhile, best results have been achieved by taking 3,000 mg daily of an echinacea product that combines one of the above-mentioned species and parts at the first sign of cold or flu until symptoms resolve.

Caution: If you're allergic to ragweed, avoid echinacea supplements derived from stems, leaves or flowers-they may contain pollen and trigger a reaction. Use an echinacea root supplement.

Five other herbs with scientific evidence on their side…

What it does: Helps prevent and possibly reverse arterial plaque buildup (atherosclerosis), a major risk factor for heart attack and stroke...reduces risk for stomach and colorectal cancers...and acts as a blood thinner to reduce the risk for blood clots.

Scientific evidence: In a recent German study, 152 patients with advanced atherosclerosis who took 900 mg daily of garlic powder for four years experienced a 3% decrease in existing arterial plaques in their neck (carotid) and thigh (femoral) arteries. Those taking a placebo experienced more than a 15% increase in arterial plaques.

Potential side effects: Bad breath and indigestion. Because garlic has a blood-thinning effect, it should not be used if you take aspirin regularly or an anticoagulant drug, such as utarfa4n (Coumadin). To minimize bleeding risk, ask your doctor about discontinuing garlic supplements at least one week before undergoing elective surgery.

What it does: Improves memory and concentration in people with early-stage senile dementia or Alzheimer's disease, as well as in healthy adults, by increasing blood flow to the brain. May also relieve tinnitus (ringing in the ears), vertigo and altitude sickness, as well as vascular problems such as intermittent claudication, a painful calf condition caused by decreased circulation to the legs.

Scientific evidence: An overwhelming majority of ginkgo trials have shown positive results. At least 33 randomized, controlled trials have shown this herb to enhance mental functioning or slow cognitive deterioration in older patients with dementia, while another 13 controlled studies have shown ginkgo to boost memory and cognitive performance in healthy adults.

Potential side effects: Stomach upset, headache, rash and/or dizziness. Like garlic, ginkgo should not be taken with aspirin or a prescription blood thinner such as warfarin. The herb was previously believed to increase the effects of monoamine oxidase inhibitor (MAOI) antidepressants, such as phenelzine (Nardil), but this has been refuted.

Typical dose: 120 mg daily. Nearly all positive ginkgo trials have used one of three formulations that are produced in Germany and sold in health-food stores in the US under the brand names Ginkoba by Pharmaton Natural Health Products...Ginkgold by Nature's Way... and Ginkai by Abkit Inc.

What it does: Because of its strong antioxidant activity, milk thistle detoxifies the liver and may help regenerate liver cells. It may be appropriate for patients with alcohol-related liver damage or infectious or drug-induced hepatitis, as well as anyone who is regularly exposed to industrial pollutants.

Scientific evidence: At least 19 out of 21. clinical studies (a total of 2,200 people out of 2,400) have shown milk thistle to protect the liver against invasive toxins and possibly even stimulate the generation of new liver cells.

What it does: Relieves the symptoms of benign prostatic hyperplasia (BPH), a noncancerous swelling of the prostate gland, which causes frequent and/or weak urination and is common in men over age 50.

Scientific evidence: In nearly two dozen clinical trials, saw palmetto has proven almost equal to prescription drugs, such as finasteride (Proscar) and terazosin (Hytrin), for relieving the symptoms of BPH. Unlike prescription prostate medications, which can cause side effects, including diminished libido, saw palmetto causes only minor adverse effects. Saw palmetto does not inhibit the production of prostate specific antigen (PSA), a protein that, when elevated, serves as an early warning for prostate cancer. (Conventional BPH drugs suppress PSA, complicating prostate cancer screening.)

Potential side effects: Stomach upset or nausea if taken on an empty stomach.

What it does: The root combats insomnia and acts as a mild sedative to relieve anxiety or restlessness.

Scientific evidence: All of the nearly 30 clinical studies to date have shown the herb to be effective against insomnia and anxiety. In a recent German trial, taking 600 mg of valerian root extract daily proved as effective as the prescription tranquilizer oxazqarn for improving sleep quality, but with fewer side effects. Unlike prescription sleep aids, valerian isn't habit-forming, won't leave you feeling groggy the next morning and doesn't diminish alertness, reaction time or concentration.

Potential side effects: None known. It is best to avoid combining valenan with conventional sedatives, such as diazepam (Valium), since the herb may exacerbate the drug's sedating effects.
Typical dose: 2 g to 3 g of the dried crushed root, infused as a tea...or 400 mg to 800 mg in supplement form, taken one-half hour before bedtime. 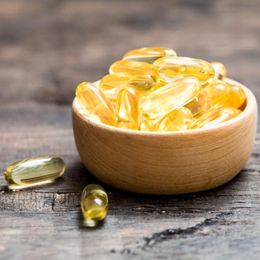 The Amazing Power of Fish Oil 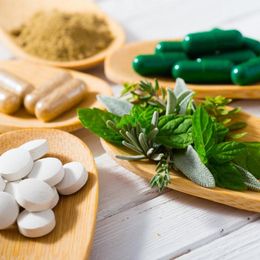