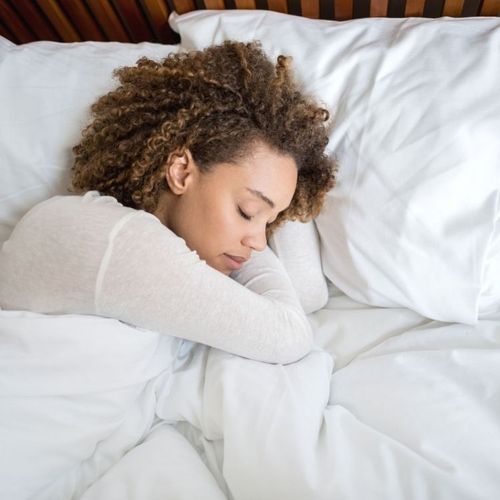 We dream five dreams a night, on average. Sometimes dreams are exciting, sometimes troubling or confusing and most of the time they're forgotten when we wake up.

Despite the considerable amount of time we all spend dreaming during our lives, dreams are not well-understood. Here, David Kahn, PhD, a dream researcher at Harvard Medical School, answers some of the most common questions about dreams...

Why do we dream? This is still under debate. At one extreme, there are researchers who will argue that dreaming is simply an epiphenomenon, or a side effect, of chemical changes that occur in the brain during sleep. At the other extreme, some believe that dreaming is a mechanism that allows us to reconsider what's going on in our lives without the constraints that we impose on our thoughts when we are awake.

A theory known as the threat simulation hypothesis proposes that the purpose of dreams is to make us respond to artificial threats so we re better able to cope with the threats that come up in real life. Another theory suggests that our dreams help us interpret what other people are thinking, a useful skill for social beings.

I can only speculate on the purpose of dreaming. I think that dreams provide us with new ways to see ourselves and our relationships with people and the world-to think outside the box.

What does it mean if I don't dream? you almost certainly do dream, but you don't remember that you do. The part of the brain that remembers what we've just said or done is essentially off-line when we sleep, so the vast majority of dreams are forgotten.

If you keep a pad or a tape recorder by your bed and jot down or dictate your dreams before they disappear you are more likely to remember them.

There's also evidence that we can will ourselves to retain more dreams. Before you go to sleep and after you wake up, tell yourself you want to remember.

The only people who might not dream are those who have stroke damage or who have lesions on specific parts of the brain. Even in these extreme cases, it isn't clear whether these people don't dream or whether they are just incapable of remembering their dreams.

Is there any way to control our dreams or trigger good dreams? The only way to control dreams is through something called lucid dreaming. During a lucid dream, the dreamer is aware that he/she is dreaming. Once armed with this awareness, it might be possible to take control of the dream-for example, by changing a frightening dream into something more pleasant. Perhaps the knife in a pursuer's hand becomes a piece of cake.

Lucid dreaming isn't easy, but it seems anyone can accomplish it with effort. If you'd like to try, think about the situations that are common in your dreams but impossible or unlikely in real life, such as flying without a plane or being chased by killers. Every night before you go to sleep, remind yourself, If I'm flying, I must be dreaming. It could take weeks or months, but eventually you may achieve a lucid dream. Some people who have mastered lucid dreaming say it becomes easier once you get the hang of it.

Can we use our dreams to improve our lives? The things that appear in our dreams often carry an emotional tug for us during our waking lives. Since the dreaming mind is unconstrained, we might think of these things in different ways when we're asleep than we do when we're awake, potentially helping us gain some insight into ourselves.

For example, a woman dreamed that she missed her highway exit while driving to meet her boyfriend. In the dream, she was so concerned about being late that she put her car in reverse and backed up to the exit despite the dangers. When she was asked what this dream meant to her, the woman said that she didn't want to disappoint her boyfriend by being late. She hadn't previously realized how concerned she was about her boyfriend's opinion of her.

We should not let others tell us what our dreams represent. Such interpretations tend to be projections of the person doing the analysis, not the dreamer.

Are nightmares normal? Should I wake someone who is having a bad dream? Nightmares are very normal. They usually don't suggest any mental or physical problem, though occasionally they might be related to stress.

Science really has no answer as to whether it's better to wake someone who is having a nightmare or let him/her sleep. My personal feeling is that it's best to let the person sleep because when we're dreaming, we're in the rapid eye movement (REM) stage. You don't want to deprive people of REM sleep, which is an important stage in our sleep cycle. If you're a parent and just can't stand to see your child upset during a nightmare, it's okay to wake him gently.

Why do some dreams recur? Is there any way to stop a recurring dream? The content of recurring dreams frequently seems to be related to issues in our lives that lack closure or resolution. If you address the underlying issue, the dream is likely to go away.

What is sleep paralysis? Sleep paralysis while dreaming is perfectly normal. In fact, we would be at risk if we didn't experience it. Our bodies become paralyzed during the dream stages of sleep to prevent us from physically acting out whatever we're doing in our dreams. Without sleep paralysis, we might sleepwalk out a window oi punch our spouse as we fight off a dream attacker. Medications ate available for those who don't always experience sleep paralysis naturally.

Occasionally, sleep paralysis will continue momentarily after we wake up. This can be scary, but it generally lasts only a few seconds.

Why do dreams blend realistic and nonsensical images? When we sleep, some areas of our brain become more active, while other areas become inactive. Thus, we're able to access certain realistic memories and images' but we can't always make the logical associations that go along with them. The nonsensical images in our dreams are our brain's attempts to fill in these missing Pieces.

Why does it sometimes feel like the person you're dreaming about is actually present? We don't really know why. Our best explanation is that the dreaming brain lacks the ability to say, This doesn't make much sense' If the person appears to be there in a dream, your brain simply might assume that he really is there.

Why do certain common themes occur in most people's dreams? There do seem to be some universal dream themes' Among the most common are not being prepared, such as for a test...being chased or attacked.. 'and not being in control. The details of these dreams differ from culture to culture-the out-of-control car in your dream might be a runaway horse in a part of the world without cars-but the themes appear everywhere.

Perhaps these dreams reflect something basic about the human condition. We all worry about being unprepared, being attacked and not being in control. 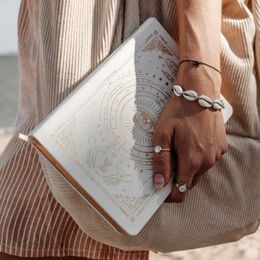 Decode Your Dreams to Improve Your Health

Sleep Inertia-What Happens to Your Brain When You Wake Up 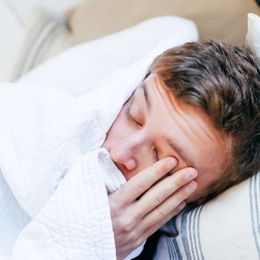