Green tea has remarkable powers to combat disease. I think we all should include green tea in our daily health regimen.

The leaves of the evergreen shrub Camelia sinensis are used to make green, black and oolong tea- but green tea contains the most epigallocatechin (EGCG), EGCG ( a type of plant compound called a polyphenol, flavonoid or catechin) is a powerful anti-inflammatory and antioxidant. Research shows that chronic low-grade inflammation (produced by an immune system in overdrive) and oxidation (a kind of internal rust that damages cells) are the two processes that trigger and advance most chronic diseases. Evidence shows that green tea can prevent and treat many of these diseases...

Type 2 diabetes is a major risk factor for cardiovascular disease and can lead to many other disastrous health problems, including kidney failure, blindness and lower-limb amputation.

In a study of 60 people with diabetes, those who took a daily supplement of green tea extract for two months significantly reduced hemoglobin A1C-a biomarker of blood sugar levels.

How it works: People with diabetes who drank green tea for 12 weeks boosted their levels of insulin (the hormone that helps move sugar out of the blood and into muscle cells)- and decreased their levels of A1C.

More than 65% of Americans are overweight. Those extra pounds are a risk factor in dozens of health problems, including cardiovascular disease, cancer, osteoarthritis and type 2 diabetes. Researchers from the Netherlands reviewed 49 studies on green tea and weight loss and analyzed the results of the 11 most scientifically rigorous. They found that drinking green tea "significantly decreased body weight" and "significantly maintained body weight after a period of weight loss."

Why it works: EGCG blocks the action of an enzyme that breaks down noradrenaline (NA). This hormone and neurotransmitter stimulates the sympathetic nervous system, which controls heart rate, muscle tension and the release of energy from fat. By preserving NA, EGCG triggers your metabolism to stay more active and bum more calories.

Researchers have conducted more than 1,000 scientific studies on the ability of green tea and EGCG to prevent and reverse cancer, including...

Colon cancer: Japanese researchers studied 136 people with colorectal adenomas (benign tumors that often precede colon cancer). Half of the participants were given a green tea extract. A year later, only 15% of those receiving the extract had developed new adenomas, compared with 31% of those who didn't receive the extract.

Prostate cancer: In a study published in American journal of Epidemiology, Japanese researchers found that men with prostate cancer who drank five or more cups of green tea a day had a 48% lower risk of developing advanced prostate cancer, compared with men who drank less than one cup a day.

Lung cancer: Chinese researchers found a 22% lower risk among those with the highest consumption of green tea, compared with those who did not consume green tea.

Why it works: EGCG interferes with cancer through various mechanisms, including stopping the production of factors that stimulate tumor growth and inhibiting movement of cancer cells.

How it works: Green tea can...

• Lower blood levels of "bad" LDL cholesterol and reduce the oxidation of LDL, which generates the small, dense particles that can clog arteries and cause a heart attack or stroke.

• Reduce the activity of platelets, blood components that clump and form artery-plugging clots.

• Prevent ventricular arrhythmia, a rhythm problem in the heart's main pumping chamber that can trigger or worsen a heart attack.

• Improve the flexibility of the endothelium (the lining of the arteries), boosting blood flow to the heart and brain.

Research links the chronic bacterial infection of gum (periodontal) disease to many health problems, including heart disease and diabetes. Japanese researchers studied nearly 1,000 men ages 49 to 59 and found that those who regularly drank green tea had fewer cases of, or less severe, periodontal disease. For every additional daily cup of tea the men drank, there was a significant decrease in the depth of periodontal pockets (the grooves around the teeth that deepen as gum disease advances), a decrease in the loss of attachment of the gum to the tooth and a decrease in bleeding.

How it works: The polyphenols in green tea may decrease the inflammatory response to oral bacteria.

To guarantee a sufficient intake of EGCG, I recommend one or more of the following strategies. You can safely do all three.

• Drink green tea. Five to 10 eight-ounce cups a day of regular or decaf.

Best: For maximum intake of EGCG, use whole-leaf loose tea rather than a teabag, using one teaspoon per cup. Steep the tea for at least five minutes.

Minimum: 400 milligrams (mg) a day of a supplement standardized to 90% EGCG.

• Add a drop of green tea liquid extract to green tea or another beverage. Look for a product that is standardized to a high level (at least 50%) of EGCG, and follow the dosage recommendation on the label.

Talk to your doctor if you use...

• An antiplatelet drug (blood thinner), such as warfarin (Coumadin), because green tea also thins the blood.

• A bronchodilator for asthma or chronic obstructive pulmonary disease, because green tea can increase its potency.

• An antacid, because green tea can decrease the effect. 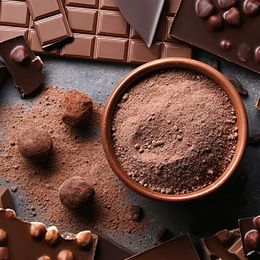 How to Juice for Healing Power 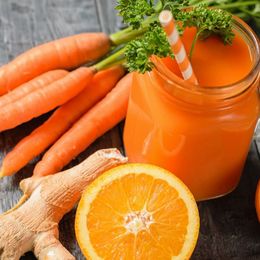