Higher blood levels of HDL cholesterol, the "good" kind that protects against heart disease, are also strongly associated with a lower risk of cancer, a new review of studies suggests.

"For about a 10-point increase of HDL, there is a reduced risk of cancer by about one third over an average follow-up of 4.5 years," said Richard Karas, MD, PhD, executive director of the Tufts Medical Center Molecular Cardiology Research Institute and lead author of a report in an issue of the Journal of the American College of Cardiology.

Those numbers come from an analysis of 24 randomized controlled trials that examined the effect that lowering levels of "bad" LDL cholesterol with cholesterol-lowering statin drugs had on heart disease. The review singled out trials that also recorded the incidence of cancer among the participants.

The researchers report a 36% lower cancer rate for every 10 milligrams per deciliter (mg/dl) higher level of HDL.

Study Does Not Prove Cause And Effect

But while the relationship between higher HDL and lower cancer risk was independent of other cancer risk factors, such as smoking, obesity and age, Dr. Karas was careful to say the study does not prove cause and effect.

"We can say that higher levels of HDL are associated with a lower risk of cancer, but we can't say that one causes the other," he said.

Exactly so, said Jennifer Robinson, MD, professor of epidemiology and medicine at the University of Iowa College of Public Health, who wrote an accompanying editorial High HDL levels may simply be a marker of the kind of good traits that reduce both cardiovascular and cancer risk, she said.

"People have a lot of characteristics that are all kind of interrelated," she said. "They may not exercise, be obese and so on, and so have lower HDL than normal. The higher risk of cancer may have nothing to do with what HDL does."

That's a real possibility, Dr. Karas said, but he also mentioned some possible physical mechanisms that might give HDL cholesterol anticancer activity.

"HDL alters the function of the immune system, which looks for abnormal cells that may be cancerous or precancerous and attacks them," he said. "It also has antioxidant properties, and there is a lot of interest in the role of antioxidants in reducing cancer risk."

Dr. Karas's laboratory is "starting to think" about experiments to test these various theories, he said.

The only convincing proof would be a controlled trial testing whether medication that raises HDL levels reduces cancer incidence, Dr. Robinson said.

No such medication is now on the market (other than niacin, which has a minor effect in raising HDL levels), although several are being tested for their effect on heart disease, stroke and other cardiovascular problems.

"We actually don't know that something is causing (or preventing a disease unless we do controlled trials," she said.

The researchers who conduct those studies should monitor cancer incidence as well as cardiovascular disease among the participants, Dr. Karas said.

The new study's finding that an appreciable effect on cancer was evident in just a few years "shows the importance in current studies to track cancer," he said. "Many don't."

Until the anticancer hypothesis is proved or disproved, Dr. Karas and Dr. Robinson said, the best thing to do is adopt the healthy lifestyle that can keep HDL cholesterol levels high-exercising regularly, eating a healthy diet, not smoking and consuming alcohol in moderation. 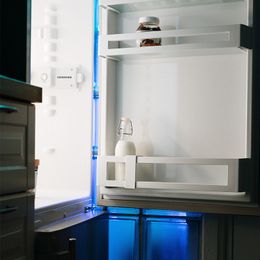 No Fasting Needed for This Diabetes Test

A Medicinal Mushroom For Cancer? 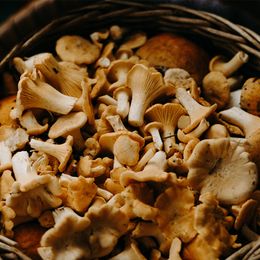