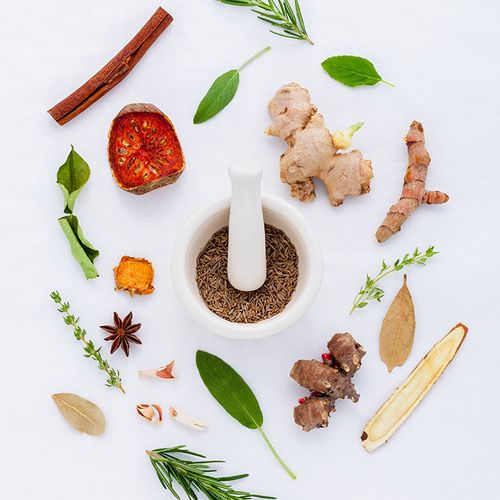 You may know that the tiny, fiber-rich seeds of the flax plant can be used as a laxative and that ginger helps ease nausea. But can you name any of the other health benefits provided by these plant-derived remedies?

Few people can. Yet, credible scientific evidence shows that many herbs that are well-known for treating a particular ailment have other important (but little-known) uses. For example…

Artichoke leaf extract is used by some people with mildly elevated cholesterol levels as an alternative to prescription statin drugs. Exactly how the herb works is unknown, but animal studies suggest that it inhibits HMG CoA-reductase, an enzyme that plays a key role in the liver's production of cholesterol.

In a placebo-controlled, randomized study conducted at the University of Reading in Eng. land, adults who took 1,280 milligrams (mg) of artichoke leaf extract daily for three months reduced their cholesterol levels by 4.2%, on average, while levels increased by 1.9%, on average, in those taking a placebo.

What else artichoke leaf can do: Calm indigestion. In a placebo-controlled, randomized study, patients rated their chronic indigestion as significantly improved after taking artichoke leaf extract twice daily for six weeks. Tests on rats suggest that the herb stimulates the gallbladder's production of bile, which helps facilitate the digestion of dietary fat.

*If you use prescription drugs and/or have a chronic medical condition, such as diabetes, cancer or heart disease, speak to your doctor before trying herbal remedies. In some cases, herbs may interfere with medication or cause an undesired effect on a chronic medical problem. Women who are pregnant or breast-feeding also should consult a doctor before taking herbs.

Typical dose: About 320 mg daily of artichoke leaf soothes digestive complaints. This dosage can be taken until the indigestion is no longer a problem.

Caution: Avoid artichoke if you are allergic to plants in the daisy family or if you have gallstones (artichoke appears to make the gallbladder contract).

Often used as a gentle laxative, the seed of the flax plant (flaxseed) contains fiber and phytonutrients known as lignans-a combination that helps draw water into the gut to speed digestion. For laxative effects, eat one tablespoon of whole or ground seeds (sprinkled on cereal, for example) daily. Be sure to drink at least eight ounces of water when eating flaxseeds to prevent them from forming a temporary blockage in the intestines.

Typical initial dose: One to two tablespoons of ground flaxseed daily, which can be increased gradually to as many as five tablespoons daily.

Grinding flaxseed (in a coffee grinder, for example) rather than eating it whole releases more of its cancer-fighting compounds. Also, ground flaxseed is better than flaxseed oil, which lacks the plant's beneficial lignans unless they are replaced during the manufacturing process.

Helpful: Be sure to refrigerate flaxseed to prolong freshness and preserve potency.

Caution: Do not consume flaxseed within two hours of taking an oral medication-flaxseed may interfere with absorption of the drug.

With its powerful blood-thinning effects, garlic is widely used to help prevent artery-blocking blood clots that can lead to a heart attack or stroke. The typical recommendation for this purpose is one clove of fresh garlic or one-half to three-quarters of a teaspoon of garlic powder per day.

What else garlic can do: Help prevent stomach and colorectal cancers. The National Cancer Institute funded an analysis of 23 clinical studies that linked garlic consumption (raw, cooked or from garlic supplements) to a 10% to 50% decrease in risk for these types of cancers. This cancer-fighting effect is believed to result from the antioxidant activity of garlic's sulfur-containing molecules. Garlic also is a popular remedy to stave off the common cold, but research on its virus-fighting properties has shown mixed results.

Ginger is widely used to treat nausea, including that due to motion sickness (one-quarter to one-half teaspoon of ginger powder)...and chemotherapy (one to two teaspoons daily of ginger powder). Ginger is believed to quell queasiness by stopping intense stomach motions that can interfere with digestion.

What else ginger can do: Relieve arthritis pain. With its aspirin-like effects, ginger inhibits both COX-1 and COX-2 enzymes, two substances that are involved in the production of inflammatory hormones known as prostaglandins.

In India, turmeric is a popular remedy for indigestion. It contains curcumin, an oily, yellow pigment that appears to prevent gut muscles from contracting and cramping.

What else turmeric can do: Relieve arthritis, morning stiffness and minor sprains. Turmeric reduces levels of an inflammatory, hormone-like substance known as PGE2. In lab studies, researchers also are finding that turmeric helps prevent colorectal and skin cancers, but its cancer-fighting mechanism has not yet been identified.

In addition, turmeric is being studied for its possible role in decreasing risk for Alzheimer's disease. Test tube and animal studies suggest that turmeric interferes with the formation of amyloid plaque, a hallmark of this neurodegenerative disease.

Recommended: Consume turmeric powder regularly by adding it to food, such as dishes with Indian flavors.

Caution: Because turmeric can cause gallbladder contractions, people with gallbladder problems should avoid the herb. 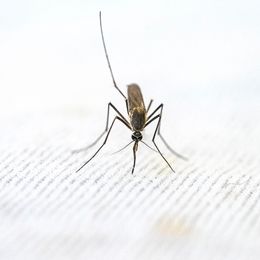 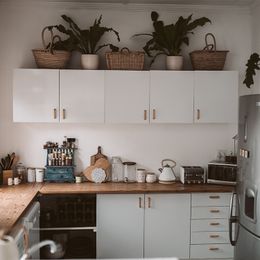