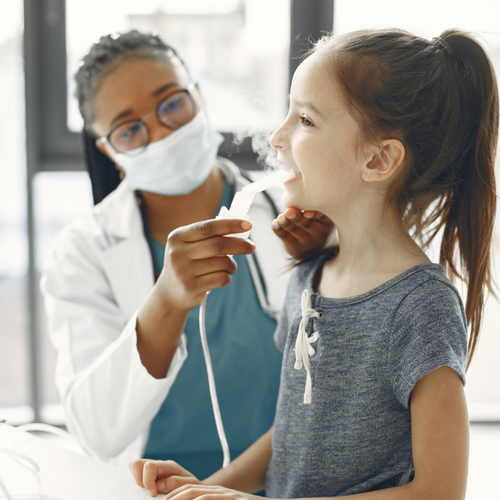 An experimental drug known as mepolizumab may reduce outbreaks by almost 50% in people with a type of hard-to-treat asthma, an early study finds.

About a third of people with severe asthma have what is called eosinophilic asthma, in which inflammatory cells called eosinophils cause swelling of lung airways. Standard asthma treatment with inhaled steroids isn't effective, so these patients take oral steroids, which have many side effects, the researchers explained.

Mepolizumab blocks the production of eosinophils and reduces the frequency of severe asthma outbreaks, which may reduce the need for steroids, the researchers said.

The new drug is a monoclonal antibody, a class of drugs involving naturally occurring human antibodies that are genetically altered in a laboratory, cloned in large numbers and introduced into the patient to target disease sites.

"This is a promising new drug treatment," said lead researcher lan Pavord, MB, a consultant physician at the University Hospitals of Leicester NHS Trust, in England. "I think it's going to become a viable treatment and it offers hope to a group of people that are having really big problems with their asthma."

The purpose of this trial was to find out the best dose of the drug and to identify the type of patients most likely to benefit from it, Dr. Pavord said.

"It's been a successful study, because we have established the drug is effective even in low doses and patients can be identified through a blood test," he added.

Some patients taking mepolizumab may be able to reduce the amount of steroids they take, according to Dr. Pavord.

"If that were the case it would be very attractive to the patient," he said.

GlaxoSmithKline, the maker of mepolizumab, funded the trial. The findings were published in the online edition of the journal The Lancet.

For the study, Dr. Pavord's team randomly assigned more than 600 patients with severe asthma to receive one of three doses of mepolizumab or a placebo. The drug is given intravenously once a month. Participants included asthma patients from 81 medical centers in 13 countries, and their ages ranged from 12 to 74 years old.

Although mepolizumab effectively reduced outbreaks, it didn't produce consistent improvements in symptoms or lung function, the study found. "It's not a cure," Dr. Pavord said. "It's likely to be a long-term treatment."

Headaches and swelling of the nasal passages were seen among patients taking the drug and those on placebo, the researchers noted. Side effects from oral steroids include mood changes, increased appetite, weight gain and acne.

The potential cost of the drug, if approved, isn't known. Approval of mepolizumab for asthma isn't expected for at least three to four years, Dr. Pavord said.

"If this pans out, patients with severe asthma would have a different treatment option and be able to control their asthma without the side effects of steroids," he said. "They may actually be able to get off steroids completely or reduce the amount of steroids they take substantially."

When 23 adults with sleep apnea were given 60 mg of pseudoephedrine and 10 mg of domperidone before bed, all but one reported fewer symptoms, such as loud snoring and daytime fatigue.

Theory: Pseudoephedrine is used to treat nasal congestion, and domperidone is used for acid reflux, so the combination of these drugs may help reduce airway blockages and swollen tissue in the throat that may contribute to sleep apnea.

If you have sleep apnea: Ask your doctor if this drug combination would be effective for you. 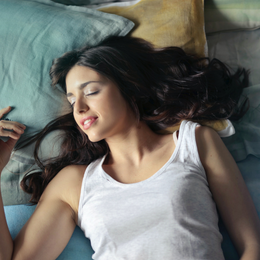 Chronic Heartburn Could Spur Asthma in Some Patients 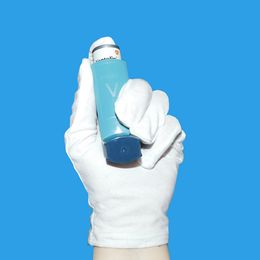