Even Mild Dehydration Hurts Your Brain

It's easy to know when you're really dehydrated—your mouth is parched, you're likely overheated and all you can think about is chugging a giant glass of ice-cold water.

But knowing when you're mildly dehydrated is much harder, because the signs aren't always as apparent.

And, it's far more common for people to be mildly dehydrated than to be in dire straits.

The problem is, even running just a little bit low on fluids can mess with our brains, according to two recent studies-one on men and one on women.

Both studies included healthy college-aged men and women who took part in cognitive evaluations over the course of a few weeks in order to compare scores from their well-hydrated and dehydrated states.

Drink Up These Tips

Why would mild dehydration produce such pronounced effects? Lawrence Armstrong, PhD, a professor of kinesiology at the University of Connecticut in Storrs, who led both studies, offered an intriguing theory. It's possible that the billions of neurons in our brains detect mild dehydration early and negatively impact those bodily functions listed above as a warning to us: We need to get water before more dire consequences occur!

It's really important to pay attention not just to thirst, but also to some of those other more subtle signs mentioned above, said Dr. Armstrong, such as fatigue, headache, and difficulty concentrating, remembering or learning. "If you feel any of those things, think about how much you've had to drink over the last 24 to 48 hours," he said.

As a rule of thumb, Dr. Armstrong advises drinking eight cups of water each day to stay properly hydrated. If you exercise for under an hour, drink an extra 15 to 2.5 cups of water, advises the Mayo Clinic-and if you exercise for over an hour or if you sweat intensely, drink even more water than that. For every glass of alcohol that you drink, have an extra cup of water. Of course, keep an eye on your urine color-dark yellow or tan means that you need more to drink. Pale yellow is ideal.

Remember, it certainly doesn't require running a marathon to run low on fluids. Mild dehydration can occur even when we're doing mundane tasks such as eating or watching TV—because we constantly lose water through our skin and during the simple act of breathing, Dr. Armstrong said. What about soft drinks, juice drinks and the many other beverages available? Water is the simplest and most natural fluid-s0 always keep some nearby, and sip away! 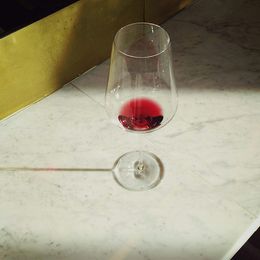 Increase Your Brain Power in Less Than Two Minutes 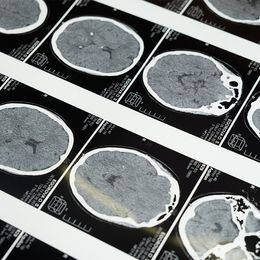