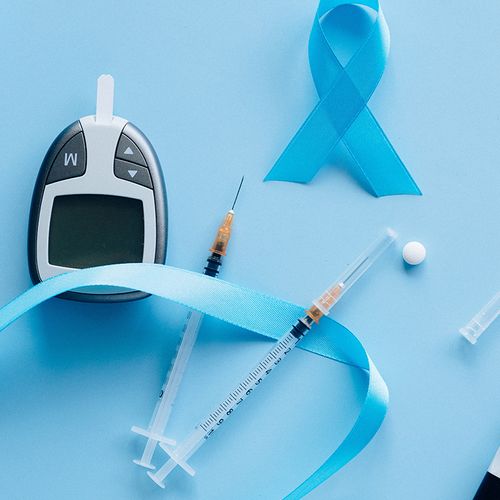 Researchers report that taking the diabetes drug Actos helped people who had pre-diabetes avoid or at least delay getting type 2 diabetes.

"Pioglitazone (Actos) was extremely effective in preventing type 2 diabetes," said study author Ralph DeFronzo, MD, deputy director of the Texas Diabetes Institute and chief of the diabetes division at the University of Texas Health Science Center in San Antonio. The actual reduction in risk was 72%.

"The reason that people go from prediabetes to diabetes is that the insulin-producing beta cells fail. By the time someone is diagnosed with prediabetes, they may have lost 70% to 80% of beta cell function. Pioglitazone improves how the body responds to insulin and protects the beta cells from failing," he explained.

The study, which was funded by the drug's manufacturer, Takeda Pharmaceuticals, was published in The New England Journal of Medicine.

The US Centers for Disease Control and Prevention estimates that as many as 79 million Americans may have prediabetes, with about half of those cases in people older than 65. Changes in lifestyle-losing 5% of body weight and exercising at least 30 minutes a day most days of the week-often helps prevent prediabetes from turning into type 2 diabetes. However, most people aren't able to maintain those lifestyle changes over the long term, Dr. DeFronzo noted.

After diet and exercise, the next recommended therapy is a drug called metformin. "Metformin can reduce the risk of diabetes by about 30%," said Vivian Fonseca, MD, president-elect of medicine and science for the American Diabetes Association.

The current study was designed to assess whether or not Actos was more effective than a placebo in reducing the risk of developing type 2 diabetes.

The study included 602 people over the age of 18 who had been diagnosed with prediabetes. All of the study participants had a body-mass index over 25, which meant that they were either overweight or obese.

Study participants were randomly assigned to receive either 45 milligrams of pioglitazone daily or a placebo. Each participant had fasting blood sugar tests done quarterly, and glucose tolerance testing done annually to check for diabetes. The average follow-up time was 2.4 years.

The news wasn't all good, however. The people in the pioglitazone group experienced more adverse events (151 versus 121) and gained an average of about nine pounds, and experienced more fluid retention (edema), than people taking the placebo. (The US Food and Drug Administration has warned that, as with other thiazolidinediones, pioglitazone can cause fluid retention, potentially leading to or exacerbating heart failure.)

However, Dr. DeFronzo said that the weight gain was somewhat paradoxical because the drug causes fat deposits in superficial tissues, and moves fat out of the liver, heart and abdomen, where it's more detrimental to your health.

If You Are At High Risk, Take Action

Dr. Fonseca said the results from this study look excellent, but added, "One has to consider the lack of knowledge of long-term safety in a population that's already at risk of disease."

"People with prediabetes should seriously think about healthy lifestyle changes first, and if you can't achieve a healthy lifestyle, you should talk to your doctor about medical treatments," said Dr. Fonseca. He said the American Diabetes Association recommends metformin as the first-line treatment if lifestyle changes don't work. Metformin is much cheaper than Actos because it's available as a generic. In addition, he said, it's been available for decades so its side-effect profile is well known

Although Dr. Fonseca was not involved in this study, he disclosed that he is a paid consultant to Takeda Pharmaceuticals as a member of its new drug data safety monitoring board.

Dr. DeFronzo, however, recommended initiating drug treatment and lifestyle changes at the same time in people who are at a high risk of developing type 2 diabetes. People at high risk of type 2 diabetes include people with a family history of diabetes, women who've had gestational diabetes, Hispanics, blacks or Native Americans, people with metabolic syndrome, people who are overweight or obese, and those who have higher levels of glucose intolerance, he said.

"If someone is at high risk, then I would, in addition to trying to get them to lose weight and exercise, recommend medication, and personally, I favor pioglitazone. If you can really lose 30 pounds-or whatever it is you need to lose-then you might be able to discontinue the medication," said Dr. DeFronzo. "It's important to intervene early, rather than later, to save beta cell function."

Diabetes Drugs May Up Fracture Risk for Some

The FDA has announced that the controversial drug rosiglitazone (Avandia) will no longer be sold at retail pharmacies, due to the cardiovascular risks it poses to patients, citing research showing that the drug is linked to an increased risk for heart attack and stroke in some people.

If you take rosiglitazone: Ask your doctor about switching to pioglitazone (Actos), a similar but safer medication. Both drugs lower blood sugar levels, but pioglitazone also helps improve cholesterol/triglyceride profiles.

If you have heart failure: Don't take either drug—both may worsen this condition. 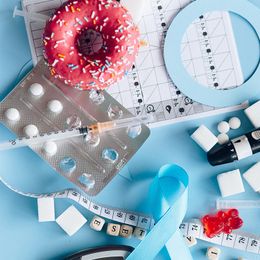 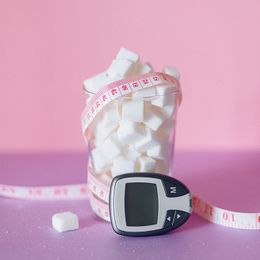