Do Men Think About Sex All the Time? Maybe Not

A recent study is challenging the widely held notion that men's minds are preoccupied with one topic-sex.

The research in college-age participants suggests that while men do think about sex more often than women, the subject crosses their mind an average of only about 19 times per day, compared with 10 times per day for women.

The results seem to disprove the popular notion that men think about sex every seven seconds, which would total more than 8,000 thoughts about sex in 16 waking hours, the Ohio State University researchers said.

"It's amazing the way people will spout off these fake statistics that men think about sex nearly constantly and so much more often than women do," said lead author Terri Fisher, PhD, a professor of psychology, "When a man hears a statement like that, he might think there's something wrong with him because he's not spending that much time thinking about sexuality, and when women hear about this, if they spend significant time thinking about sex they might think there's something wrong with them."

The study, published in the Journal of Sex Research, also found that men spend more time than women thinking about other biological needs, such as food and sleep.

The study included 163 female and 120 male college students, ages 18 to 25, who recorded their thoughts about sex, sleeping and eating every day for a week.

"For women, that's a broader range than many people would have expected. And there were no women who reported zero thoughts per day. So women are also thinking about sexuality," Dr. Fisher said.

The researchers also found that a person's comfort with sexuality was the best predictor of which people would have sex on the brain most often.

"If you had to know one thing about a person to best predict how often they would be thinking about sex, you'd be better off knowing their emotional orientation toward sexuality, as opposed to knowing whether they were male or female," Dr. Fisher said.

"Frequency of thinking about sex is related to variables beyond one's biological sex," she added.

Thoughts About Food And Sleep

"That's very significant. This suggests males might be having more of these thoughts than women are or they have an easier time identifying the thoughts. It's difficult to know, but what is clear is it's not uniquely sex that they're spending more time thinking about, but other issues related to their biological needs, as well."

Possible reason: Love is a broad, long-term emotion that may help people make big-picture associations and connect differing ideas. Sex is more intensely connected to a focus on details. 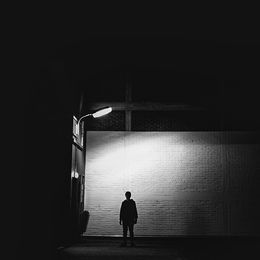 Can a Stranger Make You Feel Left Out? 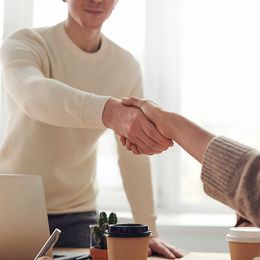