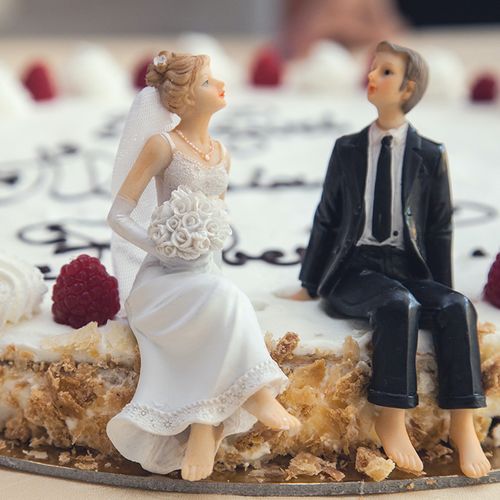 Depressed? Manage Your Mood with Marriage

With apologies to about 10,000 stand-up comedians, marriage may be the cure for depression, rather than the cause of it. In fact, researchers say, people who experience depression before they get married are the most likely to get emotional health benefits from marriage.

Using a depression scale whose scores ranged from zero to 84, the researchers found that the scores of depressed people went down by almost eight points after marriage, while those who weren't depressed had just under a two-point drop after marriage.

Even the study authors were surprised by their findings. "We thought people who were depressed would be less likely to benefit from marriage than others," said study coauthor Kristi Williams, an assistant professor of sociology at Ohio State University in Columbus. "We thought depression would put a strain on the marriage."

This research comes on the heels of another study that found that people who never marry had a greater chance of dying early than people who were married. In fact, people who'd never married had an even higher risk of early death than people who were divorced, separated or widowed, suggesting that marriage confers some sort of health benefit, even if it doesn't work out.

Using data from the National Survey of Families and Households, the Ohio State researchers gathered information on more than 3,000 people who were single at the start of the study in 1987–88. The survey participants were interviewed again sometime between 1992 and 1994.

To assess whether or not people were depressed, they were asked 12 questions, such as how many days in the past week they "felt like they could not shake off the blues," "felt lonely," or "slept restlessly."

About 29% were depressed at the start of the study, according to Williams.

During the second part of the study, they gathered information on who had gotten married and reassessed depression.

The researchers found that those who were depressed seemed to gain the most mental health benefits from getting married, with depressed people enjoying nearly a six-point higher reduction in their depression scores after marriage than nondepressed people.

"We actually found the opposite of what we expected. We thought depressed people would be less likely to benefit from marriage because the depression of one spouse can put a strain on the marriage and undermine marital quality," said study coauthor, Adrianne Frech, a doctoral student at Ohio State.

That doesn't mean people who aren't depressed won't have happy marriages, Williams quickly added: "If you start out happy, you don't have as far to go."

The findings don't mean that depressed people should substitute marriage for depression treatment either, she said.

“This was just an average association," said Williams. "We're not saying that depressed individuals should run out and get married."

"Clearly, one should not look upon these results as recommending that depressed people should get married," said Dr. Charles Goodstein, a clinical professor of psychiatry at the New York University School of Medicine in New York City. "The likelihood is strong that such a marriage might fall apart."

But, he added, these study results suggest that depressed people stand to gain more from marriage. "At the very least, the depressed person gets the sense that there's someone who cares about them."

However, Goodstein also pointed out that this particular survey may not accurately assess depression.

"Depression is a much more complicated matter than can be diagnosed on a survey. There is such a wide range of what we call depression, and many people can pass through society without being seen as depressed," he said.

Williams agreed that the survey used in this study can't be used to diagnose individual depression, but said it was designed to give an estimate of depression in a community population.

The Doctor Will See You...If You Have the Right Insurance 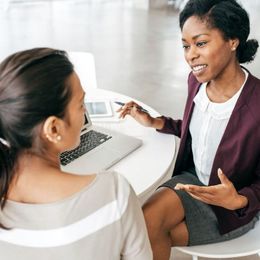