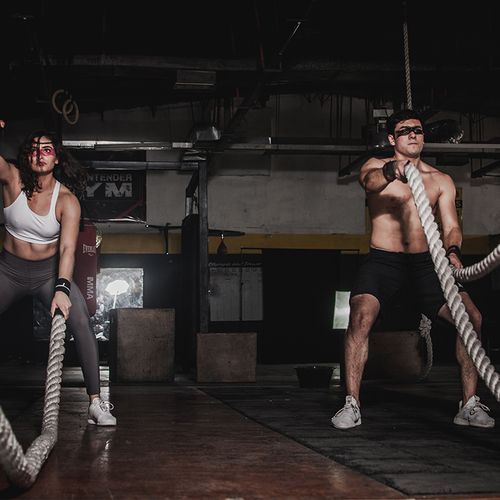 Cool Way to Boost Your Workout

Looking for an exercise edge, a way to stay faithful to regular workouts? Try chilling out—literally.

"If you think about adipose (fat) tissue, it's a great insulator," Dr. Sims said. For people who are obese, that means they often get too hot while exercising.

"It would be like a bike racer wearing a wet suit for the entire Tour de France," she said. "We're trying to address those barriers."

Sims wanted to see if cooling off the hands of the women she studied might help them overcome fatigue and overheating while exercising.

The device she used is already in use by some professional athletes, according to Dr. Sims. She decided to test it on obese women, who she finds often abandon working out due to overheating and fatigue.

The research was not funded by the company that makes the device.

In the study, Dr. Sims evaluated 24 healthy women, ages 30 to 45. None had exercised long-term in the past. They were obese, with a bodymass index (BMD) of between 30 and nearly 35. BMI is a measure of body weight in proportion to height, and obesity begins at a BMI of 30.

Both groups participated in three exercise sessions a week for 12 weeks. Each session included 10 minutes of body weight exercises, 25 minutes to 45 minutes of treadmill walking with the cooling device and 10 minutes of core-strengthening exercise. They worked up to the time they could handle on the treadmill.

On the first day and last day of the study, the women did a 15-mile walk that was timed.

In contrast, the comparison group didn't show any substantial differences in any of the measures, Dr. Sims found.

The cooling group also stuck with it more, Dr. Sims said. "The controls dropped out early, and skipped a lot of sessions," Dr. Sims noted.

The cooling group seemed to get into the regimen, she said. "At the end, some women were running on the treadmill)," she said.

"If you reduce the heat stress, you reduce fatigue, sweating and discomfort," she explained. "You reduce a lot of the physiological barriers that (make) people say, 'I don't want to continue."

The finding that the comparison group had no substantial effects is a bit strange," said Duck-chul Lee, PhD, a physical activity epidemiologist at the Arnold School of Public Health at the University of South Carolina, in Columbia, He said he would have expected some effects after 12 weeks.

He added that the results may not apply to people exercising in a cold condition, for example, outside in winter."

Dr. Sims wants to do a study of the device with more people.

Meanwhile, she says, it won't hurt to try recreating the effect at home: "Take a water bottle, freeze it and take that with you in your bare palm (as you work out). As it melts you drink the cool water. It's worth a try."

Work Out Before Breakfast and Burn More Fat

Is there an easy way to measure moderate intensity on a 30-minute walk?

Yes, there are a few ways to tell how fast you are walking. Recent research conducted at the University of California, San Diego, defines "moderate intensity as 100 steps per minute. An easy way to count this is to listen to (or hum) the song "Stayin' Alive" by the Bee Gees as you walk-the song's tempo is 100 beats per minute.

Of course, you can also simply apply the "talk test." With this approach, you should be able to hold a conversation without having to stop for a breath between sentences. In general, you want to walk at the speed you would if you were late for a meeting or walking to catch a bus. At least 150 minutes of moderate-intensity aerobic exercise per week is recommended to keep your heart healthy.

Did you know corn sugar is the same as high fructose corn syrup (HFCS)? The Corn Refiners Association has asked the FDA to approve corn sugar for use on food labels instead of HFCS. Used in soft drinks, bread and other commercially prepared products, HFCS is perceived as being likely to cause obesity.

Reality: People should consume less sugar of all types.

People with the highest blood levels of alpha carotene were 39% less likely to die from all causes over 14 years.

The antioxidant levels of freeze-dried fruit actually are higher than those of fresh fruit because the water in fresh fruit is removed by freeze-drying,

But: Some fragile nutrients are damaged by freeze-drying.

Chia Seeds Are Good for You

They provide healthful omega-3 fats, fiber, protein, calcium, iron, zinc and other minerals. They may slow the absorption of sugar and help reduce cholesterol. Add the seeds to cereal, oatmeal or yogurt. You can buy them at health-food stores and online. 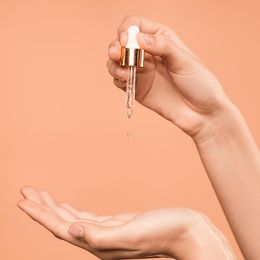 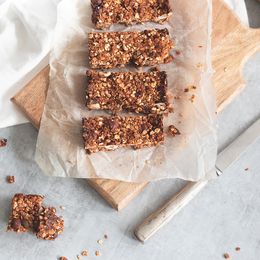