Try it, you'll like it–probably more than you think. With or without a condom, Americans find sex very satisfying, according to a recent study that took a peek into the bedrooms of men and women, straight and gay.

"There's this commonly held belief that condom use makes sex feel less natural or pleasurable," said study lead author Debby Herbenick, PhD, MPH, associate research scientist and codirector for the Center for Sexual Health Promotion at Indiana University in Bloomington. "But when people use them, sex happens to be great."

The study, published in the Journal of Sexual Medicine, found that in a nationally representative sample of men and women aged 18 to 59, ratings of sex were high, with few differences based on condom or lubricant use. No significant differences were found in men's ability to have erections with or without condoms or lubricants.

Why Do Condoms Get A Bad Rap?

Jill Rabin, MD, chief of ambulatory care, obstetrics and gynecology, at the Long Island Jewish Medical Center in New Hyde Park, New York, who was not involved with the study, said she thinks it's a myth that men hate to use condoms. "Lots and lots of men like them. The women who don't like them feel they might decrease sensation and sensitivity," she said.

Lubricants also are underestimated for their ability to improve sex, said Dr. Herbenick. And women of any age may misinterpret the need to use a lubricant as an indication of non-arousal. "I knew a 26-year-old woman who said she dreaded using lubricant," said Dr. Herbenick. "She said there needs to be a Web site that says, "Younger women need lubricant, too.

Women who experience vaginal dryness af ter menopause can also feel frustrated, seeing the need for a lubricant as a sad sign of aging

"But one-third of American women experience the need for lubricants," said Dr. Herbenick. "Now, in the last five to seven years on TV, lubes are talked about as related to pleasure and excitement."

The study tapped data from the National Survey of Sexual Health and Behavior, which includes the sexual experiences and condom-use behaviors of 5,865 Americans.

While other studies have looked at attitudes toward condoms, this is the first to focus on Americans, said Dr. Herbenick.

In addition to the findings about sexual pleasure from condoms and lubricants, the study found that women were less able to identify what material the condom was made of than menabout 24% of women were unsure versus 9% of men. This was probably because men typically purchase condoms, said the study authors.

Not knowing the type of condom used has health implications for both partners. Water-based lubricants are safer to use with condoms, while oil and petroleum-based products can cause latex to deteriorate, explained Dr. Rabin.

Knowing what people do and do not know about condoms and lubricants shows health educators what they need to teach, said Dr. Herbenick.

"We continue to have high rates of sexually transmitted infections, unintended pregnancies and HIV, and people's attitudes are part of the problem," she said.

The key to helping people understand the benefits of condoms and lubricants is education, Dr. Herbenick said. 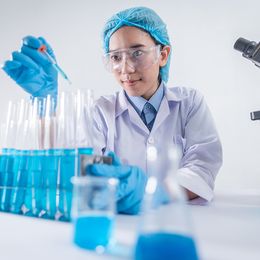 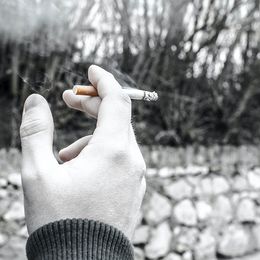