A computer-analyzed magnetic resonance imaging (MRI) technique can help doctors accurately measure the amount of heart muscle damaged by a heart attack-at least in animals according to a study.

Dr. João Lima, senior study author and an associate professor of medicine and radiology at Johns Hopkins University, measured the size of heart attacks in 13 dogs, using eight different methods to analyze the pictures taken by a standard MRI.

Results of each of the eight methods were compared with precise measurements taken during autopsies of the dogs. One MRI computer method, called full-width at half-maximum, was 94% accurate. By comparison, visual cues from a standard MRI are only 69% accurate.

In addition to allowing a doctor to determine the extent of heart tissue damage, this method could also help provide more accurate dosing regimens for stem cell therapies that are currently under investigation.

"We are now developing stem cell (therapies) to cure the heart after heart attack, to regenerate heart tissue. For these methods to be evaluated correctly, one needs to know how much heart tissue was lost," says Lima.

"What their data provides is further support for the use of MRI as an accurate, noninvasive technique for measuring infarct [heart attack] size," says Dr. Victor Ferrari, associate professor of medicine at the University of Pennsylvania School of Medicine.

Currently, other methods are used to measure heart attack damage, Ferrari says, but each has its limits. An echocardiogram (ultrasound imaging of the heart), for example, cannot differentiate between permanently and temporarily damaged heart tissue, he explains.

While the use of MRIs to evaluate heart attacks is growing, it's not yet widespread, Ferrari says.

"I think it's a good method and will add to clinical practice eventually," says Dr. Zi-Jian Xu, a cardiologist at Santa Monica-UCLA Medical Center in California. "I don't think it's going to be immediately used very widely, because although the information is very useful, there are other ways clinically to assess the infarct size."

Xu calls this type of MRI an emerging technique in the assessment of cardiac damage, "but how crucial this information will be in a clinical setting still needs to be tested." 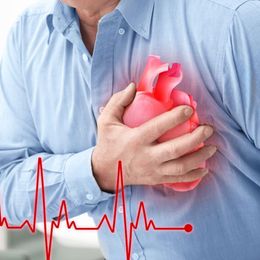 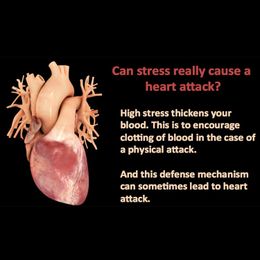