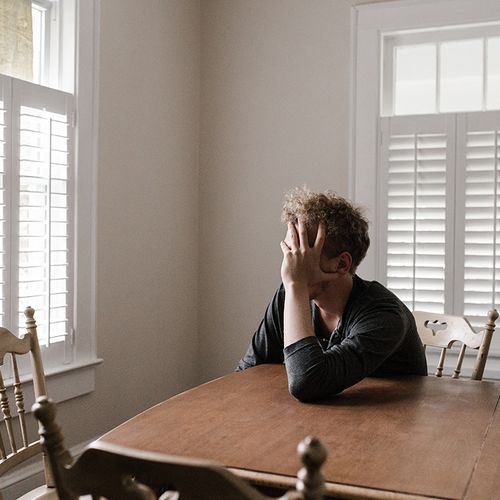 Depression is most often caused by a combination of psychological stress and an imbalance in the brain chemicals that regulate mood and thought. However, in some cases, it can have a medical cause, such as an underactive thyroid (hypothyroidism).

However: Many prescription and over-the-counter (OTC) drugs also can trigger depression, worsen the condition or interfere with its treatment.

Virtually all drugs can cause side effects, such as headache, upset stomach, sleepiness, nervousness, rash or muscle pain. Many types of medication can also alter mood by directly interfering with the brain chemicals (neurotransmitters) that regulate brain activity.

Individual responses to drugs vary widely, so timing is often a tip-off-depression may begin shortly after you start taking a new drug or increase the dose. Sometimes, it takes longer for your body to respond fully to a drug; the side effect doesn't appear for weeks or more. Drugs that can cause depression…

Almost everyone takes antibiotics from time to time, and side effects, such as upset stomach, come as no surprise. You don't expect a bacteria-killing drug to affect your mood, but insomnia, anxiety—and depression are possible, especially with certain antibiotics.

This is because these medications disrupt the functioning of neurotransmitters, such as serotonin, acetylcholine and dopamine.

Solution: If you feel depressed, ask your doctor about switching to an antibiotic from the tetracycline family, such as doxycycline (Vibramycin) or tetracycline (Achromycin V). The antibiotic clindamycin (Cleocin) is an alternative to treat bacterial vaginosis.

Reducing the dose of metronidazole, the preferred treatment not only for bacterial vaginosis but also for amoebic dysentery, may help.

In some cases, blood pressure medications can lower mood due to their role in depressing the central nervous system (CNS) or by disrupting the balance of neurotransmitters. Common culprits are the antihypertensives clonidine (Catapres) and methyldopa (Aldomet) as well as beta-blockers, such as propranolol (Inderal) and atenolol (Tenormin).

Diuretics, such as hydrochlorothiazide (HydroDIURIL), may undermine mood indirectly. Like the other blood pressure drugs listed above, diuretics may interfere with sexual activity, which can lead to depression. Because they stimulate urination, diuretics taken late in the day may disrupt sleep, leading to fatigue and low energy.

Solution: If you are feeling depressed, ask your doctor about switching to an ACE inhibitor, such as enalapril (Vasotec) or ramipril (Altace), for blood pressure control. These do not affect the CNS, so they are much less likely to affect mood or sexual function.

Digoxin (Lanoxin), which helps the heart pump more efficiently, is widely used to treat heart failure, and since it affects the CNS, it can cause or worsen depression.

Solution: Talk to your doctor about using the lowest possible dose of digoxin (typically 0.125 milligrams) or alternatives, including vasodilators such as nitroglycerin (Nitrocot) or hydralazine (Apresoline). An ACE inhibitor, such as enalapril (Vasotec), or an angiotensin receptor blocker (ARB), such as valsartan (Diovan), also are alternatives.

Corticosteroids, such as prednisolone (Prelone) and dexamethasone (Dexasone), are powerful drugs used to treat a wide variety of conditions, including arthritis, asthma and serious skin problems, such as hives. When taken orally, they can decrease the responsiveness of the CNS, causing profound depression or unnatural euphoria.

Solution: Ask your doctor about reducing the dose, shortening the time that you take the drug or finding an alternative, such as a topical form of the antihistamine diphenhydramine (Benadryl) or the OTC antihistamine loratadine (Claritin).

Important: When they are used topically or inhaled, corticosteroids are not likely to affect your mood.

These can precipitate mood problems by sapping energy and slowing you down. Benzodiazepines, including tranquilizers such as alprazolam (Xanax) and diazepam (Valium), often are taken as a sleep aid, but they can cause a next-day "hangover" in susceptible people, including those who are ill.

Solution: Ask your doctor about taking a sleep aid that leaves the body more quickly, such as zolpidem (Ambien) or zaleplon (Sonata).

Because OTC medications are available without a prescription, most people don't expect problems. That's a mistake. While they are generally safe if used as directed, OTC drugs still can cause side effects, including depression.

Solution: Substitute a non-sedating OTC antihistamine, such as loratadine (Claritin).

Solution: If you feel depressed, replace the H2 blocker with a proton pump inhibitor. It shuts down stomach acid even more completely and does not affect mood. One of these drugs, omeprazole (Prilosec), is now available OTC. 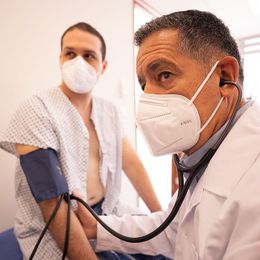