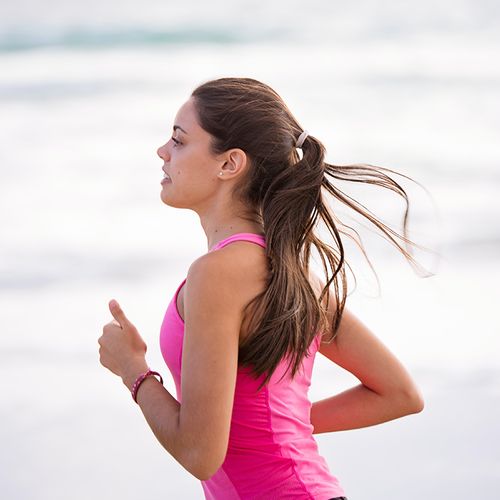 Can't Get Yourself To Exercise?

It's proven to lower your risk for heart disease, diabetes, stroke and certain cancers and may protect against Parkinson's and Alzheimer's disease. It boosts mood and curbs anxiety. It also helps you lose weight. On top of all that, it costs virtually nothing.

Exercise is hands-down one of the best things you can do for your health. So why is it so difficult to stick with it?

Latest development: Even though the many physical and mental benefits of exercise are undeniable, researchers are now making surprising discoveries about common psychological barriers that can sideline even the most health-conscious individuals…

Recent finding: After 10 weeks of training three times a week, participants who lifted light weights for more repetitions gained as much muscle as people who lifted heavy weights but with fewer repetitions.

Surely, you've heard all the popular ways to make exercise more appealing-for example, listening to music while you do it or finding an exercise buddy. For some people, these steps are all that's needed to become consistent exercisers. But for others, more subtle forces may be at work.

For example, people who must negotiate the "will I won't l" dialog before every exercise session are making it too hard on themselves. That's because people who consistently exercise do not have to stop and think about it each time-they simply have made it a habit.

One of the most powerful ways to establish an exercise habit is to always do it at the same time of day—this way, your whole schedule becomes arranged in a way that lets you exercise without "juggling." This could mean getting up a little earlier each day and going for a brisk walk or going directly to the gym after work.

Other ways to make exercise a habit for you…

What to do: Begin by taking one step at a time first change clothes, then walk out the door, then focus on walking, for example, then start jogging.

Avoid 'inertia zones." Once you park yourself in front of the TV or pick up the newspaper, it will be much harder to get moving. So, when you get home after a long day, remember that exercise is far more likely to help you feel better than watching television.

Helpful: Put the TV remote in a drawer and tell yourself you can't get it out until you've exercised.

Look For The Right Reward

You would think that exercise's promised health benefits would be enough to motivate anyone to get moving. Not so.

The reason: It usually takes weeks-sometimes months-before you'll see results on the scale or your waistline.. and perhaps even years before the health benefits pay off in a big way.

These delayed rewards hold little appeal for humans, who are hardwired to respond more readily to immediate gratification, such as sleeping an extra half-hour or stretching out on the couch after work.

What most people fail to realize: Exercise does offer its own immediate reward-it improves mood. Within five minutes of finishing physical activity, most people feel happier and less stressed.

However, until you experience this mood shift for yourself, you may not believe it. So make a conscious effort to tune in to your emotional state-you may be surprised by the dramatic mood boost that exercise can provide.

Two-minute yoga practice is an effective overall stretch. Doing the Downward Dog pose every day uses the strength of your arms and legs to stretch your spine, hips, hamstrings and calves. It also strengthens your quadriceps and ankles...and tones your arms and abdominals.

Need proof? For two weeks, keep a written record of your mood before and after you exercise. This should give you hard evidence to show how much better you can feel after exercising.

Be A Good Coach

It's common for people who want to get more exercise to tell themselves that they "must" do it. Soon, this inner voice sounds more like a drill sergeant than a sympathetic, helpful coach. This doesn't help because shame and guilt don't motivate us much-except, perhaps, to avoid the whole issue.

What works better: Rather than nagging yourself to exercise, try to be rational. How to respond to common exercise-avoiding messages…

In the morning: "It won't matter if I stay in bed now. I'll work out tomorrow"... I'll exercise later in the day"..."I'm still tired—I'll feel better if I sleep in."

What to tell yourself: "I chose to work out in the morning for a reason...it fits my schedule and makes me feel good later"..."Of course I feel tired—I'm still in bed. Once I get moving, I'll be energized."

If you plan to exercise after work: "I just need to relax for a little while, then I'll go to the gym."

What to tell yourself: "Exercise is a real break from what I've been doing a good workout will leave me feeling mentally refreshed"... "If I work out now, I'll sleep better and be ready for tomorrow."

If you're feeling tired or depressed: "I'm just not up to exercising...I need to indulge myself and lie down or just watch TV."

What to tell yourself: This is like saying, "I have a headache, so I can't take an aspirin." Instead, tell yourself, "Since I'm feeling down, exercise is exactly what I need. Remember how much better I feel after a workout?

A lot of people think that a "real" workout must be strenuous. But a good coach will have you walking, running, biking or swimming fast enough to be beneficial-but not so fast that you'll avoid the workout.

Important secret: Just 2.5 hours weekly of moderate aerobic exercise-for example, walking at a pace that raises your heart rate but leaves you able to carry on a conversation (that is, you can talk but not sing)-confers all the major health benefits described earlier.

Also helpful: Structure your workout so that the ending is pleasurable. If you're getting tired, coast for a bit, then finish with a victory sprint. Studies show that we tend to remember the end of an experience more vividly than the beginning or middle. Ending a workout on a positive note allows you to recall those good feelings later on. 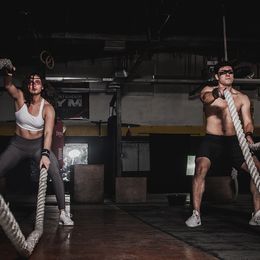 Get More from Your Workouts! 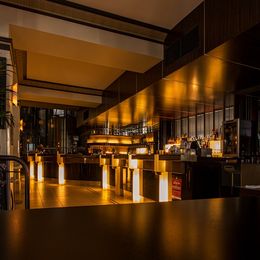