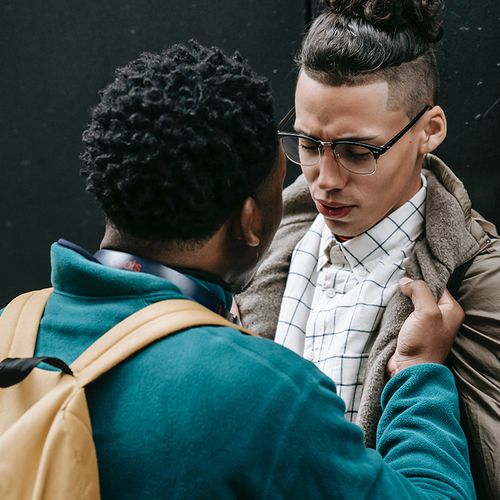 Elementary school children who were victims of peer bullying—along with the bullies themselves—made more frequent visits to a school nurse's office with complaints of physical illnesses and injuries than their other classmates, according to recent research out of Kansas.

"The message is, a child might be getting frequent stomach aches from being picked on," said Eric M. Vernberg, PhD, lead author of the study and director of the Child and Family Services Clinic at the University of Kansas in Lawrence.

The research, published in Pediatrics, revealed a useful strategy for detecting aggressive interactions among children that may otherwise go unrecognized, added Dr. Vernberg.

"If a child is frequently showing up at the nurse's office with a fever or vomiting and no obvious illness, it might reflect that the visit is related to victimization and to some extent aggression," Dr. Vernberg said. He added that when a student often visits a school nurse and parents get calls about their child complaining of stomachaches, "it's certainly worth examining the child's relationship with [his or her] peers."

The report is intended to prompt investigation into such cases by school nurses and others to see whether school officials need to intervene to stop bullying.

The Kansas study involved 590 children in grades three through five, and identified a small but statistically significant number who were involved in bullying incidents in six Topeka primary schools. These students went to a nurse's office an average of 4.71 times during the school year.

The study found that aggressive interactions among children can hurt their health and do particular harm to the victimized child, who is likely to become socially withdrawn.

About 45% of trips to the school nurse were for somatic, or physical, complaints such as headaches. Another 13% of visits were for illnesses with physical symptoms, while 42% were for physical injuries with no indicated reasons, based on nursing log notes.

Dr. Vernberg and colleagues used questionnaires to survey students on aggression and victimization, asking them about abuse, which ranged from being kicked or grabbed in a mean way, to a child telling lies about a classmate.

Because children often underreport their own aggression, they were asked to circle the names of classmates who hit, kicked, punched others or spread mean rumors, among other things.

On average, boys scored higher than girls on peer-reported aggression, while scores on being victims of bullies did not significantly differ by gender.

Jeffrey M. Jenson, PhD, chief investigator in a Youth Matters project that focused on aggression and substance use prevention at 28 elementary schools in Denver, said the Kansas study was a significant contribution to research on school bullying and discussed ways to stop it.

"The focus doesn't have to be on bullying, per se, but on developing the necessary skills to help children in situations where bullying might arise," said Dr. Jenson, an endowed professor of children and youth at risk and associate dean of research at the University of Denver's Graduate School of Social Work.

A second approach is to change the classroom culture by hanging banners with anti-bullying messages, putting on skits and plays that explore aggressive interactions, and training teachers to look for signs of bullying and send a message that it's not acceptable, Dr. Jenson added.

"There are some successful outcomes from programs that work to reduce aggression and victimization in schools," he said. "Changing the overall climate is an approach we've used that has shown good results with elementary school kids."

The US Centers for Disease Control and Prevention also suggests that school anti-bullying campaigns always involve students' families. A recent CDC study showed that both bullies and victims are much more likely than other students to have experienced or witnessed physical abuse at home.

The Kansas study authors recommended that future research include rigorous measures of health outcomes, data from physical exams and medical diagnoses to further examine the relationship between bullying and child health.

What to Do If Your Child Is Being Bullied 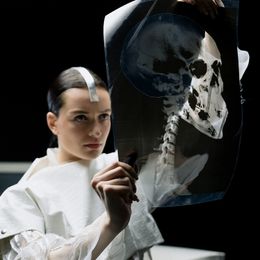