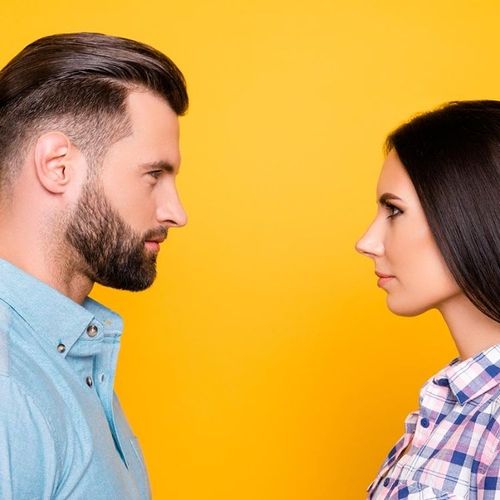 Medical researchers have long known that men and women differ in their susceptibility to common disease, including diabetes, heart disease and cancer.

Now: Researchers are discovering that men and women often respond differently to the same medication.

Example: The allergy drug terfenadine (Seldane) was removed from the market in 1998 when it was discovered that women taking it were at an increased risk for potentially deadly heartbeat irregularities (arrhythmias). Men taking the drug did not have the same risk.

Until quite recently, the pharmaceutical industry mainly tested new drugs on men. Women were not included in drug trials in an effort to protect them and any children if the women became pregnant during the testing. In addition, the hormone fluctuations experienced by women were thought to make them less desirable study subjects than men.

In 1993, after researchers discovered that men and women respond differently to drugs, the US Food and Drug Administration (FDA) began requiring that women be included in drug trials for medications that would be taken by them.

Among the most popular theories to explain gender-related differences in drugs are...

Hormones. The enzymes that metabolize drugs are affected by hormones, which differ greatly in men and women. For example, the "female" hormone progesterone, which increases just prior to menstruation, accelerates the breakdown of the steroid prednisone in the body. This means that a woman who has asthma might require a higher dose of the drug just before her menstrual period in order to avoid an attack.

Fatty tissue. Some drugs are stored in fatty tissue. Because women typically have a higher percentage of body fat than men, women might require a lower drug dose in some cases because the drug is stored in the fatty tissue and is avail, able for a longer period of time after dosing.

Following are five common medications that have sex-specific differences...

Women may be biologically more sensitive to pain than men-and they are known to experience more inflammation from infection and injury. Therefore, women may require higher doses of analgesics that have an anti-inflammatory component.

Women often do better with ibuprofen(Advil) or another nonsteroidal anti-inflammatory drug (NSAID), such as naproxen (Aleve), than with pain relievers, such as acetaminophen (Tylenol), that do not treat inflammation.

Best advice: For severe pain-following surgery, for example-women should ask their doctors for a "kappa opioid," such as butorphanol tartrate (Stadol), a morphine like painkiller. This class of drugs is much more effective for women than other analgesics. In men, kappa opioids are not as effective as other drugs.

Women tend to wake up quicker than men following anesthesia- an average of six minutes faster-even when they're given the same dose relative to their body weight. Women also experience more side effects from anesthesia than men and are more likely to report some consciousness during surgical procedures.

Despite this, women tend to be given less pain-relieving medication in the recovery room following surgery.

Reason: A man's blood pressure rises when he's in pain. Doctors rely on this to indicate when to use drugs and how much to give. Women in pain frequently have a drop in blood pressure-and a more rapid heart rate as a result, which is a better indicator of how much distress they are feeling.

Best advice: Before an operation, women should request that their heart rate be monitored as a pain indicator along with blood pressure. If their heart rate increases, their doctors should consider providing more pain medication.

This class of drugs is used to treat heart arrhythmias. One popular anti-arrhythmic, sotalol (Betapace), is more dangerous for women than for men. Due to differences in the characteristics of the cardiac cell membranes in men and women, sotalol, which acts on these cell membranes, can increase a woman's risk of ventricular tachycardia, a potentially life-threatening arrhythmia.

Best advice: A woman who needs an antiarrhythmic drug can sometimes be treated using another drug in the same class. If she requires sotalol, she should be advised to stay in a hospital or another type of facility that can provide continuous heart monitoring-and cardiac resuscitation, if necessary.

These days, most people who are diagnosed with depression are prescribed a selective serotonin reuptake inhibitor (SSRI) antidepressant, such as paroxetine(Paxil) or fluoxetine(Prozac). These drugs increase brain concentrations of serotonin, a neurotransmitter that regulates mood.

However, a new study shows that men don't appear to benefit from SSRIs as much as women-perhaps because men are known to have approximately 50% more brain serotonin than women. Therefore, increasing the levels of this neurotransmitter through drug therapy has relatively modest effects in men.

Best advice: Tricyclic antidepressants, such as amitriptyline (Elavil) or nortriptyline (Pamelor), are often better choices for men. These older drugs have a higher risk for side effects, such as weight gain and dry mouth, than the SSRIs, but are more likely to be effective in men.

Millions of healthy Americans take aspirin daily or every other day to "thin" the blood and reduce the risk of clots, which can contribute to heart attack and/or stroke. However, doctors must weigh the potential benefits of aspirin therapy against the potential risks. In both sexes, regular aspirin use has been shown to increase the risk of gastrointestinal bleeding.

New finding: In men, daily aspirin can lower heart attack risk by 32%, according to a recent analysis of aspirin therapy conducted by researchers at Duke University Medical Center in Durham, North Carolina. Aspirin does not have this effect in all women. However, women who take a daily or every-other-day aspirin were found to have a 17% reduction in the risk for stroke.

Best advice: For men who ate at risk of heart attack (due to smoking, high blood pressure or family history), aspirin therapy can often be a good choice.

Women younger than 65 who are concerned about heart protection alone may want to forgo aspirin therapy and focus on other protective strategies, including weight control, not smoking, regular exercise, etc.

In women older than 65, the heart benefits of aspirin therapy may outweigh the risks for stomach problems.

Because women have strokes almost as often as 11sn-2nd their risk of dying from stroke is even higher-they should consider aspirin therapy if they have stroke risk factors, such as smoking, high blood pressure, etc.

Important: Consult your doctor before starting or discontinuing aspirin therapy. 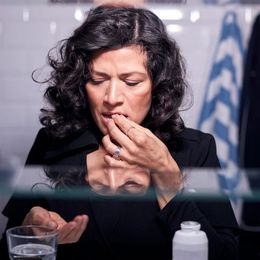 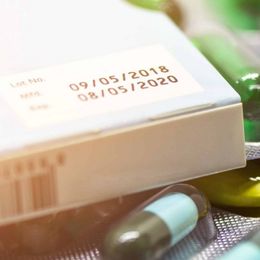