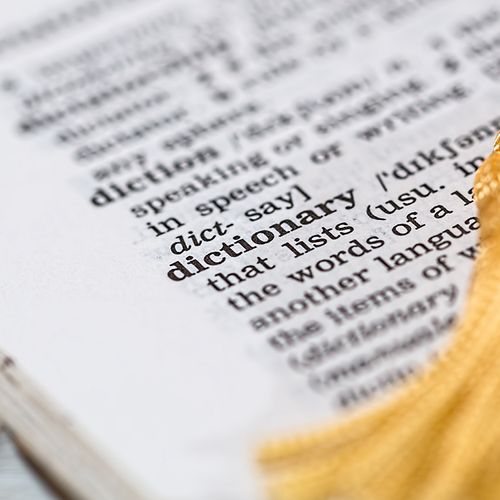 Learning a second language is one of the best ways to achieve the type of mental stimulation that many experts believe can help us stave off neurodegenerative diseases such as Alzheimer's.

But if it's been decades since you've called yourself a student-or if you consider yourself just "not good at languages—how should you embark upon this brain-boosting goal?

We spoke with Kira Gor, PhD, a leading authority on how adults acquire second-language skills.

Here are her secrets

Secret 1: Choose wisely. Learning a second language is a popular way to promote brain health because it activates the brain's capacity for "neuroplasticity"—that is, the brain's ability to "rewire" itself by creating new connections among brain cells.

But it's important for an English speaker to realize that trying to learn Chinese or Arabic, for example, will be far more difficult than, say, a romance language, such as Spanish, French or Italian. That's because the grammar, spelling systems and sounds of Chinese and Arabic are so different from those of English.

My advice: Pursue a second language that will challenge you-but not be overwhelming. The more difficult a language is, the longer the route to its mastery. To determine the difficulty and time it takes to learn a particular language, visit the Effective Language Learning Web site, www.effectivelanguagelearning.com and click on the "Language Guide" tab. (Note: These Foreign Service Institute estimates are for intensive classroom instruction, not self-instruction) Motivation is also important when deciding on a language-for example, are you drawn to the culture of people who speak that particular language?...do friends and/or family members speak it?

Secret 2: Uncover your learning style. Just as some people are athletic and others artistic, each of us has a learning style that works best for us-whether visual, auditory or kinesthetic (movement based). For example, if you wanted to remember a new phone number, consider which is easier for you to read it, hear it or write it down. Those who are visual might rely on flash cards, while auditory learners depend on recordings of the language. A kinesthetic learner would be wise to write out words and phrases many times.

Note: There is always an advantage to having an instructor, but a motivated adult can learn a language on his/her own.

My advice: Particularly in our Internet-dominated culture, most adults need a significant amount of visual input-it tends to be relied upon more heavily than auditory or kinesthetic input. For this reason, you should make sure that you spend at least some time, preferably every day, reading in the foreign language. Internet sites chosen based on your personal interests are excellent resources.

Secret 3: Make it personal. Language is meaningless if you're practicing rote, impersonal words and phrases. Good language instruction often relies on simple conversational formulas that help students personalize their speech even at low proficiency levels. For example, you may learn to discuss your preferences-say what your favorite foods are or your favorite season in the language you are studying.

My advice: As much as possible, incorporate personal information, such as small facts about yourself, family members, friends or even your pets, when learning a second language. This keeps you motivated and helps you turn what could be a mechanical drill into something personal and fun.

Secret 4: Trick your brain. New research helps explain why adults sometimes have difficulty learning a second language. Adult brains, scientists have discovered, are accustomed to ignoring unfamiliar sounds or grammatical features so that one's full attention can be given to the speaker's native language-a process that often makes it tougher to learn a second language.

Fortunately, we can retrain our brains to focus on specific sounds or grammatical structures of the language we are trying to learn. But we first must become familiar with the unique elements of that language, including letters and symbols that may sound alike for a speaker of English, but differentiate words in the foreign language.

My advice: Once you've started learning a new language, make a chart of phonological units (using words that sound alike) in the language you're learning. In English, for example, this could include such words as "bad" and "bed"...or "big" and "pig." In French, such words would include "tu" (which means "you" informally) and "tout" (meaning "every'), that in pronunciation differ only by the vowel sound-the being the same and the final consonant silent.

Frequently reading and speaking those words together, ideally for 10 minutes every day—whether alone, in class or listening to a recording—is the most efficient way to retrain your brain to identify and produce new sounds.

Secret 5: Practice, practice, practice. By far the most important factor in determining your ability to learn a second language is how much time you spend immersed in it. Without consistent practice, you won't retain what you've learned.

While listening is important, it is the most passive form of learning-speaking and writing engage more active parts of the brain. Repeating words and sentences over and over helps your mouth get used to pronouncing unusual sounds and sequences of words.

My advice: Several times a week—or even better, every day-listen to the language you're learning (for example, on CDs). When listening, do so at a proficiency level that's only slightly above your own—it will stretch your abilities without overwhelming you. You will know the level is right when you understand almost everything and can guess the rest.) Even more importantly, speak, read and write in the language. The key is consistency and frequency30 minutes every day is better than two hours twice a week. Language is very much a "use it or lose it" skill-ignore it, and it will go away.

Fish Oil May Pump Up Muscles

Older adults who took high doses of omega-3 fatty acids daily for eight weeks showed an increase in muscle protein synthesis and improved muscle-cell growth. Study participants took Lovaza-a prescription-strength omega-3 that is approved by the FDA for treating high triglycerides. One dose of Lovaza has 1.86 grams of EPA and 15 grams of DHA-significantly more than is found in typical fish oil supplements. Dietary omega-3 fatty acid supplementation may provide a safe, low-cost way to fight sarcopenia, a loss of lean muscle mass, strength and function associated with aging, but further research is needed.

A refrigerated cap worn by insomnia patients A caused them to fall asleep in 13 minutes (faster than those who also wore caps but didn't have insomnia). Cooling the frontal cortex, an overactive area in those with insomnia, restores restful sleep-a finding that may lead to the development of brain-cooling caps. 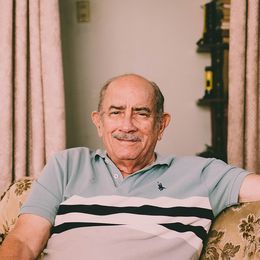 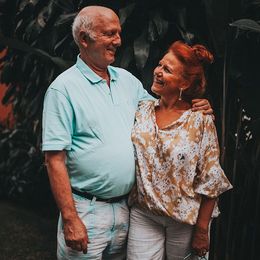