The drug alendronate (Fosamax), one of the bisphosphonates developed to help prevent bone loss and treat it, is often prescribed as a long-term remedy for women in post-menopause. It's been deemed as safe for the life of the patient. A recent study has cast long shadows on that assumption.

Salvatore Ruggiero, DMD, MD, chief of oral and maxillofacial surgery at Long Island Jewish Medical Center in New Hyde Park, New York, was astonished to see a rare condition develop with the jawbone in a set of female patients. The condition, osteonecrosis of the jaw (ON), tends to occur after dental work that causes trauma to the jaw. Doctors often detect it when the jawbone becomes exposed and sometimes an infection has set in.

Dr. Ruggiero stresses that while the Food and Drug Administration (FDA) now requires that drug manufacturers add labeling stating that ONJ is a potential side effect of bisphosphonates, the condition as associated with osteoporosis is extremely rare. Of the 159 ONJ patients from his medical center, just 25 had taken the medication orally and the overall percentage of women on oral bisphosphonates who develop ONT is much smaller than that-well under 1% of all patients, he says.

Some doctors think that ONT is just the first sign of a broader bone deterioration problem.

Prior to the FDA disclosure, the main reported side effects of bisphosphonates were gastrointestinal problems. As long as women's "tummies didn't rumble" they saw no reason to suspend use of the medication. Besides, ibandronate (Boniva), a newer bisphosphonate drug that requires taking just once a month rather than daily or weekly, as with Fosamax, seemed to help with GI side effects.

Dr. Ruggiero feels it is time to rethink the length of time osteoporosis patients are allowed to stay on any drugs. He anticipates that the next step may be to have "drug holidays in which women go off the medication for several years at a time, and return to it for the same period before suspending its use once again. Women would need to be monitored in this period for any bone deterioration with bone-density scans...and they must also be careful to continue vigilance about protecting their bone strength in more traditional ways, such as taking their calcium and Vitamin D, exercising regularly, limiting alcohol and not smoking.

Dr. Ruggiero is concerned about overreaction among patients who are avoiding routine dental care and even among dentists who are reluctant to treat this group of patients. He stresses that routine dental care is not likely to open the gates to ON—it is bone that was once traumatized that fails to heal properly that causes the problem...for example, work that involves trauma to the jaw including extractions and implants.

Furthermore, he says it is critical for all women on bisphosphonates to get regular careful dental care. That is how they can be sure their teeth will stay strong so they will not end up needing extractions or implants. He says for those women who do have to have dental work that will involve jawbone healing, current information shows that there is nothing to worry about if they have been on oral bisphosphonates for up to five years.

The exception: For those patients taking steroids and a bisphosphonate, the time window is much less, or as little as two years. For those who have taken them longer, Dr. Ruggiero suggests going off the medication for at least a few months before elective dental work. Even though these drugs stay in the bones for an extremely long time, he says that a year off them does seem to make ONT more manageable—assuming that normal bone cell function can be restored and metabolically supported, based on the ebb and flow of bone cell formation and resorption.

Symptoms of ON are pain and/or numbness in the jaw, swelling, loosened teeth, gum infections and exposure of bone within the oral cavity. Women who experience any of these signs should see their doctor right away.

Dr. Ruggiero says not to be alarmed about the possibility that problems like this could develop in other bones in the body, from bisphosphonates. To date, there have been no reports of this complication occurring anywhere other than the jaw, he added.

In a study of 668 women with ovarian cancer and 721 healthy women, those who took the herbal supplement ginkgo biloba for at least six months (for any reason) were 60% less likely to develop ovarian cancer.

Self-defense: Women at elevated risk for ovarian cancer due to family history, for example) may want to ask their doctors about taking ginkgo biloba.

Caution: Do not use ginkgo if you take a blood thinner.

In a study including 1,305 women ages 40 to 150, researchers analyzed the results of Pap smears and testing for human papillomavirus (HPV), a common cause of cervical cancer.

Result: Twenty-one percent of the women who tested positive for HPV at the beginning of the study developed cervical cancer or precancerous cervical lesions within a 10-year period, even though the results of their Pap smears, which also had been performed at the beginning of the study, were negative. If you are over age 40, ask your gynecologist about receiving an HPV test with your PAP smear.

Are You Taking This Potent Anticancer Vitamin?

Vitamin D can drive down mortality rates from 16 types of cancer, including breast and ovarian, by up to 70%. As a possible cancer preventive, be sure to get at least 1,000 IU of vitamin D-3 (cholecalciferol-not D-2, ergocalciferol, which is less effective) in summer and 2,000 IU in winter. For most people, it is best to take 1,500 IU daily in supplement form.

In a recent finding, women who obtain as little as 2% of total calories from trans fats instead of monounsaturated fats are twice as likely to have ovulation-related fertility problems. Each 2% increase in trans fat consumption raises ovulation-related infertility by 73%. Trans fats are found mainly in commercially baked and fried products.

Self-defense: Be extra vigilant about avoiding trans fats if you are childbearing age and are planning to have children. 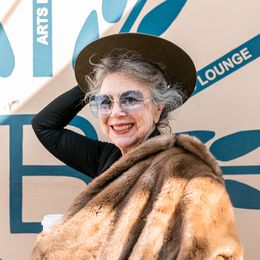 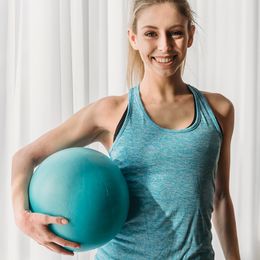