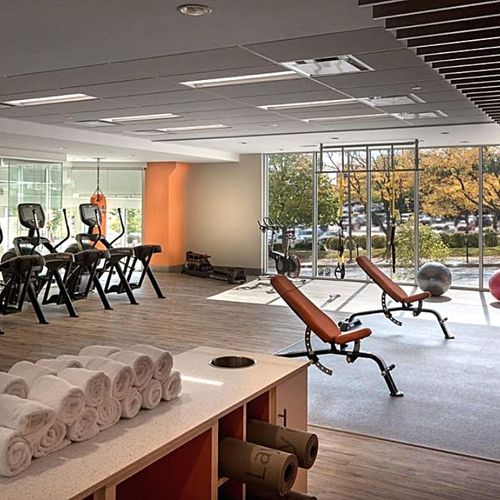 Beware: Hotels, Hospitals And Health Clubs Can Make You Sick

Mold in homes has been linked to asthma, headaches, fatigue, skin irritations and increased cancer risk.

Important: Mold and other health-threatening irritants can be everywhere, including hotels, hospitals, health clubs and libraries.

You should suspect that you're in a sick building if you experience respiratory symptoms (coughing, sneezing, etc) that come on soon after you enter that space.

Places to watch out for and steps to take…

Carpeting and heating/cooling systems pose the biggest risks because they may be contaminated with mold and/or cleaning residues. Helpful…

Ask for a room on the second floor or higher. The carpeted ground floor of a two story motel is typically the dampest and most likely to be moldy. Avoid rooms located directly off an atrium that has a waterfall or a fountain and rooms near an indoor pool.

Turn off the air conditioner/heater fan. The fan coils may have mold.

Helpful: Before booking a room, ask if the windows can be opened. Keeping windows open can reduce exposure to indoor contaminants.

Ask for synthetic bedding. The feathers in bedding shed millions of tiny particles that can trigger asthma attacks and other respiratory problems.

Cover the carpet with adhesive plastic, such as Pro Tect (800-545-0826, uww.pro-tect.com, $44 for a 2'x 200' roll). It traps mold spores and particulate allergens and irritants. For a short stay, just cover the most used areas—the walking path around the beds and to the bathroom and entry.

Avoid hotels and motels undergoing renovation, which may result in irritating dust or chemical emissions from new furniture and carpeting.

Books can harbor significant amounts of allergen- containing dust, particularly if they aren't used often. If you experience symptoms after being at a library or taking home library books...

The chemical air fresheners in public bathrooms are a common cause of respiratory symptoms. More than 10% of Americans have some degree of chemical sensitivity. Air fresheners—as well as scented candles—are a particular problem because they're designed to disperse chemicals into the air.

In offices and hotels, ask the cleaning staff to avoid using fragranced products and cleaners with chemical odors. If you're in a hotel, you could also ask the housekeeping staff to skip your room.

Breathe through a folded paper towel or T-shirt when entering an area with a strong fragrance. Or use an N95 mask (available at hardware and medical-supply stores for about $1.25 each).

Be aware that the urinals in men's bathrooms often contain a block of paradichlorobenzene (the toxic substance that mothballs are made ofl, which can be extremely irritating to people with chemical sensitivities. If there is a window that vents to the outside, open it. A clean, well-ventilated restroom doesn't need chemicals to smell fresh.

The backs and bottoms of old furniture often have mold. Even if an item has been kept in a dry place, it can harbor mold spores that are decades old. Consider wearing an N95 face mask when browsing in antiques stores.

After buying old furniture: If you notice a musty smell or are having symptoms, you may want to take the furniture outside and wipe unfinished surfaces with denatured alcohol. Apply a layer of clear finish to seal in mold spores and reduce mold growth. Mold growth on finished surfaces can be cleaned with any furniture cleaner (do this outdoors as well).

Caution: Don't do anything to an antique without consulting a dealer.

Many fitness centers are warehouse-like structures that are built at or below ground level—an optimal environment for dampness and mold growth. If possible, join a health club that is above ground level—preferably one that can be ventilated with fresh air from open windows.

If there's a pool or hot tub, the smell of chlorine should not be so overpowering that it feels like your eyes or nose are burning. Chlorine and other pool disinfectants are a common cause of lung irritation. This problem can be worse in health clubs because people are exercising and breathing deeply.

These often are modern, tightly sealed buildings, which, if the ventilation is inadequate, can result in high levels of indoor carbon dioxide. Medical and dental facilities also can tr:ap large amounts of irritating chemical fumes-from anesthetics, disinfectants, etc.

If you notice strong smells: Wear a charcoal mask. (You can remove it during oral or nasal exams/treatments) Unlike N95 masks, which trap only particles, charcoal masks also trap gases and chemical vapors. Single-use masks cost about $10. Reusable charcoal respirators with replaceable cartridges cost about $30 each. Both types are available at building-supply stores and some hardware stores.

We trust our lives to airplanes and the pilots who fly them, but there is a lot that the average passenger doesn't know about modern aircraft. We asked a veteran airline captain to answer some of the most common passenger questions…

The best spot is over the wing or a few rows in front of the wing, When a plane climbs or descends, it pivots on its center of gravity, which tends to be just in front of the wings. The closer you are to this point, the less you'll feel the movement, just as sitting in the middle of a seesaw subjects you to less movement than sitting at the end.

How do you prevent jet lag?

I really don't suffer much from jet lag. I always observe local time, though many pilots keep their watches set to their hometown time and try to sleep accordingly. If you're traveling on business, this may be impractical.

The best advice is to stay well-hydrated and rest on the plane if you're traveling overnight and arriving in the morning. If you are traveling during the day, plan to read or watch a movie en route so that you're ready to sleep that night after you arrive.

Could the "autopilot" fly or land a plane without the pilots?

Not really. Autopilot can't do much more than fly a programmed route or maintain the last heading or altitude entered by the pilots. Pilots are needed to manage the autopilot during the flight.

The autopilot sometimes plays a role in landings—it can keep the plane lined up with the centerline of the runway and even land the plane under certain conditions—but the pilot must control the air speed (even if autothrottles are used, they must be programmed and the speed monitored), flaps and landing gear. The autopilot plays no role at all in takeoffs, although some airplanes may employ autothrottles during takeoff.

Airline pilots are among the most thoroughly trained and tested professionals in the US. They also must go through rigorous retraining each year to remain certified. Any pilot at any airline in this country can be trusted to be a proficient flier.

The pilot certification process may not be as rigorous in some less-developed countries, however. Before you board a flight on a small airline in another country, consider checking the airline's safety record on the Web site www.airsafe.com. You can view accident reports and other statistics and reach your own conclusions.

Not only are they not dangerous, they don't exist. The term "air pocket" was coined by a journalist during World War I, but he really just was referring to turbulence-irregular air currents that can shake aircraft around a bit.

When a plane "hits an air pocket" and seems to drop 1,000 feet, it really has just run into a little turbulence and probably dropped or climbed no more than 10 to 20 feet. Light turbulence is so common and inconsequential that experienced pilots scarcely notice it.

There is such a thing as "severe turbulence," which can be strong enough to injure passengers who aren't wearing their seat belts, but this is so rare that I have never encountered it in over 32 years of flying. Modern radar is advanced enough that pilots usually can steer clear of areas that have a high probability of moderate or severe turbulence.

Even when a plane does encounter severe turbulence, it won't crash because of it. When was the last time you read or heard of an airplane accident blamed on turbulence? If you're worried that a little turbulence will bring down your flight, watch one of those Discovery channel documentaries on "hurricane hunter" planes that fly right into the middle of huge storms and come out unscathed on the other side. A modern passenger jet is just as sturdy.

On occasion, if it gets really rough, an overhead compartment could open, especially if it isn't securely latched. I have never witnessed more than one compartment at a time come open due to turbulence, and I have only seen this once or twice

My plane has been struck at least three times in my career. There's sometimes a bang, like a cannon going off, but it's not all that dangerous. The lightning charge simply travels around the plane's metal exterior, then off the "static wicks" (pencil-like protrusions) on the trailing edges and tips of the wings and tail.

It is true that lightning can cause problems for a plane's electrical systems. Once, on a flight from Oakland to Denver, a lightning strike knocked out my plane's power, but only for a few seconds. Even if the plane's main electrical system had been permanently disabled, we still had standby power. Some modern planes even are equipped with Ram Air Turbines (RATs), which use the airstream to poril/er onboard electrical backup generators and hydraulic systems.

Between the emergency power systems and the extensive training that pilots receive, there's no reason to think that a plane would crash just because its main electrical system went out.

I suggest that you consider the statistics regarding flying. It really is true that the drive to the airport is many, many times more dangerous than the flight. Personally, I feel far safer in a plane than I do in a car.

All US airports are safe, but some are more modern than others and thus probably a little safer. 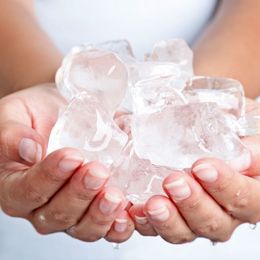 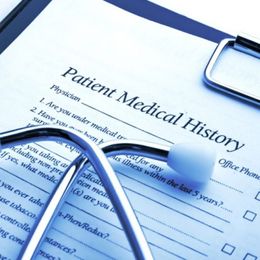